The morning after a Winnipeg police officer fired multiple rounds and critically injured an armed 16-year-old male outside a West End convenience store, remnants of the violence were visible.

The morning after a Winnipeg police officer fired multiple rounds and critically injured an armed 16-year-old male outside a West End convenience store, remnants of the violence were visible.

Police evidence tags littered the ground, bullet holes were chipped into the wall, blood was smeared across concrete.

The Thursday incident, captured on video from multiple angles and shared widely on social media, has divided public opinion: many argued the shooting was justified; some said it was unnecessary or too many rounds were fired.

Police flooded the area surrounding the 7-Eleven on the corner of Ellice Avenue and Arlington Street around 5:30 p.m., after receiving multiple 911 calls reporting a robbery in progress. Video footage shows a 16-year-old male suspect — armed with what appears to be a machete — exit the store.

One of the responding officers, whose gun is unholstered prior to the suspect exiting the business, yells for him to drop the weapon. The suspect doesn’t comply, and continues approaching the officer.

Nine gunshots are then heard.

“You have split seconds to make that decision, and multiple rounds have to be fired to stop the threat. And anyone who doesn’t understand that is simply being an armchair quarterback and has no concept of what’s required,” Winnipeg Police Service spokesman Const. Rob Carver said Friday.

“We have all sorts of scientific evidence that what is required to stop that threat, and it typically takes multiple rounds to (a body’s) centre mass.”

The shooting came one day after a vicious and brazen armed robbery at the Tyndall Market Liquor Mart. Three suspects — one of them alleged to be a 15-year-old male — robbed the store, assaulting two female employees in the process, sending one to hospital with serious injuries.

The back-to-back incidents, both allegedly involving youth, are just the latest examples of a crime wave that’s rocked Winnipeg in 2019 — a year which has thus far seen a record-tying 41 homicides and a spike in violent offences.

Speaking at city hall Friday, WPS Chief Danny Smyth said his officers are just as concerned as everyone else that lawlessness and violence are taking over the streets.

While police have defended the officer’s decision to open fire Thursday — citing evidence the suspect approached with an edged weapon and looked ready to strike — others have questioned the level of response.

“The way police are trained is, when they’re met with force, they’re trained to use one level of force above what they’re met with in order to get control of the situation,” said Bronwyn Dobchuk-Land, assistant professor of criminal justice at the University of Winnipeg.

“Police are trained to escalate a situation. It’s a principal of escalation, not de-escalation.”

Dobchuk-Land points to work front-line community groups are doing, such as the Manitoba Harm Reduction Network, as a model for how people experiencing crisis should be dealt with.

She also said society needs to address the root causes of crime — including poverty, inter-generational trauma, structural racism and a lack of social safety nets — if it wants to get serious about minimizing violence.

“We know from many people, in many, many institutions in our communities, who come face-to-face with people who are in crisis — even violent people — and they do not respond with violence. But with police, people in crisis situations are transformed into threats, as opposed to being seen as people in crisis.”

When asked to respond to critics Friday, Carver said the role of police isn’t to retreat in the face of life-threatening situations, but rather to put an end to a threat of violence by whatever means necessary.

“Society doesn’t expect us to back up and run away and hope he doesn’t hurt someone. Our responsibility is to stop that threat — first and foremost to us, but also to anyone around us. There were people in that area,” Carver said.

“All of our training is to draw our weapon and challenge the individual to stop. If they don’t, we’re going to shoot — and that’s what happened.”

The Independent Investigation Unit of Manitoba (the provincial police watchdog) is investigating the shooting. The agency is mandated to investigate when the action, or inaction, of an officer results in serious injury or death.

There have been six officer-involved shootings in Winnipeg in 2019. In total, eight people have died in custody or following altercations with police.

Thursday’s incident marks the first time this year police have shot a minor. 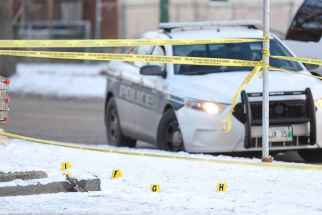 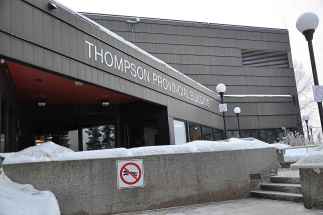 Police board gets earful over proposed budget 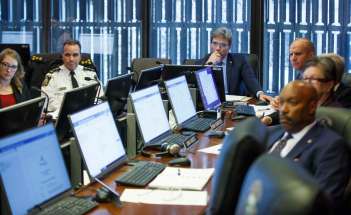 Don’t you cry for me 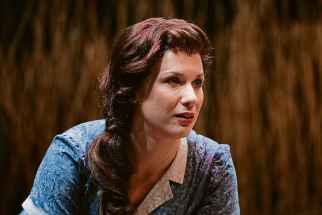 In the West End, Wall Street’s stock is rising 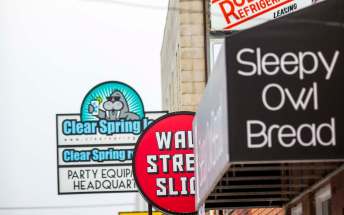 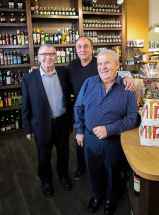 Bold predictions for a Bombers win on Sunday 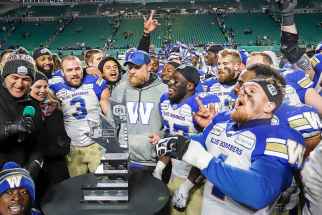 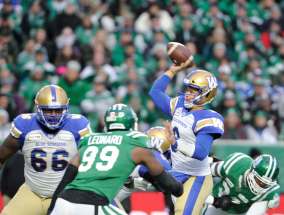 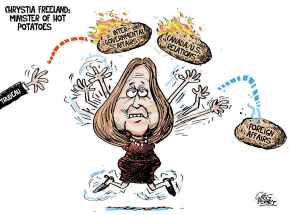