Blake Wheeler can be a lot of things: intense, driven, prickly, confident, brash. But he is certainly not selfish, which has become abundantly clear in this most unusual season for the Winnipeg Jets.

Blake Wheeler can be a lot of things: intense, driven, prickly, confident, brash. But he is certainly not selfish, which has become abundantly clear in this most unusual season for the Winnipeg Jets.

We saw that in November when good friend and teammate Bryan Little went down with a gruesome season-ending injury. Wheeler immediately texted head coach Paul Maurice and offered to do whatever was necessary to help fill the void. In this case, that meant moving out of his comfort zone as the right-winger on the top line with centre Mark Scheifele to take Little’s spot as the second-line centre.

We heard it again on Tuesday night after somewhat desperate times called for desperate measures and Wheeler was moved back beside his slumping buddy Scheifele, who hasn’t scored in 12 games and counting. It was an instant success as the dynamic duo, along with Nikolaj Ehlers, combined for three goals (two by Wheeler, one by Ehlers) and eight points in a 6-3 victory over Los Angeles.

Perhaps more important than that performance, which moved the Jets within a point of a playoff spot, was what came out of the mouth of the captain in his post-game chat with the media.

“Obviously in the back of my head, I know where I rank in terms of right-wingers in this world. I like being on the wall, and playing with a centre iceman like Mark makes me a better hockey player,” Wheeler began, adding that being back in that spot was “like riding a bike.”

Spoken like a true leader, and no doubt music to the ears of other players, coaches and management. Wheeler has deftly stick-handled his way through the many ups and downs of this season — his nearly 10-minute take on the Dustin Byfuglien situation a couple of weeks ago in St. Louis was stellar stuff — and that includes putting the team’s best interests ahead of his own.

It would be easy to suggest that’s the way all pro athletes should be, but that’s often not the case in a testosterone-fuelled, ego-driven environment. In Wheeler’s case, I believe his sentiments are truly genuine and not just a public act masking some kind of behind-the-scenes grumbling and/or lobbying.

The 33-year-old already has his money and long-term security in the form of a contract that runs through the 2023-24 season and pays him US $8.25 million annually. In that sense, personal triumphs including goals, assists and points don’t really move the needle.

What Wheeler doesn’t have is a Stanley Cup, nor time on his side the way many of his younger teammates do. He knows he’s running out of chances, something he’s brought up with me on multiple occasions this season.

It truly is a case of all for one and one for all.

This leads us to the most interesting part of reuniting Wheeler and Scheifele, a move the two players were having a hard time hiding their excitement about on Tuesday night. If Maurice elects to keep them together, which I suspect is going to be the case, it won’t be simply a case of the coach trying to keep his two big stars happy. Rather, it’s a sign that there’s been enough development from other players in the lineup to make it work.

That’s where Andrew Copp and Jack Roslovic enter the picture and appear to provide some much-needed clarity.

Copp is having a breakthrough campaign, proving his worth as a versatile, two-way Swiss Army knife of sorts who makes any line he plays on better and can handle both the wing and centre positions. That has allowed Maurice to use him, as he did Tuesday, up the middle of the second line, between dynamic wingers Kyle Connor and Patrik Laine.

Then there’s Roslovic, who has strung together two terrific games in a row as part of a new-look third line with fellow 2015 draftees Mason Appleton and Jansen Harkins. The kids are truly all right, and Roslovic seems to be thriving with the increased responsibility of being back at centre, not to mention being the most experienced player on his line.

“Selfishly, you want to play with the guys that bring out the best in you and vice versa. With the circumstances of the season, we don’t really have that luxury.” – Blake Wheeler

“It would be one of the reasons why you would strongly consider (keeping Scheifele and Wheeler together) is the play of the Roslovic line,” admitted Maurice. “There’s no reason why Kyle Connor, who going into the game is our leading scorer, with Patty and Andrew Copp, who’s arguably our best defensive forward, can’t be very, very strong as a line.”

The Jets can’t be just a one or two-line team. You simply don’t win that way over the long haul.

Wheeler agreed it was necessary to play apart from Scheifele for a stretch, even if that meant his own numbers might take a hit. In his case, the goals are still there (he’s already matched the 20 he scored last season and may exceed the 23 registered a year earlier), but the points are not (he has 34 assists and won’t come anywhere close to the 71 and 68 he put up the last two seasons).

“I think I’ve been able to be somewhat productive as a centre iceman. The goal wasn’t how many points could I get and how could I play the best hockey of my career, it was more how can we make this thing work and get the most out of our lineup and try to win some hockey games. That was the thought all along,” said Wheeler.

“Selfishly, you want to play with the guys that bring out the best in you and vice versa. With the circumstances of the season, we don’t really have that luxury. It’s just about filling in and doing the best you can and trying to plug in any holes that might come up.”

Now, it turns out, that hole is in the most unexpected of places, with Scheifele in need of a spark. If the Jets are to make any noise, they need their No. 1 centre to be firing on all cylinders.

And Wheeler, as he’s been doing all season, is willing to do whatever it takes to make that happen. 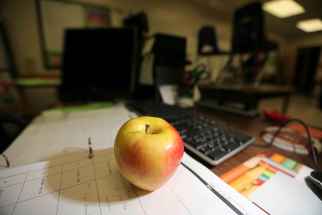 Riel was never premier; it would be wrong to say he was 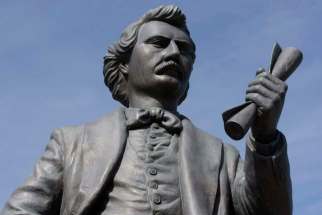 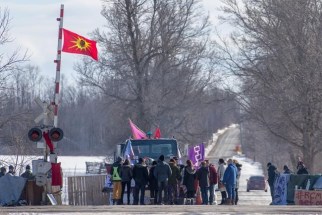 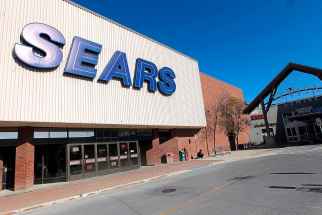 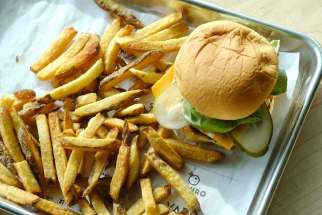 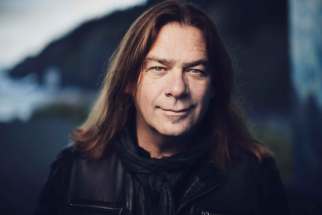 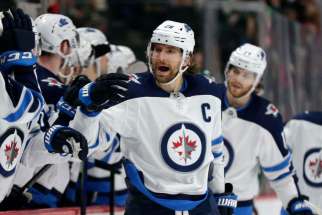 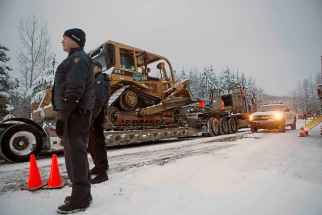