When the spread of misinformation, panic, and fear during an epidemic becomes more difficult to control than the virus itself, it can make the job of containing an infectious disease a lot tougher.

When the spread of misinformation, panic, and fear during an epidemic becomes more difficult to control than the virus itself, it can make the job of containing an infectious disease a lot tougher.

That’s the challenge facing World Health Organization officials, whose focus on science and evidence-based decision-making to fight the novel coronavirus has not always been well received.

With almost daily reports of new travel restrictions and trading disruptions brought in by various countries, hoarding of medical equipment, closing of schools and other facilities and cancellations of large gatherings – which are often not based on well-established public health principles – it’s easy to see why some WHO officials are showing signs of frustration.

Ryan was responding to a question from a Mexican reporter regarding what she said was a lax response from many in her country to the COVID-19 disease. How does the WHO strike the right balance between effective communication and avoiding panic?

“I’ll ask you and others, what are you doing to balance that message on the international front?” Ryan shot back, perhaps responding to some of the sensational reports in recent weeks around the disease. “What’s your responsibility in this?”

How to protect yourself and others from COVID-19

COVID-19 is now impacting the lives of Canadians on many levels and people across the country are seeking answers to numerous important questions they have about the novel coronavirus. Below is a summary:

What is coronavirus or COVID-19?Coronaviruses are a large family of viruses that can cause illnesses in animals or humans.  In humans, several types of coronaviruses cause respiratory infections ranging from the common cold to more severe diseases such as Severe Acute Respiratory Syndrome (SARS).

The most recently discovered (or "novel") coronavirus causes the illness known as COVID-19.

The new virus and disease were unknown until an outbraeak in Wuhan, China, began in December 2019.

The central point the WHO has been trying to make all along is that not only can this virus still be controlled, it has been contained in a number of countries – not just in China. As a result of aggressive efforts to identify infected people, trace their contacts and relentlessly communicate steps individuals can take to mitigate the spread of the disease, many countries have seen rapid declines in new cases.

But that window of opportunity is closing as the virus spreads to more countries – which means countries need to do everything in their power now to apply evidence-based, public health measures to contain the spread. If they do, there’s a good chance the virus can at least be slowed, giving countries more time to prepare their health care systems and develop a vaccine, said Ryan.

That’s a tough message to get through when panic and emotion overtake reason and evidence-based decision-making. Arbitrary travel bans are a perfect example.

“Travel measures by themselves do not represent an adequate response to the spread of any infectious disease and that has increasingly been proven to be true in this event,” said Ryan during Tuesday’s briefing.

That doesn’t mean travel restrictions are never effective. But they should only be used in conjunction with other containment measures and only in countries where the virus is widespread. The reason is simple: travel and trade restrictions result in significant economic and social harm, often outweighing any benefits that may contribute to containing the virus.

It’s the same with banning large gatherings. “Social distancing” may be useful in countries where there is community transmission. But it makes no sense in countries with few, or any, confirmed cases of COVID-19, said Ryan.

It’s one of many overreactions we’re seeing in some parts of the world, many of which add to the disruption of supply chains, job losses and the possibility of a global recession. It makes fighting any infectious disease that much more difficult.

“The simplest and most straightforward of public health measures in countries, if applied aggressively and persistently over time, have shown in many countries that the disease can be brought under control.” – Dr. Michael J. Ryan

What countries should be focusing on are proven, evidence-based public health measures, including in Canada, which had 30 confirmed cases as of Tuesday (but still no deaths).

“We don’t necessarily need the kinds of measures that have been put in place in Hubei (China), because we’re not there yet in most countries,” said Ryan. “The simplest and most straightforward of public health measures in countries, if applied aggressively and persistently over time, have shown in many countries that the disease can be brought under control.”

The sooner countries begin, the more effective containment will be. But panic, misinformation, and knee-jerk reactions will only make things worse.

Lessons from SARS are being ignored

Virus spurs pragmatic shoppers to stock up on basics

The impact of spreading virus on businesses and economy

Tensions rise as US death toll from coronavirus reaches 9 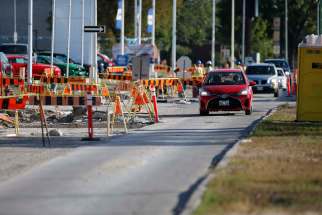 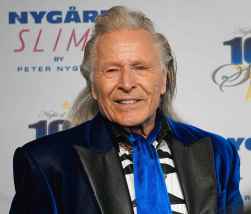 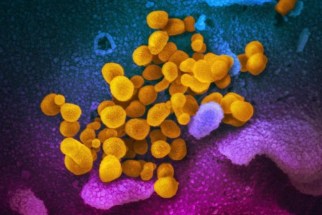 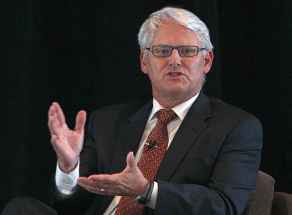 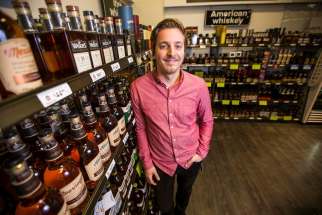 Wrestling with immigration: Syrian can't wait to compete for Canada 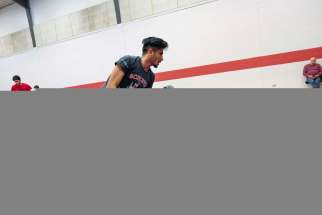 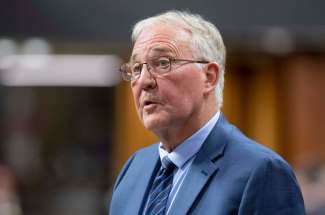