That’s not an easy thing to write about the most visible authority figure tasked with trying to inform and keep the nation calm during a worldwide pandemic.

But he did. “Right now it’s more important than ever that Canadians have access to the latest news and information,” Trudeau said during his daily news conference on Wednesday.

“To ensure that journalists can continue to do this vital work, our government is announcing new measures to support them.”

Then his government reannounced measures to support journalism that were first announced more than a year ago, which have been mismanaged and delayed and, to date, have provided zero dollars to news outlets such as the Winnipeg Free Press.

There was nothing new. No new support. Nothing to help journalists do the essential work the prime minister said they are doing. In fact, there was not even a promise to fix problems that have all but stalled the existing programs.

Let’s be clear. Journalists may be doing essential work, but the COVID-19 restrictions now in place could kill the businesses behind news outlets in general, and newspapers specifically. A lot of our revenues depend on advertising, which has disappeared as businesses shutter and events are cancelled.

Some newspapers have closed already. A large group of community papers in Atlantic Canada suspended publication. A group of French daily newspapers in Quebec stopped publishing printed papers except on Saturdays.

We’re not alone. We know many other businesses face the same threat. We’re all in this together. We understand the federal government is buried under an avalanche of need right now — millions unemployed, businesses failing, a pandemic still looming. We did not ask to be singled out.

So why did Justin Trudeau stand in front of the nation and lie about helping us?

One thing we know for certain is that everyone needs information from trusted sources, and we are providing that. Our digital traffic is soaring. Governments are depending on news media to get out the message.

More importantly, everyone is depending on news media to get it right, to help them navigate a confusing tsunami of information about something that could threaten their health and their livelihoods.

So it looks good to say you are helping news media do their job.

After Trudeau spoke, the federal government announced it was appointing a “new independent advisory board on eligibility for journalism tax measures.” This is a panel to help the Canada Revenue Agency determine which journalism organizations qualify for tax measures that were detailed in the March 2019 budget, and first announced in November 2018 — 16 months ago.

This program is worth $595 million over five years. Among other things, it is to provide refundable tax credits to pay for 25 per cent of the salaries of journalists working for qualified news outlets. To date, not a single dollar has been paid out to any news outlet, even though the program is retroactive to Jan. 1, 2019.

The program is rife with problems and delays. As currently written, the legislation disqualifies almost all newspaper companies in Canada from receiving tax credits, including the Winnipeg Free Press and its parent company, FP Newspapers.

News Media Canada, the national association of newspapers that I chair, has repeatedly brought this to the attention of federal officials. They have promised changes; none has been forthcoming. All newspaper companies desperately need the cash now to stay open. But there is no word on when it will flow.

The government also announced it will be easier to apply for another, smaller aid program, known as the Canada Periodical Fund. This program has also been beset by delays and a lack of information, leaving publishers without funding they desperately rely on. Simplifying an application for the 2020-21 program will not get any money to them during the current COVID-19 crisis.

In short, as the prime minister gave a heartfelt thanks to journalists “for everything they do today and every day,” his government failed to provide a single dollar of support for journalism. He lied.

I work with a dedicated team that is committed to providing news to this community in good times and bad. Many still come to our building on Mountain Avenue each day, knowing they have to be here to produce the print edition of the paper. Our carriers still show up in the wee hours so they can deliver to doors across the city. No one has run away to hide.

They do not deserve to be insulted by a prime minister who promises false hope.

Bob Cox is publisher of the Winnipeg Free Press and chairman of News Media Canada, which represents daily and community newspapers across Canada. 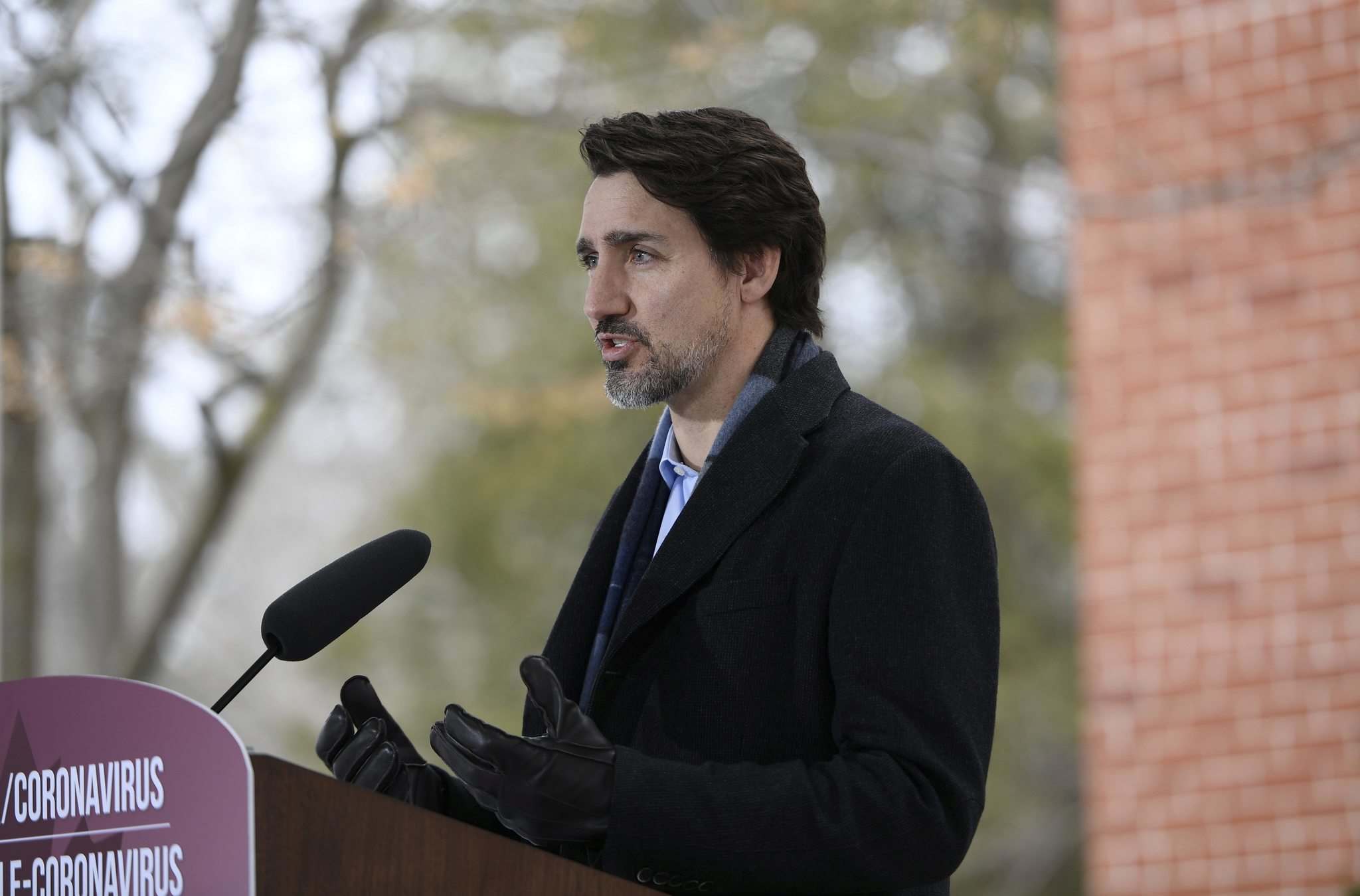