The teachers at the front of Cayden Degner Chartrand's classroom have been replaced with daytime-TV game-show hosts.

The teachers at the front of Cayden Degner Chartrand’s classroom have been replaced with daytime-TV game-show hosts.

The 10 year old has assumed his usual position on a well-worn couch in his grandmother’s living room. He has a selection of television channels to flip through, a fidget spinner and an endless amount of time to kill.

With in-classroom instruction on hiatus indefinitely because of the coronavirus pandemic, he has been spending upwards of six hours daily hanging out with his “Omie.” His mom, Kat Degner, drops him off at the Bruce Park home around 9 a.m., before she heads to work.

‘Omie’ Rita Degner, 66, estimates they accomplish one hour of academic work a week; her mobility is largely limited to the living room as she recovers from a recent stroke.

“We’re not really doing so good with the homeschooling; I don’t have the internet,” she says.

The Grade 5 student doesn’t mind the slow-paced routine. At Omie’s, Cayden mostly gets to relax, free from math lessons. Printed worksheets and books are no match for the entertaining quizzes on America Says or The Chase. Neither do they compare to the e-learning assignments out of reach for a student without a combination of Wi-Fi and a computer.

As more fortunate students across the province log in, their monitors and touchscreens shine a light on the possibilities of e-learning; they also expose how it’s near-impossible for students on the other side of the digital divide to keep up.

Teachers, tutors and so-called internet-rights advocates are banding together to supply families in need with computers, internet access and adequate bandwidth. Despite their efforts, they admit demand is far greater than the current resources available, and learning loss will be inevitable.

“My son is not getting his education because I can’t be at home helping him,” Kat says over the phone, during a break in the workday.

Almost 94 per cent of Prairie residents have access to the internet at home, according to the latest Canadian Internet Use Survey.

There’s little specific data on how many Manitobans have access to enough devices to meet family member needs or the quality broadband internet required to make any device useful in the context of online classrooms.

The Canadian Radio-television and Telecommunications Commission — which deemed broadband internet a basic service in 2016 — has set download speed of 50 megabits per second and uploads of at least 10 Mbps as targets for internet service providers to offer all Canadians. That combination allows users to stream video.

Across the country, almost 86 per cent of households have access to 50/10 internet. But in Manitoba, that figure is less than 72 per cent.

“When that plug is taken away…. How far behind will people be when this is over?” she says from her home-office in Ottawa. “Getting the internet into the hands of as many people as possible is going to be the glue.”

It’s 3:30 p.m., and had learning schedules not been disrupted by COVID-19, dozens of North End students would be coming and going at 541 Selkirk Ave. Today, however, the glass doors are locked.

The building, which has a facade of four tall feathers, houses the Community Education Development Association and, typically, high school tutoring.

Approximately 350 inner-city students participate in programming during the school year. Mid-pandemic, less than 15 per cent of the student population is accessing online tutoring.

“The longer young people feel disengaged, the harder it’s going to be to engage them. As time goes on, it’s going to be harder to connect, so that’s why I think these next two, three weeks are really key,” says Tom Simms, co-director of CEDA.

It has already been one month since schools closed, originally, for a three-week period. Pandemic paranoia had been creeping into Winnipeg homes even before the province shut things down, prompting many parents to pull the plug on activities outside the classroom.

Alongside the schools inner-city tutors work with, staff are surveying families to find out what their technology needs are.

Preliminary responses to the needs survey conducted by the Winnipeg School Division — the largest in Manitoba, where many North End and inner-city schools are located — indicate 2,500 area families require at least one device. Of those families, roughly 40 per cent don’t have the internet.

Tony Marchione, the division’s acting director of technology, says the division is in early conversations with service providers about potential partnerships to provide internet to students.

As administrators explore options, Marchione notes two key concerns: first, that students are able to access Wi-Fi safely on division devices that filter content; and two, that families can access an e-learning help desk with their questions.

Tactics being used by divisions across the province — from widespread device distribution to outdoor Wi-Fi hotspots — are under consideration as Marchione and other members of a provincial distance-learning committee set out to find best practices.

School support staff across the city have already delivered hundreds of iPads and Chromebooks to households in need. At the same time, teachers have taken to their kitchen tables to prepare both paper packages and e-learning lessons.

Grade 1/2 teacher Christi Benoit has so far mobilized a network of a half-dozen inner-city teachers to share their methods to ensure they are reaching all students, regardless of family access to digital connections.

“No matter where you teach, you worry about your kids and you worry about their well-being — making sure they’re safe and healthy,” says Benoit, who works at Shaughnessy Park School on the outskirts of the North End.

Benoit has been focused on uploading work to online platform Seesaw and creating take-home bags with craft equipment and cross-curricular activities children and parents can do without her usual extensive teaching, modelling and co-practising.

“More important than anything I’ve sent home, usually either Mondays or Fridays, I do phone-call checks,” she says.

“It’s been an eye-opener as to how important our relationships are with our kids and our families — them knowing I’m calling just to check in. It helps establish a genuine relationship. It shows parents that we genuinely just care about your kids and we want to help you and support you as best as we can.”

The challenges of the new learning environment seem to all revolve around connection, be the loss of in-person contact or the inability to maintain a link online.

Around the corner from the main CEDA building, Melanie Swain is sitting on the porch, watching her young children play on the brown lawn in front of her Flora Avenue home.

Swain, a mother of eight and stepmother of three, and her husband clearly have their hands full. The children are between the ages of three and 19.

Swain says her children have been spending most of their time playing amongst themselves and completing the odd homework sheet since the last bell rang March 20.

“They get bored easily,” she says. The family of 13 has one computer.

While she says teachers have been touching base by phone and delivering paper packages, the kids miss their friends, phys-ed class and the breakfast and lunch programs at William Whyte School.

“We need the community sector, the philanthropic sector, the private sector, the public sector all working together on ways to meet this digital divide issue — and what I would call a COVID learning-loss issue that we’re going to be, inevitably, dealing with.”

Just a few moments ago, the two George Waters Middle School students opened the front door to find a refurbished monitor, computer and keyboard on their concrete steps in the Brooklands neighbourhood.

“I won’t have to worry about them falling behind,” Woodford says, wiping away tears streaming down her flushed face before heading to her last shift at Canadian Tire. It’s a job she cares about deeply but has opted to give up so she can take care of her children during the pandemic. Finding child care has been one of many challenges during the last few weeks.

“That’s my main concern right now — just making sure the kids keep up with their education, and can reach out to their teachers if they have any questions,” she says, adding she also worries about their mental health under the circumstances.

The Woodfords are among 240 families who are receiving used computers thanks to a joint effort between Tech Manitoba and Computers for Schools to get as many Manitobans connected as possible.

The hope is that e-learning lessons on the device, combined with the board games, books and yard work the Woodfords have been occupying themselves with since mid-March will continue to keep them productive while school is out.

Margaux Miller, program director of DigitALL at Tech Manitoba, and her team are encouraging Manitobans to donate used devices to Computers for Schools. Donated gear is wiped of personal data and gifted to people who can’t afford to buy devices. It’s but one way to tackle the connectivity cracks.

Educators and advocates are also asking businesses to keep their Wi-Fi networks open so people can connect outside facilities. Among their other quick-fix solutions, eliminating punitive data caps, expanding low-income coverage programs such as the federal government’s Connecting Families initiative and gifting students “rocket sticks” — USB-sized devices that connect users to the internet once plugged into a device.

Service providers have already taken some steps. Bell MTS is waiving extra usage fees for all residential internet customers until June 30 while Shaw has announced its 100,000 WiFi hot spots will be open to the public until further notice.

Education Minister Kelvin Goertzen has repeatedly said no students will be held back because of the pandemic. One month into school closures, families are already concerned about the remedial learning that will be required to bring kids up to grade level in the fall.

For Kat Degner, a single mom juggling work, cooking and math lessons for a resistant student, the only thing that would make life easier is if school resumed Monday.

“There’s no time (for school work), whether there’s technology or not,” she says, adding Cayden, who has ADHD, needs one-on-one time because he struggles with focus.

While they’ve tried to fill out math problems on paper, Kat says she doesn’t adequately understand the lessons to help Cayden when he gets frustrated.

“I hope (the province) has a plan in place for students who didn’t get to do all this online stuff,” she says. “I think it’s going to lead to a lot of bullying.” 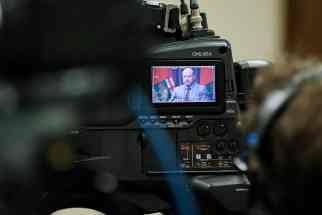 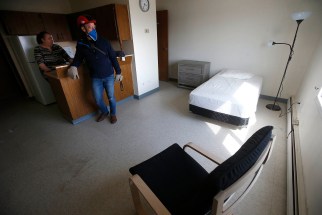 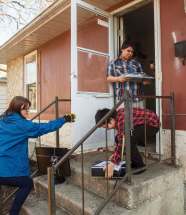 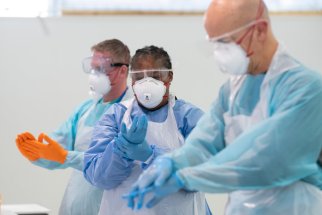 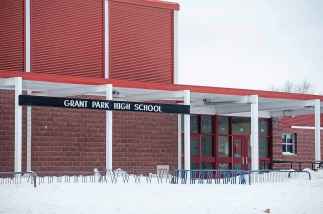 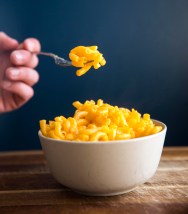 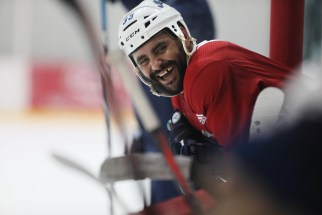 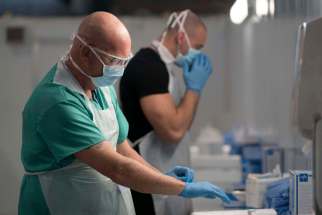