OTTAWA — Universal COVID-19 payouts to seniors will benefit some of the wealthiest Manitobans, while those who are just scraping by may face a clawback, experts point out.

OTTAWA — Universal COVID-19 payouts to seniors will benefit some of the wealthiest Manitobans, while those who are just scraping by may face a clawback, experts point out.

“This is money that could’ve been better targeted,” said Richard Shillington, an Ottawa statistician who has spent decades studying social policy for seniors.

On Tuesday, Prime Minister Justin Trudeau announced a tax-free $300 top-up to Old Age Security, which almost all Canadians aged 65 and older receive. He promised $200 to each low-income senior who receives the Guaranteed Income Supplement.

Last week, Premier Brian Pallister announced that all Manitobans aged 65 and older will receive $200 tax-free, regardless of income.

Both the new OAS top-up and the Manitoba government’s $200 payment are tax-free, meaning the most wealthy recipients will pay less into federal and provincial coffers.

At the same time, low-income seniors who lost their jobs and have qualified for the Canada Emergency Response Benefit will have that clawed back from their GIS allocation next year.

“People will blissfully apply for this thing, thinking they’re getting $8,000 (this year), not realizing next year they’re going to get $4,000 less of GIS because of it,” Shillington said.

“People will blissfully apply for this thing, thinking they’re getting $8,000 (this year), not realizing next year they’re going to get $4,000 less of GIS because of it.”
— Ottawa statistician Richard Shillington

Tammy Schirle, a labour economist who specializes in retirement, said many seniors have savings and aren’t spending money on restaurants or vacations.

“It is not at all obvious to me why we would need, or want, to be sending extra cash transfers to seniors who are high-income,” said the Wilfrid Laurier University professor.

She noted the poorest third of seniors who receive the income supplement can’t safely hunt for supermarket bargains or take on debt to get through the coronavirus lockdown.

“I think we can justify top-ups to our lowest-income seniors; these are often people who have to make every dollar stretch as far as they possibly can,” she said from Kitchener, Ont.

Shillington agreed, noting that federal supports such as OAS and GIS increase with inflation. He said seniors are more likely than young Canadians to have savings on which they can rely.

“I would rather that money be going to child care or something for students, or younger people between jobs trying to pay their rent.”

Seniors Minister Deb Schulte defended the federal top-ups by arguing that seniors have had to pay for food delivery and more dispensing fees for their drugs since pharmacies are limited to issuing a 30-day supply.

Last week, Pallister said that self-isolating seniors are buying things like iPads to keep in touch with family members.

“I think everyone is incurring some of those similar expenses. So why we would target seniors is not obvious to me,” Schirle said.

“We’re laying out a lot of money right now trying to help people, and that will be carried forward to future generations,” she said.

“It is not at all obvious to me why we would need, or want, to be sending extra cash transfers to seniors who are high-income.”
– Wilfrid Laurier University professor Tammy Schirle

Schirle also pointed out that many provinces are worried about debt, while many Canadians feel long-term care homes aren’t properly funded.

Neither expert would directly link the payouts to seniors to voting patterns. However, in last fall’s federal election, 85 per cent of voters aged 65 to 74 cast a ballot, compared with 68 per cent of those aged 18 to 24.

Former prime ministers have backed down from reforming OAS after facing the wrath of angry pensioners, such as Paul Martin’s 1996 reform, and a movement dubbed “Grey Power” pushed Brian Mulroney to scrap his 1985 attempt at reindexing OAS.

The Canadian Association of Retired Persons has praised Trudeau’s OAS and GIS top-ups, but argued seniors need even more support, such as eliminating the requirement to withdraw annually from taxed retirement savings late in life.

Shillington wouldn’t be surprised if Ottawa meets that demand.

“Seniors are always an attractive constituency; nobody wants to be seen as unkind to seniors.”

U of M pushes online learning forward amid budget battle 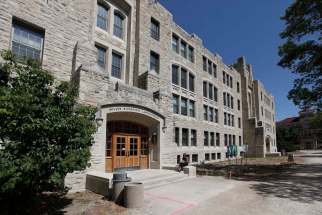 Labour, business will have say in $120-M wage top-up for essential workers: premier 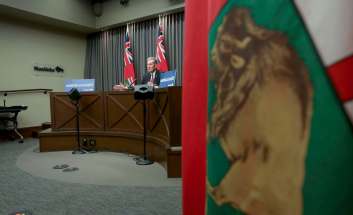 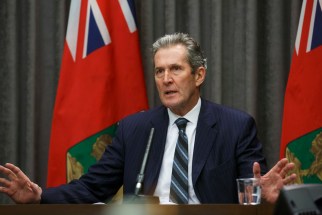 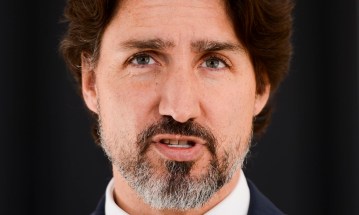 Cancelled project forces plastic design shop to close, days later it can barely keep up with orders for Plexiglas shields 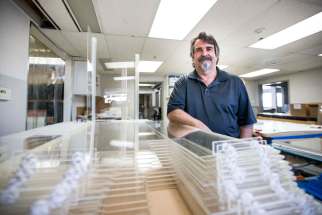 Trials in the aisles 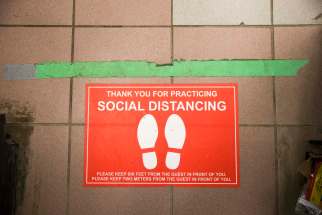 Flare-ups remind pandemic is far from over 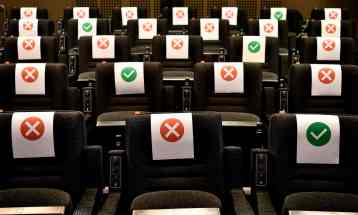 Chequing in on Canadian political opportunism From bust to boom