There will be no canoeing or campfire sing-alongs at Camp Stephens — and many other overnight camps — this summer.

There will be no canoeing or campfire sing-alongs at Camp Stephens — and many other overnight camps — this summer.

The YMCA-YWCA of Winnipeg has announced that its island camp in Lake of the Woods will not operate this season after the Ontario government called for the closure of all overnight camps this summer.

“We recognize this is the right decision,” a Y Winnipeg spokeswoman told the Free Press. “We are deeply saddened, nevertheless, as the last time a Camp Stephens summer program was cancelled was during (the First World War).”

The camp has operated near Kenora, Ont., for almost 130 years and has an average of 1,000 campers each summer.

Linnea Marohn’s daughter Saje, 13, has made the trip from Dauphin to Camp Stephens every summer for the last five years. Staying at the secluded camp far away from family has given Saje, who hopes to be a camp leader one day, a love of nature and more independence.

“She would go away for the two weeks and come back so grown up,” Marohn said.

While she was hesitant to send her daughter away from home during a pandemic, Marohn was looking forward to the sense of normalcy provided by the annual tradition.

“It’s a bummer, but we’re going to maybe have a staycation and go on our own canoe adventure. All you can do is make the best of the situation.”

While Manitoba hasn’t officially put the kibosh on overnight camps, most have already pulled the plug. The Manitoba Camping Association oversees 35 accredited camps in Manitoba and northwestern Ontario. Twenty-five have announced they will not operate this summer. The 10 holdouts are waiting for phase two of the province’s reopening plan, details of which are expected Thursday.

“They’ll need to know by that date if they can get camp up and running within a couple of weeks and get staff out to do training,” said Kim Scherger, association executive director.

Overnight camps face several challenges: keeping beds six feet apart, operating at a lower capacity and giving counsellors, many of whom are teens, the responsibility to clean and keep campers separated.

The association estimates its camps serve 50,000 children, employ 2,000 staff and volunteers and generate more than $16 million for the economy each season.

“We are deeply saddened, nevertheless, as the last time a Camp Stephens summer program was cancelled was during (the First World War).” – Y spokeswoman

Most camps in Manitoba are non-profit organizations that rely on income generated from July to August, as well as private bookings during the spring and fall shoulder seasons.

“They can’t make that up the rest of the year, so they’re going to have zero income,” Scherger said.

While the future is uncertain, many camps see opportunities in the present. Scherger held virtual meetings with association members on Wednesday and there was talk about offering digital camps, delivering activity boxes to campers and getting overdue work done at facilities.

“We want to ensure that (they) don’t miss out on this important experience,” Llanillos said via email. “Some youth have stated that camp is the only place they feel that they can really be themselves.”

Camps with Meaning, which is run by the Mennonite Church of Manitoba and operates two facilities in the province, cancelled its overnight program last week.

“It takes a lot of work to put together a summer camp,” said Dorothy Fontaine, director of missions for the church. “We were just reaching a critical date where we wouldn’t have been able to plan a program.”

In its first phase of reopening, the province gave day camps the go-ahead provided they maintain physical distancing and keep groups to fewer than 16 children. Camps with Meaning is mulling the idea of running a day camp at its Camp Assiniboia facility, 16 kilometres southwest of Winnipeg.

Mini U, one of Winnipeg’s biggest day camps, announced Wednesday it is cancelling its 2020 season. Mini U runs 68 camp and swimming lesson programs for kids aged four to 18 at the University of Manitoba campus every summer.

The camping association has temporarily suspended applications to its Sunshine Fund while it makes changes to the program. The fund typically provides subsidies for low-income kids to attend overnight camps, but the association wants to open eligibility to day camps as well. 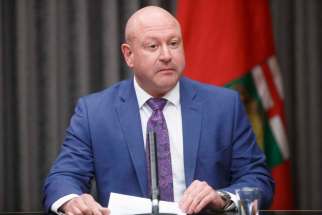 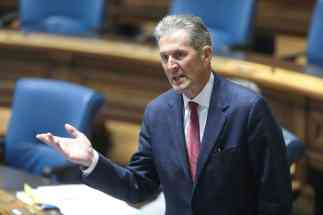 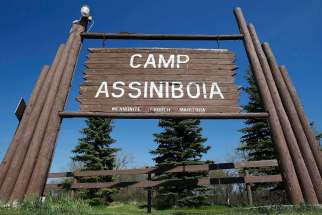 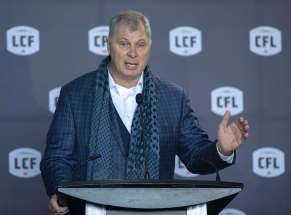 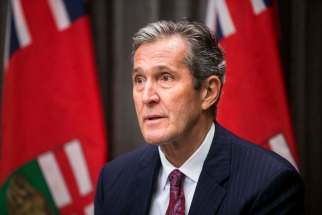 U of M will hike tuition while delivering online classes Lights, camera, Lysol