Tensions have heightened between the City of Winnipeg and people living in encampments on Henry Avenue and Austin Street as the city rolled in dumpsters on Wednesday morning and doled out orders to vacate.

Tensions have heightened between the City of Winnipeg and people living in encampments on Henry Avenue and Austin Street as the city rolled in dumpsters on Wednesday morning and doled out orders to vacate.

Those living in the camps, and their advocates, maintain the land is home and they have no plans to walk away.

Over 50 protesters, led by Aboriginal Youth Opportunities, surrounded the front doors of the Manitoba Métis Federation building Wednesday afternoon in response to the MMF threatening to take legal action against the city if the camps near its building at 150 Henry Ave. weren’t removed.

“We’re here to hold the Manitoba Métis Federation and David Chartrand accountable for trying to displace our houseless relatives,” an organizer said through a bullhorn during the rally. “Who are you to displace Indigenous people on Indigenous land?”

Chants of “No evictions on stolen land” rose in front of the building and caught employees’ attention. At least 10 people peeked through office blinds to watch the protests.

Earlier in the day, Winnipeg Fire and Paramedic Service Assistant Chief Mark Reshaur, accompanied by Main Street Project’s executive director Rick Lees, hand-delivered notices to residents of the camps, mandating that they dismantle shelters and vacate the property by noon on Friday.

The city sent large dumpsters and tractors to begin clearing garbage from the area. The camps are home to approximately 30 residents, though the population fluctuates throughout the year and has begun to dwindle in recent months.

“We’ve gone to each home on the two encampments and presented them both with a list of service options and so on that we’re willing to work with them to do, and also the notice, which was their request,” Lees told media.

“The process is to start by assisting folks here in just cleaning up garbage that they’d like to see removed anyway.”

Residents of the long-standing encampment cleaned garbage and moved shelters amid the city’s requests, but maintained they have no plans to permanently vacate the site they call home.

“We’re not homeless, we don’t consider ourselves homeless. We build tiny homes out of people’s trash, we build little communities,” said one resident, Desirae Whitehead.

“We have a sense of leadership here, fellowship, friendship — and people come in and just run through it as if it’s garbage.”

During the rally, organizers took turns speaking through the bullhorn to lead chants and make speeches. One organizer read off eight principles from the National Protocol for Homeless Encampments in Canada before moving on to more chants.

“The third principle. Prohibit forced eviction of homeless encampments,” the organizer said, followed by a big applause from the group.

The order to vacate stated that the camp presented “a clear immediate threat of fire resulting in injury or death to occupants,” and listed several fires at the camp that fire department crews have responded to since January. Crews attended to two fires Wednesday morning as residents pushed back against city orders to leave.

The decision to issue eviction orders this week came as a result of ongoing concerns for people living in the camp, not as a result of pressures from the MMF, Lees said.

“This is not about the moral debate of encampments, this is about life safety; if people choose to want to continue to camp in other areas, we just want them to do it safely,” he said.

Camp residents are skeptical of the renewed push to evict, noting the city’s safety concerns have existed for months and have not been met with adequate supports for the residents.

“This is months and months ago. If it was life threatening why didn’t they come then? Why are they coming now?” said Robert Russell. “What’s going to happen? Where are people going to go? We’ll have to figure that out.”

Lees said he is optimistic residents will not choose to stay and assumes many living at the encampment will choose to join other camps along the river and in the Point Douglas neighbourhood. When asked why those camps, which are supported daily by Main Street Project staff, would be allowed to remain while the Henry Avenue and Austin Street residents were ordered to vacate, Lees cited fire department complaints about the frequency of incidents at the camp.

“This encampment is here because there’s no better place to be. EIA (the Employment and Income Assistance Program) is not giving us any place that’s really liveable. Doesn’t matter how many times we’ve said this before, there was nothing done,” said Russell.

The protest in front of the MMF building ended with a song on the drums and further chants of “No evictions on stolen land.” After the song, protesters marched to city hall to demand the city stop the evictions.

— with files from Kellen Taniguchi 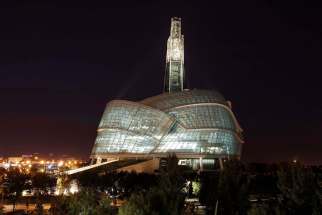 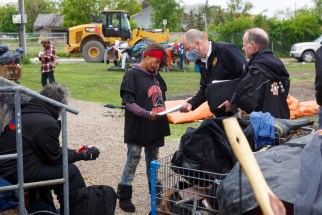 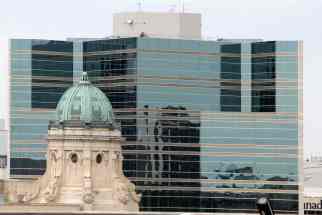 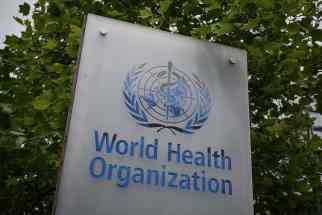 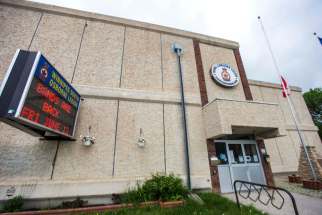 No excuse for parliamentary pause 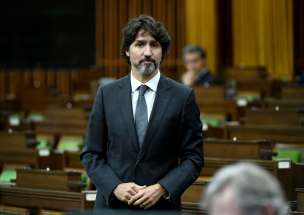