Disregarding the advice of public health officials — either willfully or unintentionally — is part of the playbook for some participants on the local sports scene during the COVID-19 pandemic.

Disregarding the advice of public health officials — either willfully or unintentionally — is part of the playbook for some participants on the local sports scene during the COVID-19 pandemic.

Many of the recommendations included in the return-to-play plans of sports such as soccer, slo-pitch and baseball aren’t being heeded, more than two months after the province approved the return to diamonds and fields across the city.

The Free Press randomly dropped in on a couple of soccer and slo-pitch games Wednesday and Thursday evenings, and also a youth hockey camp at Bell MTS Iceplex, to gauge just how closely people of all ages are sticking to the health and safety guidelines.

Regrettably, as the numbers of coronavirus cases continue to climb in Manitoba, the sound advice of medical experts is falling on the deaf ears of some in the sports community.

There is, noticeably, a more relaxed attitude toward the threat of spreading the virus when people are competing outdoors than when playing inside a rink or gymnasium. That loosened approach, understandably, is prevalent among teammates who have already spent considerable time together since early June under Phase 2 of the province’s reopening plan.

Over at slo-pitch central — Little Mountain Sportsplex — games were going on at more than 20 diamonds on a pleasantly warm Thursday evening. While many return-to-play guidelines were being followed, the priority to physically distance appeared to have lapsed.

Keeping that six-foot buffer zone is part of Little Mountain’s guidelines and also that of Slo-Pitch National, the organization that oversees the sport in Canada.

But players sat close together — almost shoulder to shoulder — around picnic tables and in lawn chairs, and stood side by side at the fences. Some might have been from the same households but the majority likely were not.

Manitoba Health said when it comes to physical distancing, there is no wiggle room.

“Event organizers and sport associations need to take measures to ensure these orders are met. This includes ensuring people from different households are practising physical distancing, keeping two metres/six feet apart from others, at all times,” said a provincial spokesperson.

Manitoba’s chief public health officer, Dr. Brent Roussin, had this message for leagues and athletes: “Throughout the pandemic, I have encouraged all Manitobans to follow the fundamentals. This is especially important as we move into the fall respiratory virus season,” he said. “Please, stay home when you’re sick. Wash your hands or use hand sanitizer regularly, stay two metres away from people outside your household and wear a mask if you can’t physically distance.”

On the plus side, hand-sanitizer bottles were part of most teams’ equipment and players had their own bats and wore batting gloves. There wasn’t any handshakes or high-fives, either.

Kent Kamenz, the regional director for Slo-Pitch National in Manitoba, said players are having a tremendous summer season and are keeping health and safety at the forefront.

But he said it’s likely a good time to issue a strong reminder to follow all the guidelines.

“Has it relaxed a little bit since two months ago when we all started playing again? Yeah, you definitely see that, not being on top of it as much,” Kamenz said. “But all the leagues in Winnipeg are still sending out friendly reminders to teams, making sure they know that social distancing is still the key in this whole thing.”

It seems Winnipeg’s soccer community needs a nudge as well.

On Wednesday night at Ralph Cantafio Soccer Complex, several guidelines were being ignored during a Manitoba Major Soccer League match between Lucania FC and Bonivital United.

The Manitoba Soccer Association prohibits handshakes at any time, yet when a goal was scored by either side, players embraced or slapped hands in celebration.

On the sidelines, recommendations were being flouted as well. A soccer pitch is approximately 100 metres long, and the MSA suggests players and coaches, as well as their equipment bags, be spaced at least two metres apart. However, individuals and their belongings were in tight quarters.

The game ball is also supposed to be sanitized at half-time, but there was no disinfectant in sight and the white sphere sat neglected at midfield. MSA president Hector Vergara said Thursday the organization continues to advise member leagues to take the necessary steps to keep players, officials and fans safe. But at the end of the day, soccer’s return-to-play guidelines are just that — guidelines, not mandated rules.

So, why aren’t they?

“Again, at the end of the day, we want to try to make everybody aware and educate. We don’t want to (be) police officers at this point.”

Vergara has watched many games this season and believes most leagues are taking the necessary precautions. But if some groups blatantly disregard the recommendations and become a health risk, the MSA would consider a stricter approach.”I wouldn’t want to paint them with the same brush that everybody is not following these guidelines… sure, you’ll find more than once or twice here and there that some people are just not listening, but that’s like anything in society, right? Twenty per cent of the population try to ruin it for 80 per cent of the population,” he said.

In softball, it’s off the field where problems are arising.

Last week, Softball Manitoba held its under-19 B girls provincial tournament at John Blumberg Softball Complex. A concerned parent, who asked not to be named, reached out to the Free Press with concerns over the lack of physical distancing that took place. There was signage at the facility but, the parent said, it was entirely ignored. A similar issue took place in Manitoba Junior Baseball League action as the stands at Koskie Field, home of the Elmwood Giants, were filled for their championship series this week against the Altona Bisons.

“You might as well have turned your clock back to 2019 because it was as if the pandemic never occurred. The stands were packed,” the softball parent said. “It didn’t matter if you were going to the canteen or the washroom or the parking lot. Social distancing was not a part of the weekend.

“Manitoba was the only province to hold provincial softball championships. Softball Manitoba executive director Don Klym credited players and coaches for following along but admitted spectators need to do better. With a venue such as Blumberg having seven diamonds, Klym said facility managers and event supervisors can only do so much to keep everybody distanced.

“You might as well have turned your clock back to 2019 because it was as if the pandemic never occurred. The stands were packed.”
– A concerned parent at John Blumberg Softball Complex

“They can only push so many times. The (concerned parent) failed to mention that their (team’s) parents included were warned and there were warnings all throughout the week to break things up and most of the time they were successful… You can only walk to a diamond so many times and tell people ‘Please socially distance.’ Until you start tossing down fines, they’re all going to cluster together eventually,” Klym said.

As for government involvement, Klym said once sports were given the approval on their return-to-play plans, the ball was essentially in their court.”It’s basically the sports’ responsibility to make sure they’re running their guidelines clean. We did that, I’m not sure about other sports, but as far as government enforcement and government assistance with the actual return-to-play document and how we’re running our sport, I would say it was very limited,” Klym said.

Inside the Iceplex, there’s a regimented approach to maintaining the health and safety of all patrons. Unfortunately, an adult who used the facilities tested positive for the coronavirus last week.

Iceplex general manager David Settler issued a statement at the time, saying everyone who was in the facility at the same time was notified. That’s possible because the kids in hockey camps, their parents and adults in fitness programs are logged in when they come into the building. Everyone entering must wear a mask, fill out an online health assessment, hand sanitize and check in with staff.

On Thursday night, two rinks were being used, one with about eight youngsters going through hockey drills with a pair of instructors and another with seven girls running through ringette drills. Individual water bottles were spaced out at the bench, parents all had masks on and were physical distancing.

Two dressing rooms were used for each group, providing lots of space for the participants.It’s an improvement from July when the Iceplex was one of the venues to host the North American Hockey Classic (NAHC) — a minor hockey tournament organized by 50 Below — which featured teams from out of town, including several from Saskatchewan who changed their team names and told parents to keep the trip a secret and not post anything from the weekend on social media.

On the morning of Sunday, July 19, the Free Press popped in on an NAHC game inside one of the smaller rinks at the Iceplex, and counted about 70 spectators inside, most of whom ignored physical-distancing stickers placed on the bleachers. Others congregated in close proximity in the corner. Only one parent wore a mask, but it was hanging from the individual’s chin for the majority of the game so as not to obstruct the sipping of a coffee.

In June, the province stated, “As Manitoba eases restrictions and reopens the economy in a phased approach, the benefits of reopening need to be balanced with the risks of increased COVID-19 transmission. Recreational activities have numerous physical, mental and emotional health benefits. As we begin to allow these organized activities to operate again, we need thoughtful planning to reduce the risk of COVID-19 transmission.”

This week, Roussin revealed that 20 per cent of Winnipeg’s active cases have been identified as due to community-based transmission.

The health directives were issued for good reason. Now is definitely not the time for amateur and recreation athletes to be altering the game plan. 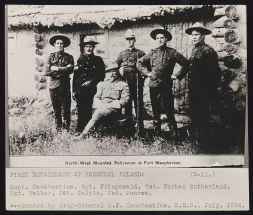 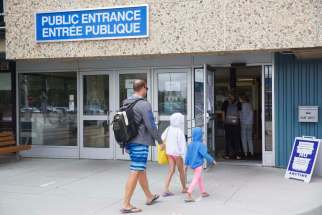 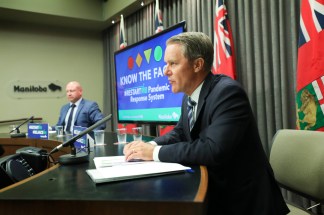 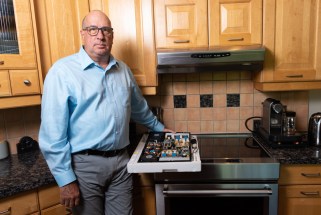 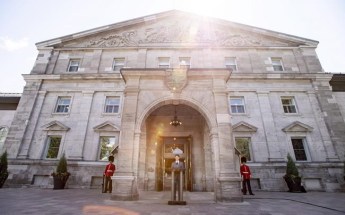 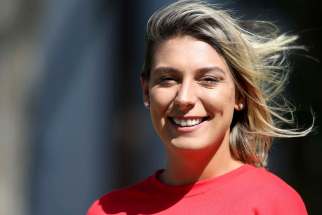 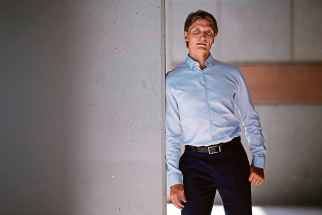 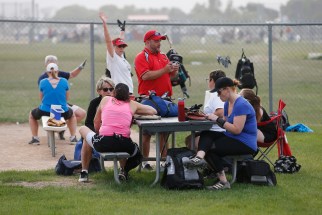