Two Winnipeg teams in the Manitoba Junior Hockey League have been surreptitiously booking ice time outside the city to get around COVID-19 restrictions.

Two Winnipeg teams in the Manitoba Junior Hockey League have been surreptitiously booking ice time outside the city to get around COVID-19 restrictions.

The Winnipeg Blues and Winnipeg Freeze — both owned by 50 Below Sports and Entertainment, which also owns the Western Hockey League’s Winnipeg Ice — have been booking ice in Warren under a different name, an anonymous source reported.

Hockey Manitoba announced that as of Nov. 2, teams within the Winnipeg health zone, including the Blues, Freeze and Selkirk Steelers, were prohibited from travelling to play games or practice. The decision is scheduled to be revisited on Sunday.

The Blues and Freeze, however, appear to have been practising at Warren’s South Interlake Rec Centre’s Sunova Arena under the name “Laker Academy,” a Winnipeg-based organization that runs youth hockey camps out of the Southdale Community Centre.

A week ago, the Sunova Arena’s online calendar showed the Blues booked from 2-3:15 p.m. on Monday, Tuesday, Thursday and Friday this week, and the Freeze had the 3:30-4:45 p.m. time slots booked on the same dates. The name for all of those bookings was changed to Laker Academy, but live footage from Monday afternoon clearly shows the Blues and Freeze using the rink.

LiveBarn.com is a broadcast service that shows amateur sports venues from across North America, including the Sunova Centre. Footage from Monday afternoon, which is time-stamped, shows the Blues on the ice at 2 p.m. and the Freeze on the ice at 3:30 p.m.

The Manitoba Junior Hockey League announced Tuesday three individuals on an unnamed organization have tested positive for COVID-19. In total, the league has now had four positive cases after a member of the OCN Blizzard tested positive a week ago.

Three players on the Steinbach Pistons were being tested for the virus last week.

“It is not yet determined by public health if the cases are related or if they were exposed to the virus outside of the team cohort environment and community,” the league said in a statement about the three new cases.

“The organization proactively instructed all potential close contacts to self-isolate in advance of receiving test results due to the individuals experiencing flu-like symptoms.”

The affected individuals are doing well and expected to return once they’re cleared. The organization with the three cases will have all games postponed until the self-isolation period is completed.

The president for the Sunova Centre is Rhys van Kemenade, who is also the director of teams and tournaments for 50 Below.

The MJHL did, however, post a statement on its website Tuesday outlining and reiterating the direction that was provided to teams regarding the restrictions.

“Any hockey activity that takes place outside the… Hockey Manitoba restrictions for regions identified as Critical (Red) is not permitted and is not sanctioned by Hockey Manitoba, the governing body of the MJHL,” the statement read.

“Any teams or individuals who participate(d) in hockey activities outside of the above restrictions would be choosing to do so in an un-sanctioned environment outside of Hockey Manitoba and MJHL jurisdiction.

“The MJHL will provide no further public statement regarding the restrictions outlined.”

“I don’t have any details on that. Not specifically that, but we’ve heard a number of those instances, not necessarily related to sports teams. Again, it’s that messaging. We know it’s difficult, but these rules are in place to protect the people around you and all Manitobans,” Roussin said.

Manitobans told to batten down the hatches 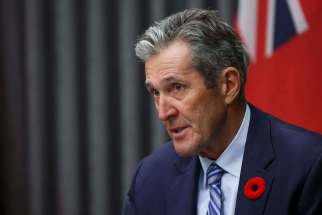 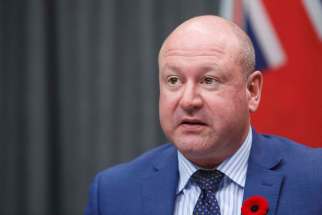 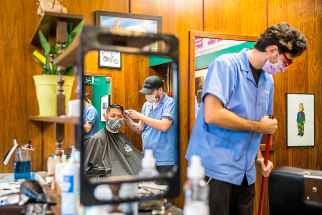 Dithering minister of everything should leave this one to the doctors 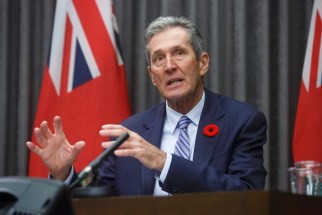 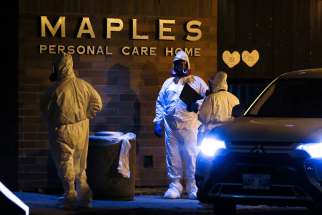 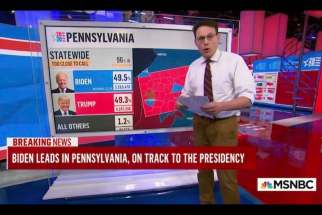 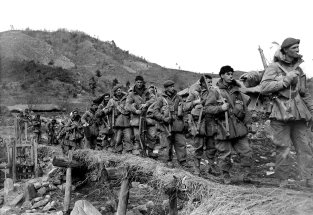 Despite COVID-19, we still remember 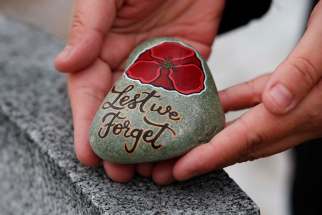