OTTAWA — With one eye on the pandemic and the other on a possible election, the Trudeau Liberals introduced a big-spending budget Monday that commits billions more to help move the economy past COVID-19.

OTTAWA — With one eye on the pandemic and the other on a possible election, the Trudeau Liberals introduced a big-spending budget Monday that commits billions more to help move the economy past COVID-19.

The first federal budget delivered by a woman — and the first in two years — also opens up the purse strings for a long-standing Grit promise on daycare, along with dozens of commitments that will entice key voting blocks.

“If COVID has taught us anything, it’s that we’re all in this together,” Finance Minister Chrystia Freeland told the House of Commons.

“Our country cannot prosper if we leave hundreds of thousands of Canadians behind.”

Her budget announced $101.4 billion in stimulus spending, spread out across dozens of social programs, but insisted the $354.2-billion deficit would quickly recover.

That assumption rests on a plan to gradually wind down COVID-19 wage subsidies and unemployment benefits, starting in July if the third wave of the virus abates.

A typical budget includes five or fewer chapters, but Monday’s document included 10 priorities, each with a dozen promises, many of which are earmarked for spending within a year or two.

Monday’s budget assumes Ottawa’s deficit will plummet by more than half to $154.7 billion by next April, and drop further to $59.7 billion a year later.

Part of that thinking surrounds getting more women into the workforce through childcare.

The Liberals have pledged $30 billion on child care over five years, with the bulk of those funds matched with provinces.

They plan to table legislation to enshrine child care in Canada, with economic measures that would halve fees before 2023 and make the average daily fee for daycare $10 within five years.

$15 minimum wage for federal sectorsOttawa plans to boost the minimum wage for the narrow set of private industries it regulates, including banks, airlines, postal services, broadcasting and some agricultural jobs to $15 per hour, a threshold that would boost salaries for roughly 26,000 workers.

It could put pressure on provinces to raise their respective minimum wages; Manitoba’s is currently $11.90 an hour.

Rural broadband boostThe Liberals are again topping up the Universal Broadband Fund, a plan they announced at the start of the COVID-19 pandemic that has been slow to actually fund projects in Manitoba, which has some of the worst Internet speeds in Canada.

Manitobans currently pay between $10 and $75 daily for daycare, depending on the child’s age and whether the service provider is a non-profit, according to Prentice, one of Canada’s leading child-care experts.

The Pallister government has invested in for-profit services and partnerships with corporations, Prentice noted. “It appears Manitoba is pulling in the opposite direction from everything Ottawa is signalling.”

The Liberals argue they need to implement more social programs after reviewing the 1990 and 2008 recessions, which they say could have been less painful if supports had been left in place longer, particularly for young people who had just entered the workforce.

“We cannot, and we will not, allow young Canadians to become a lost generation,” Freeland told the Commons.

Finance Minister Scott Fielding said there are "positive things" for Manitoba in the federal budget, but he was disappointed there was no promise to increased health care transfer payments.

He said he had hoped for a commitment for greater increases in federal health transfer payments.

“That was the absolute No. 1 issue for all provinces,” he said.

Hassan Yussuff, head of Canadian Labour Congress, said employers have been trying for years to make the stimulus changes outlined in the budget.

“They’ve put money here to help make that happen. The biggest question is whether it will meet those demands and challenges, and the pandemic adds a new challenge,” Yussuff said.

The union group praised steps for a stronger Employment Insurance system, measures aimed at protecting gig employees and a $15 hourly minimum wage for federal sectors that will rise with inflation.

“This is the kind of budget you (table) to run an election,” said Kevin Page, who leads the Institute of Fiscal Studies and Democracy at the University of Ottawa.

“Whether or not it’s a prudent policy, it’s an enormous amount of spending that’s going to go into the economy.”

But Page said fulfilling that promise means Ottawa needs to be firm about just how much debt it’s comfortable taking on, or what job numbers it needs to see before it changes its focus to paying down the debt.

“Our country cannot prosper if we leave hundreds of thousands of Canadians behind.” – Finance Minister Chrystia Freeland

“There’s really no discussion in the entire budget… to make sure that we’re dealing with intergenerational equity, and that we’re not passing on too much debt to the next generation,” he said.

The government insists the ratio of its debt to GDP will decline in the medium-term, but Monday’s fiscal projections show it generally staying steady, and presumes interest rates will not significantly rise.

“It’s a major disappointment on the fiscal side,” said Page, who spent five years scrutinizing federal expenditures as the Parliamentary Budget Officer.

The Opposition Conservatives were careful to not criticize the support programs Canadians rely on, instead arguing that Freeland’s budget will fail to stimulate economic growth.

Budget: $18B pledged for Indigenous communities

“This budget does next to nothing to secure the Canadian economy,” said Tory leader Erin O’Toole, arguing that “temporary Band-Aids” will only raise house prices and living costs.

“Canadians were expecting a pandemic budget; this is an election budget, and a poor one at that,” he said.

It also puts the prospect of pharmacare on pause.

“We are very much disappointed,” Yussuff said. “It would have been prudent in the context of a pandemic to move on that.”

The budget generally holds to existing infrastructure pledges, instead of relying on new bridges and roads, but earmarks $6 billion for Indigenous communities to install broadband internet, airstrips and clinics.

It also promises funds for more affordable food, better education and improved health services as part of a $2.2-billion plan to respond to the National Inquiry into Missing and Murdered Indigenous Women and Girls.

“There’s a lot of money in there for physical and social infrastructure for First Nations people — that money could make a real difference, if we implement it correctly,” Page said.

But like most of the budget, that hinges on the minority Liberals remaining in power.

“To me, it looks like they want to go to an election this year.” 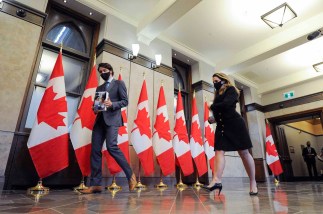 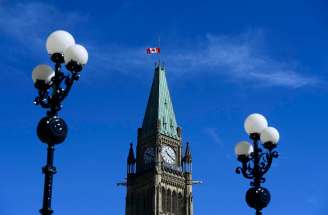 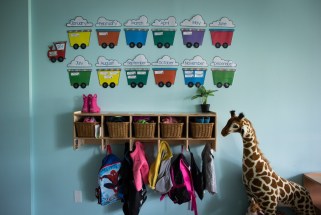 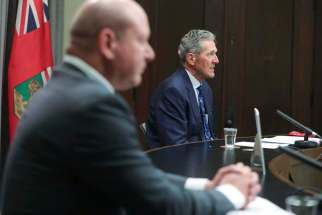 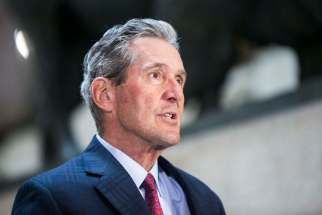 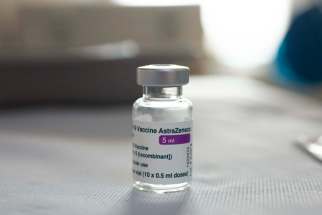 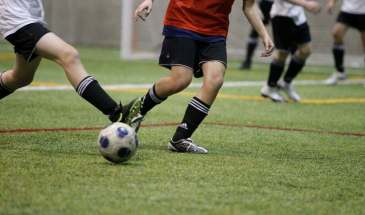 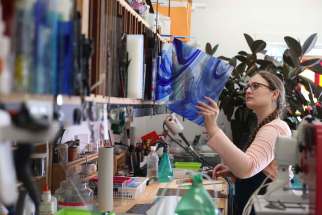 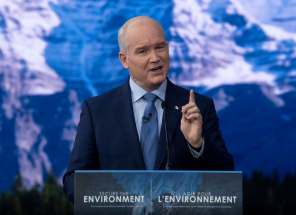