After months of plummeting political popularity and self-inflicted damage to his own brand, Brian Pallister announced he will be stepping down as Manitoba premier.

After months of plummeting political popularity and self-inflicted damage to his own brand, Brian Pallister announced he will be stepping down as Manitoba premier.

At a caucus meeting in Brandon, the premier said he is leaving the post to give the Progressive Conservative party time to choose a new leader — and for Manitobans to get to know that person — before the next provincial election in 2023.

“I believe this is the right time for my family, for our party and for Manitoba, too,” the Fort Whyte MLA said at a brief news conference where he did not take questions from reporters.

I have informed my caucus colleagues that I will not be seeking re-election as a member of the Manitoba Legislative Assembly.

After almost 10 years as the MLA for Fort Whyte, and more than five years as our province’s premier, I believe now is the time for a new leader and premier to take our province forward.

I have informed my caucus colleagues that I will not be seeking re-election as a member of the Manitoba Legislative Assembly.

After almost 10 years as the MLA for Fort Whyte, and more than five years as our province’s premier, I believe now is the time for a new leader and premier to take our province forward.

The honour of my life has been serving as your premier.

Manitobans have gifted me with the great privilege of leading our province with the two largest back-to-back majority governments Manitoba has seen in over a century.

Our team entered office facing enormous challenges from the very beginning. We charted bold new directions to fix the finances repair our services, and rebuild the economy of Manitoba.

We introduced the first balanced budget in 11 years, while creating the largest ongoing per person investment in health care, education, and family services of any province.

We did this while lowering the tax burden on every working person and family, more than any other province, to keep making life affordable for Manitobans.

Most important of all, we did what we said what we would do. We are a clean government with integrity. I am most proud of that.

Together, Manitobans faced an extraordinary challenge like no other this past year and a half of this pandemic. Our government had to make difficult, unprecedented decisions each and every day; decisions to keep people safe, protect our hospitals and the health teams who work in them, and support businesses, communities and individuals.

But now, through our collective efforts, Manitoba is poised to recover stronger than ever. Our vaccination rates lead the country. Our job growth leads the country. Today, Manitoba is incredibly well-positioned to springboard into a stronger economic future with even greater social progress.

That is why I believe this is the right time for me personally to turn the page and allow a new leader and premier to go that next step and lead Manitoba into a new chapter of progress.

I have been honoured and proud to serve with a dedicated team in government.

I am incredibly optimistic about our future as a province.

I want to thank the people of Portage la Prairie who gave me my start in politics almost 30 years ago, and the people of south-central Manitoba who chose me three times as their Member of Parliament.

I want to thank the fine people of Fort Whyte who elected me three times as their MLA.

I got into politics to fight for the survival of my community when it was facing severe economic challenges.

That is how I endeavoured to serve as Manitoba’s 22nd premier.

But both were the right decisions. Then and now.

But now, it is time to move on and spend that extra precious time I missed over many years, with my family.

I want to thank Esther, Quinn and Shawn for their love and support each day, over all these years.

To every Manitoban, I wish you the very best in all you aspire to be. Your hopes and dreams will always be close to me.

I love Manitoba. I love Canada. We live in a country and province of endless opportunities.

That is why I say to you: the only thing better than today in Manitoba, is tomorrow in Manitoba. Thank you.

“By stepping aside at the midpoint in our second mandate, I believe this will provide sufficient time for not only party members to choose a new leader, but for Manitobans to get to know that new leader and new premier, as well, so that we can keep moving this province forward together.”

His press secretary wouldn’t provide any further information about when Pallister is leaving the role, nor if deputy premier Kelvin Goertzen will be stepping into an interim position.

“The premier remains the premier, and indicated that he has asked the Progressive Conservative party to initiate the process of selecting a new leader,” Olivia Billson said in an email. “The timing of that process will be determined by the party and, as such, we will defer those timing-related questions to the party.”

Later Tuesday, PC party president Tom Wiebe said in a statement a meeting of the Tory executive council in the coming days would review rules for a leadership election.

With plummeting popularity in the polls and amid criticism from cabinet over his handling of Indigenous reconciliation (including the resignation of Indigenous and northern affairs minister Eileen Clarke last month), Pallister is leaving the job despite leading the PC party to majority governments in 2016 and 2019.

NDP Leader Wab Kinew said Tuesday no one should breathe a sigh of relief, as Pallister’s enablers remain in power.

1976 — Begins teaching at William Morton Collegiate in Gladstone after graduating from Brandon University with bachelor’s degrees in arts and education.

1976 — Begins teaching at William Morton Collegiate in Gladstone after graduating from Brandon University with bachelor’s degrees in arts and education.

1992 — Wins a provincial byelection in Portage la Prairie to become an MLA for the Progressive Conservatives. He serves as a backbencher in premier Gary Filmon’s government.

1993 — Endorses the successful leadership bid of Jean Charest for the Progressive Conservative Party of Canada.

1995 — Re-elected as MLA for Portage la Prairie and is named to cabinet, serving as the minister of government services.

January 1997 — Resigns from cabinet to prepare for the upcoming federal election.

June 1997 — After winning the PC nomination for the Portage-Lisgar riding, loses in the federal election to Reform Party candidate Jake Hoeppner.

1998 — Launches a failed bid to become leader of the federal Progressive Conservative party.

August 2000 — Leaves the PC party and joins the Canadian Alliance, the successor to the defunct Reform Party of Canada.

November 2000 — Elected to the House of Commons for the first time, serving as a Member of Parliament for the Canadian Alliance, representing the riding of Portage-Lisgar.

July 2004 — Named to the official Opposition shadow cabinet as critic for national revenue.

2006 — Once again re-elected as MP for Portage-Lisgar.

2008 — Announced he will not seek federal re-election.

July 2012 — Acclaimed as leader of the Progressive Conservative Party of Manitoba. He wins a byelection in the riding of Fort Whyte — vacated by previous PC leader Hugh McFadyen — two months later to once again become an MLA.

April 2016 — Leads PCs to a majority government with 64 per cent of the vote.

May 2016 — Pallister and his cabinet are sworn in as the next provincial government.

September 2019 — Leads the PCs to a second majority government with 57 per cent of the vote. The party wins two fewer seats than it did in 2016.

Aug. 10, 2021 — Announces he is stepping down as leader of the party and will not seek re-election. The date of his departure is still being determined.

Whether it was closing hospital emergency rooms, reducing the number of ICU beds before the COVID-19 pandemic or raising hydro rates, “the entire PC caucus and his party supported his decisions every step of the way,” Kinew said in a media scrum.

For Pallister to “tap out” now before the COVID-19 pandemic is over “is very telling,” Kinew said. “To have a PC party that was willing to support all of these terrible mistakes and all of these offensive things for so many years is, I think, a condemnation of that approach.”

“We charted bold new directions,” he said, adding his government kept its promises, including lowering the tax burden on Manitoba families and reducing the provincial sales tax.

“We ran a clean government with integrity that was scandal free,” Pallister said. “The honour of my life has been serving.”

Manitoba’s 22nd premier had indicated earlier this summer he planned to retire when the COVID-19 pandemic was under control.

On Tuesday, he said Manitoba is well-positioned for a post-pandemic rebound, citing positive Statistics Canada job figures and a high COVID-19 vaccination rate.

“I believe that now is the time for a new leader and premier to take our province forward,” Pallister said.

Indigenous leaders are celebrating after Brian Pallister announced Tuesday he's stepping down as Manitoba's premier and leader of the Progressive Conservatives.

“We’ve been calling on the premier to show leadership in resigning for quite some time now, so we’re quite happy to hear that’s what’s going to be happening,” an elated Daniels told the Free Press in a phone interview Tuesday.

Last week, Daniels called for Pallister to resign after the premier apologized for his remarks on colonialism, made in the wake of the toppling of the Queen Victoria and Elizabeth statues at the Manitoba legislature on Canada Day.

However, Liberal Leader Dougald Lamont said he doesn’t think Pallister would be announcing his departure this early — if his caucus hadn’t pushed him to leave.

“What the PCs want to do is find someone who will somehow be able to put the spectre of Pallister behind them and, hopefully, (Manitobans will) forget it,” Lamont said.

“But the fact that the PCs were so rigid in their discipline and nobody was willing to speak up really until the last month, I think it will be a real challenge for anybody to separate themselves and argue that they were somehow different or not part of this government.”

That would apply even to people who “come from outside” the PC caucus as a potential replacement, he added.

Pallister and his cabinet haven’t been friends of higher education or public schools in general, the president of the Manitoba Organization of Faculty Associations said.

“It will take years to undo the damage he and his cabinet have done,” Scott Forbes said in a statement late Tuesday.

“We encourage the new leader to repeal Bill 33 (Advanced Education Administration Amendment Act) and to withdraw Bill 64 (Education Modernization Act), and to begin a real consultation with education leaders to begin the rebuilding process.” 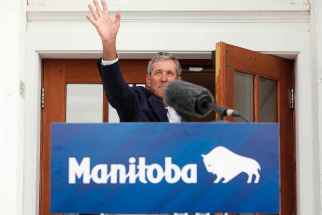 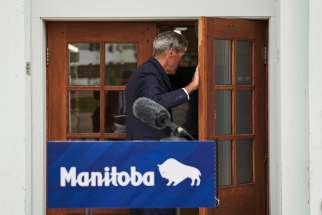 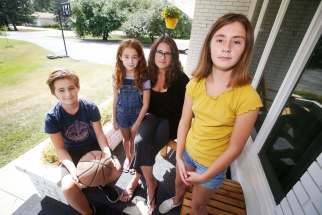 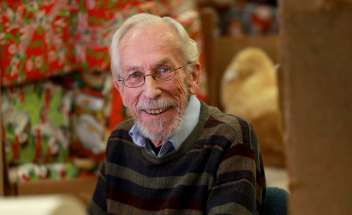 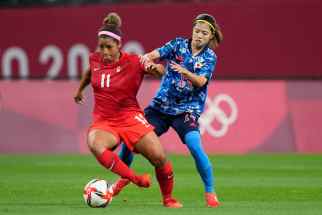