The Liberals and Conservatives are in a dead heat in Winnipeg, but a preference for the Tories among suburbanites could allow the party to pick up a seat or two.

The Liberals and Conservatives are in a dead heat in Winnipeg, but a preference for the Tories among suburbanites could allow the party to pick up a seat or two.

Leger surveyed 600 of its Manitoba panelists from Sept. 3 to 8, and weighed rules based on the 2016 census results for age, gender and education on a regional basis.

“There is a good reason to pay attention to what’s going on here in Manitoba,” said Leger executive vice-president Andrew Enns about a new Leger poll commissioned by the Winnipeg Free Press.

“Particularly in the city of Winnipeg, there are going to be a couple of good races to follow.”

The firm surveyed 600 Manitobans from Sept. 3 to 8, a period that overlapped with Labour Day, the return to school and campaign pledges about firearms.

For all of Manitoba, the Conservatives lead at 38 per cent among decided voters, followed by the Grits at 30 per cent and the NDP at 22 per cent.

Yet in Winnipeg, the Liberals and Tories are tied at 36 per cent, while the NDP has 21 per cent support.

That means a slight Conservative bump in the city compared with the party’s 2019 results, and a slight drop in their rural stronghold.

Party support in Winnipeg depends on where people live.

Among Winnipeggers who say they live in the suburbs, 39 per cent support the Conservatives, versus 34 per cent who endorse the Liberals.

Those numbers are switched for urban Winnipeg, where 39 per cent plan to vote Liberal and 33 per cent side with the Tories.

University of Manitoba political scientist Christopher Adams noted that the Conservatives seem to have gained more support in the city since a Probe Research poll in June placed them at 26 per cent support.

“It looks like the Conservatives have come back a bit more strongly in Winnipeg,” he said.

Enns and Adams argued that trend could determine tight races in the western and southern areas of the city. That’s because the Tories always have more support on the outer edges of Winnipeg than they do downtown, including in ridings the Conservatives lost in 2015.

When Parliament was dissolved last month, the governing Liberals had four seats in Manitoba, the Tories had seven and the NDP had three.

The most contested riding in the province, Charleswood-St. James-Assiniboia-Headingley, is largely suburban and partly rural, and has flipped between the two parties since former MP Steven Fletcher lost the riding for the Tories in 2015. When the election was called, it was held by Tory Marty Morantz. He is working hard to fend off Liberal challenger Doug Eyolfson, who held the seat for one term, from 2015 to 2019.

Meanwhile, Winnipeg South, held by Liberal Terry Duguid, tends to be a bellwether riding that follows national trends, which currently don’t favour the Liberals, but could change by the Sept. 20 election.

“There is a general sense that Justin Trudeau has not run a great campaign, and there are concerns people have, that he should not have called an election during a pandemic,” Adams said.

Other ridings could shift if Conservative support rises, either by locking in a Tory incumbent, or switching NDP voters to the Tories and allowing a Liberal to prevail — or even by giving the Liberals more of a case to urge NDP supporters to vote for them to keep a Tory out of office.

The Liberals seem to be static, holding onto the same level of Winnipeg support as earlier this summer, but nowhere near the boost they had at the start of the COVID-19 pandemic.

In rural Manitoba, eight per cent of respondents say they support the People’s Party of Canada, which was formed by Maxime Bernier in 2018.

Enns and Adams said while that is noteworthy, it likely won’t be enough to split the vote in any ridings outside Winnipeg.

“The Tories are down where they can probably afford to be down a bit, outside the city,” Enns said.

“They went by really large margins to the Conservatives (in 2019) so I think they’ve got some room here, before they have to be worried about vote splitting.”

“(Leader) Erin O’Toole’s efforts to take some of the rough edges off the Conservative party, with regards to having a fairly defined climate change policy and speaking to health care… might be having a positive impact on this campaign.” – Leger executive vice-president Andrew Enns

“(Leader) Erin O’Toole’s efforts to take some of the rough edges off the Conservative party, with regards to having a fairly defined climate change policy and speaking to health care… might be having a positive impact on this campaign,” said Enns.

The Free Press offered the three main parties a sneak peek at the results Thursday and asked for comment.

The Liberals never responded. The Conservatives declined, but argued the party’s economic platform is resonating in the province.

“We know that Canadians did not want to have an unnecessary election during the fourth wave of the pandemic, and we see that in Manitoba, too,” wrote spokesman Mathew Clancy.

The NDP studied the results and didn’t comment on the numbers. 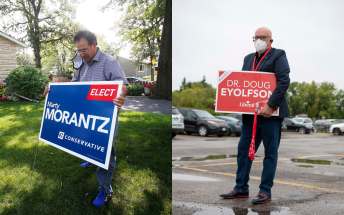 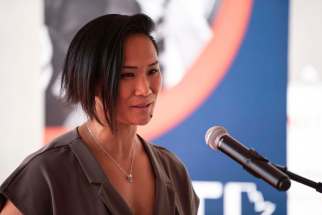 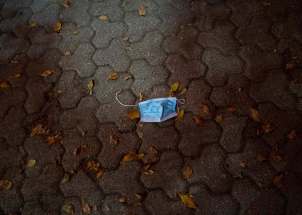 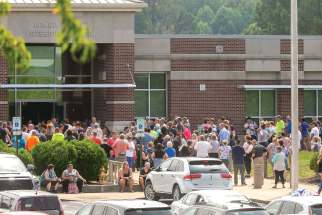 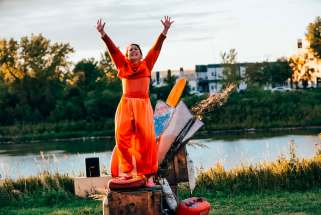 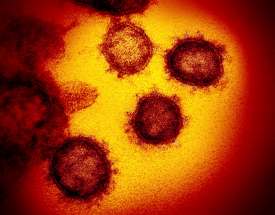