There’s no shortage of good news surrounding the Winnipeg Jets as the NHL squad prepares to embark on its 11th campaign since returning to the Manitoba capital. A sizable chunk of the roster returns for the 2021-22 season, including all-star goaltender Connor Hellebuyck and a stellar forward core led by Mark Scheifele, Nikolaj Ehlers and Kyle Connor. There’s also been a much-needed alteration of its defensive group, which should put the squad in good stead in the ultra-competitive Central Division.

* AHL contract on an NHL tryout

That’s right, the Central. Winnipeg will be reunited (and hope it feels so good) with the Chicago Blackhawks, Colorado Avalanche, Dallas Stars, Minnesota Wild, Nashville Predators and St. Louis Blues, while the Arizona Coyotes join the pack from the Pacific as the expansion Seattle Kraken take their spot.

During the abbreviated 2021 campaign owing to the COVID-19 pandemic, the Jets finished third (30-23-3) in the all-Canadian North Division and were one of two NHL teams (along with the Vancouver Canucks) with no division rivals in their own time zone. Winnipeg shocked the Edmonton Oilers with a four-game sweep to begin post-season play but was unceremoniously dumped in four straight contests by the Montreal Canadiens to bow out of the race for the Stanley Cup.

This fall, head coach Paul Maurice guides the club through its eighth training camp under his tutelage, the team’s bona fide stars are in the prime of their careers and hopes are sky high for what is, unquestionably, a deep NHL roster.

The opportunity for maximum success is now. There are no mitigating circumstances. No built-in excuses.

Jets training camp started Wednesday with team medicals, while 44 participants hit the ice Thursday at 10 a.m. at the Iceplex. Free Press sports columnist Mike McIntyre and hockey writer Jason Bell take a closer look at the club as it begins preparations for the 2021-22 NHL campaign.

THE ELEPHANT IN THE ROOM: Vaccination status is a hot topic these days, and that certainly extends to the NHL. A handful of players have already indicated they won’t get jabbed, putting their seasons in peril due to strict protocols. Detroit’s Tyler Bertuzzi, for example, will have to miss all of his team’s visits to Canada, while Columbus forward Zac Rinaldo was uninvited from even attending training camp. Although the Jets have yet to confirm, expect to hear soon that 100 per cent of all players, coaches and staff are immunized against COVID-19 and there will be no issues going forward.

WELCOME BACK, FANS: Sunday’s pre-season opener at Canada Life Centre won’t be your ordinary sleepy September affair. It will mark the first time in 18 months the downtown rink is fully open to hockey fans, provided they are fully vaxxed. After playing exclusively in empty barns since life as we know it came to a screeching halt in March 2020, that will put an early exclamation point to training camp. Will they sell the place out night after night? That will be something to keep an eye on.

“WE’VE GOT TO WIN”: Maurice has already thrown down the gauntlet, admitting last week the pressure is to perform for a roster that would appear to have all the tools to succeed. That should bring an immediate sense of purpose and urgency right out of the gate.

NEW SEASON, NEW SYSTEMS: Maurice also hinted that his team would utilize three entirely new systems in the offensive, defensive and neutral zones. The idea, he said, is to play the strengths of the club, particularly a revamped blue line. We’ll start to see exactly what that looks like in training camp skates and the six exhibition tilts.

THE KIDS ARE ALRIGHT: Now the question is, will any of the club’s brightest young stars seize a potential spot on the roster, the way Logan Stanley did last season? We’re looking primarily at you Kristian Vesalainen, David Gustafsson, Cole Perfetti, Ville Heinola and Dylan Samberg.

CAP CONCERNS: The Jets will be right near the US$81.5 million salary-cap ceiling. Will they have enough room to even carry a 23-man roster, or will they have to save a few valuable pennies and only go with 22 skaters? That’s quite likely, and means one less job is up for grabs.

OLYMPIC DREAMS: There’s some added incentive to getting off to a hot start this season. For some players, it could mean playing themselves on to Winter Olympics rosters for their respective countries. The Jets have plenty of candidates, including Hellebuyck and Connor (USA), Scheifele (Canada), Ehlers (Denmark) and Moose defenceman Leon Gawanke (Germany). Might players such as Wheeler (USA), Pionk (USA) and Morrissey (Canada) enter the chat as well? Gentlemen: Start your hockey engines.

The Jets have no shortage of highly skilled and capable manpower. Questions remain, however, on a realistic and appropriate division of labour — slotting in the right player at the right position — to get the most out of this roster.

IN THE CREASE: No battle to be waged here. Hellebuyck won the Vezina Trophy as the league’s top goalie following the 2019-20 season and had another tremendous year in ’21, going 24-17-3 with a 2.58 goals-against average, a .916 save percentage and four shutouts. Assuming he stays healthy, expect the Michigan product to start 60 games. And it’s crystal clear that Comrie will back him up.

DEFENCE MAKES ITS CASE: A mediocre defensive corps was the team’s cross to bear the last two seasons. But unlike the summer of 2019 when the club lost Jacob Trouba via trade, Tyler Myers and Ben Chiarot to free agency and Dustin Byfuglien to retirement, Winnipeg endured no crippling subtractions during the short offseason following its playoff defeat to Montreal.

In fact, the boss made some shrewd additions, acquiring Schmidt and Dillon, who instantly join Morrissey, Pionk and Dylan DeMelo as the pillars of a vastly improved defensive unit. Stanley, who surprised most with a fine rookie season, inked to a new contract is the favourite to round out the starting six. That leaves veteran Nathan Beaulieu in a battle with youngsters Heinola and Samberg in a likely fight for the last roster spot. Experience may win out, especially since Jets brass would prefer the kids play big minutes with the Moose rather than munch on popcorn in the press box as healthy scratches.

FORWARD THINKING: The Jets have a marquee centre in Scheifele. But who does he play with on the top line? Coach Maurice went with Connor on the left side for the bulk of last season, and only six NHLers scored more goals than Connor (129) since the start of the 2017-18 season. Wheeler has traditionally been on the right. However, Ehlers proved to be an effective driver and could assume that spot.

Stastny and Dubois are likely on the second line, with one of the above rounding out the trio.

Adam Lowry and Andrew Copp fit snugly like puzzle pieces on the third line, but there’s a position available on the right side. Vesalainen, a 6-3, 207-pound Finn, might just fit the bill; he moves well along the wall and has shown, in spurts, some dogged puck pursuit. But he won’t be gifted the job and can expect competition from Jansen Harkins and newcomer Nash.

Or, does Perfetti make a strong pitch for employment in the top-nine? Winnipeg’s The 2020 first-round draft pick was a major beneficiary of a Ontario junior league season, allowing him to not only suit up with the Manitoba Moose but excel in the American Hockey League. Perfetti, who turns 20 on New Year’s Day, has a high hockey I.Q., to go with a ton of talent, and he might just be ready to make the leap to the big league.

Winnipeg’s bottom trio likely shakes out as a combination of young Gustafsson, Dominic Toninato and either of the aforementioned Nash or Vesalainen, with other depth forwards such as newcomers Luke Johnson, Austin Poganski and Evgeny Svechnikov pushing for playing time.

PIERRE-LUC DUBOIS: Nobody will be under a brighter spotlight than Dubois, who had a miserable start to his Jets career last spring. The 23-year-old is saying all the right things, hoping a full summer of training and the clean slate of a new campaign will produce much better results. The Jets are certainly counting on that, given the importance of having strength up the middle. Speaking of…

MARK SCHEIFELE: When we last saw the team’s No. 1 centre, he was being ushered off the ice with a game misconduct for a brutal charge on Montreal’s Jake Evans which netted him a four-game suspension. Scheifele will be able to play pre-season games, but his regular-season debut will have to wait until Game 2 in San Jose with one game left on his penalty. Can he channel his obvious frustration over that whole episode into an “I’ll show you” campaign?

BLAKE WHEELER: There were stints last year, especially early, where it appeared Father Time had caught up to the Jets’ captain. We now know he was dealing with a significant rib injury, and his play improved as he healed. The team’s highest-paid player, who recently turned 35, tries to lead by example, and the club no doubt hopes there’s still a lot of gas left in the tank.

NATE SCHMIDT AND BRENDEN DILLON: We’re lumping the two newbies together, even though they’re very different players. But together, the veterans bring a completely different look to the back-end. A key goal in camp will be to find the best fit for their skills. Along with Pionk and Morrissey, expect to see them in the top four in some fashion.

ERIC COMRIE: He’s been handed the keys to the backup role in the crease, which has plenty around here a bit nervous. After all, Comrie’s small body of NHL work doesn’t inspire much confidence (3-5-0, 4.07 GAA, .873 save percentage). Playing behind Hellebuyck likely means long spells between starting assignments, but he best be ready when called upon. If he’s not up to the job, the organization may have no choice but to look elsewhere.

JOSH MORRISSEY: As the alternate captain recently detailed in an exclusive one-on-one with the Free Press, last year was a living nightmare. His father and role model was dying of cancer, and Morrissey’s mind was on much more important matters. He’ll be playing with a heavy heart following the August death of his dad, but is ready to show he’s got a lot more to give than what’s been seen recently.

Note: All skates at Iceplex are open to the public, although seating is limited. Players may be on as many as three different rinks at the same time. Spectators must be fully vaccinated to enter the facility and wear a mask at all times. 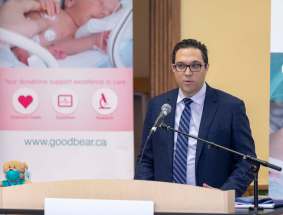 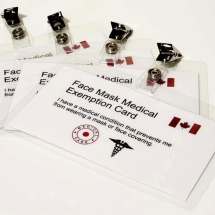 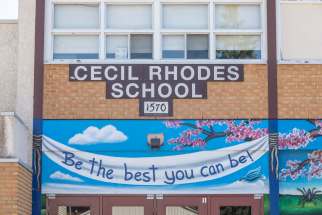 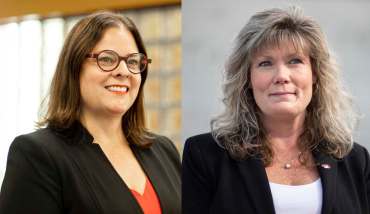 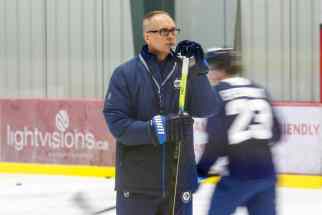 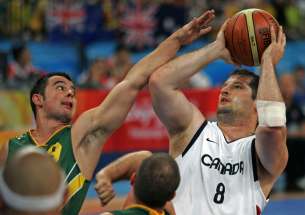 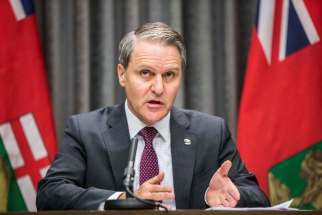 Into the night and beyond Expanding the reach of adaptive sports