FOR years, Winnipeggers without permanent homes have formed temporary shelters along the riverbanks, tucked against the underbelly of concrete bridges.

FOR years, Winnipeggers without permanent homes have formed temporary shelters along the riverbanks, tucked against the underbelly of concrete bridges.

It is a space the city has now deemed off-limits, via new signage and new policy, banning such encampments.

A post circulating on social media Tuesday showed a new sign under the Norwood Bridge bearing two pictograms: no tents, no fires.

Though social media users scoffed at the signage, suggesting it would do little to curb fires or encampments in the area, officials said it forms part of a new zero-tolerance strategy for under-bridge shelters.

“The city’s concerns regarding the safety of those establishing shelter under bridges is growing,” communications director Felicia Wiltshire said in an email Tuesday.

“We have been working with our community partners to relay these concerns, and feel that we have reached a point where it is no longer prudent to allow encampments under the bridges to continue.”

The new rules, which came into effect Oct. 1, ban “camping and/or gathering” under bridges — and the city plans to clear any encampments or “accumulation of combustible materials” within three metres of a bridge structure.

“We’re finding that the life-safety hazards have been very difficult to manage. We’ve hit a critical point where we’re afraid we’re going to have another tragedy, similar to what happened on Higgins Avenue in February,” said Winnipeg Fire Paramedic Service assistant chief Mark Reshaur.

“The fires under the bridges are occurring for a number of reasons and it’s been a consistent problem that we’re experiencing with the encampments. The fire and life-safety issues are very acute (within) the community.”

In February, a person at an encampment on Higgins Avenue died after an aerosol can exploded in a shelter.

According to data provided by the city, 94 fires have burned under or near bridges as of late September, already nearly double the 56 recorded in 2020.

Though the signage was small and “not too noticeable,” it was posted in a high-traffic area, near a spot where char marks and exposed electrical conduits marked the memory of recent fires.

“I can see the concern from the fire department that uncontrolled fires in certain locations create safety hazards and can destroy private and public property and cost more money down the road,” Whitford said. “However, the individuals that are doing so are not doing that for their leisure enjoyment — they’re using it because they have no other means to keep warm or sheltered.”

In an effort to provide support for those living in encampments, the city said it has been working with End Homelessness Winnipeg, Main Street Project and the affected residents to provide education about the rules change and transitional housing options (at no cost for residents) to anyone who chooses.

Still, Whitford emphasized the COVID-19 pandemic has heightened marginalization of those experiencing homelessness, and slashed the effectiveness of existing resources.

He estimates approximately 115 encampments, each home to upwards of five to 10 people, currently exist across Winnipeg. Those who live in encampments are in “survival mode,” Whitford said.

“The broader issue we have to work towards is working to support the unsheltered individuals in our community. They don’t have any other resources that they’re comfortable with, that they feel safe with, or that could accommodate their circumstances.” 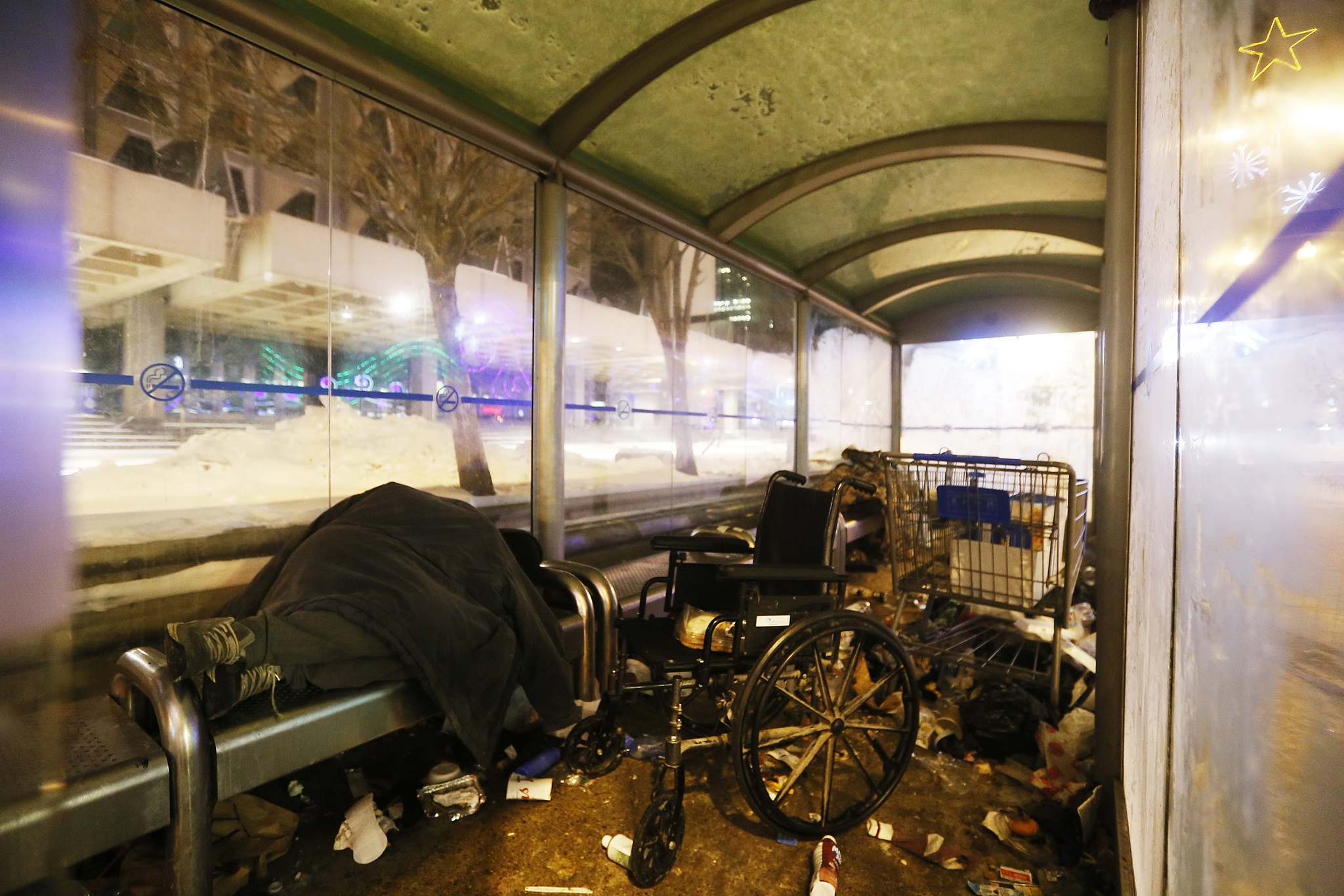