Max Johnson has returned from his latest overseas trip with a souvenir: a new knee.

Max Johnson has returned from his latest overseas trip with a souvenir: a new knee.

The former Winnipeg travel agency owner is now home after undergoing knee replacement surgery at Nordorthopaedics Clinic in Lithuania — shaving off the minimum 18 months he was expected to have to wait for such a procedure in Manitoba.

The clinic said earlier this week the number of Canadian medical tourists it is servicing has jumped by more than 50 per cent this year over 2019. It noted the numbers are being driven in recent weeks by patients coming from Alberta, due to postponement of non-urgent procedures in that province due to the high number of COVID-19 cases.

“There were two Albertans and one from Saskatchewan there,” the retiree said Thursday. “They are getting a lot more Canadians now that word is spreading.”

Johnson said he has also heard about a fellow Manitoban who is booked to go to the same clinic for a hip replacement in January. “She says she didn’t want to do it before Christmas.”

The ongoing pandemic, which has resulted in the shutdown of elective surgeries at times, has dramatically increased what was already a long backlog for surgeries and procedures in the province.

“Frankly, if I ever needed more surgery, I would go back there in a heartbeat. I’m now able to work without pain.”
– Max Johnson

Doctors Manitoba estimated last month the backlog is now up to almost 130,000 procedures. The number of hip and knee replacements alone have dropped by 56 per cent, resulting in a wait list jumping from about 6,000 to more than 8,000.

Johnson (who flew to Europe Sept. 16 for an extended vacation) paid out-of-pocket to have his left knee replaced Oct. 28 at the clinic in Kaunas, Lithuania. He was then transported to a spa about a two-hour drive away, where he received intensive physiotherapy, massage therapy, and doctor visits every few days.

Two-and-a-half weeks later, Johnson was on a plane heading home.

“It was all integrated and smooth and it works like clockwork,” he said. “It was a really good experience.

“Frankly, if I ever needed more surgery, I would go back there in a heartbeat. I’m now able to work without pain.”

Johnson said he has already seen a local physiotherapist, who told him he would be nowhere near this far along in his recovery if he had had surgery done in Manitoba.

“I’m able to walk without problem,” he said. “I use a cane for balance. They told me the first month is for healing and the second month is for strength, and then you’re ready to roll.”

Dr. Sarunas Tarasevicius, a surgeon at Nordorthopaedics, said it’s better to get hip and knee surgeries performed as quickly as possible because of problems such as muscle atrophy of affected limbs and higher loads on the healthy limb.

“People with hip problems can even develop pelvic tilting, which triggers back pains as well as spinal deformity,” the surgeon said in a statement.

“Considering the potential risks to health, and the possibility to schedule the medical procedure at the clinic with minimum wait time, two Alberta residents travelled all the way to Lithuania for hip replacement surgeries.”

A 60-year-old Calgary woman, identified only as Patricia, said in a statement she was initially told she would have to wait 15 to 18 months for surgery; the pandemic then put surgeries on hold and pushed the wait up as long as three years. That’s when she opted for Lithuania.

“I often opted out of doing things, because if I did too much I would be in lots of pain at night,” she said of her injury.

Another woman, 63-year-old Maureen Johnston from Edmonton, said her hip replacement surgery wasn’t going to take place for up to two years, so she went to Lithuania.

“During the past year, while on a list to see a surgeon in Alberta, I was only able to walk about a block instead of my daily five kilometres and I was in constant pain,” she said in a statement, adding it was cheaper than similar surgery in Canada.

“In 2019, the (inpatient) cost here was $21,430 (according to a Canadian Institute for Health Information report) — I don’t know what it is now but it probably won’t be less,” he said.

“I spent $15,000 Canadian dollars (on the surgery/recovery stay, before airfare); I spent $12,000 for a fence this summer,” the Winnipeg retiree said. “If the price is $6,000 less per person, if (the province) sent 200 people there you would save more than $1 million and you could use those dollars to do additional surgeries in Manitoba.

“The province could reduce the wait list with surgeries here and in Lithuania, but nobody is talking about it.”

An added bonus, Johnson said: there is virtually no wait time.

“(Nordorthopaedics is) booking three weeks out. You could be home by Christmas with a new hip or knee.”

“(Nordorthopaedics is) booking three weeks out. You could be home by Christmas with a new hip or knee.”
– Max Johnson

Winnipeg woman postpones her own surgery to advocate for unwell husband 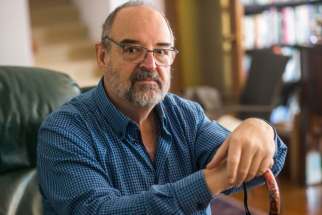 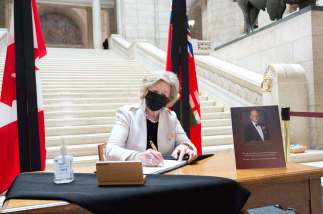 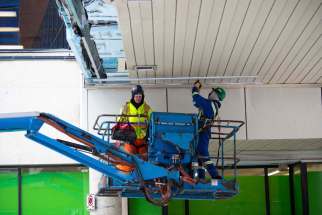 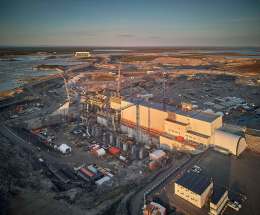 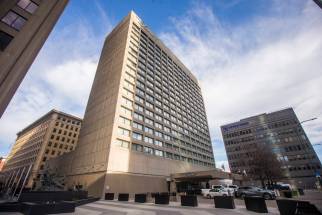 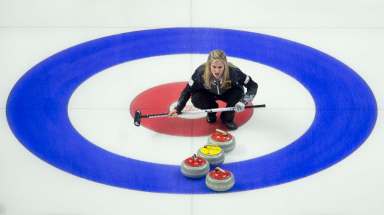 Dumping O’Toole would be the wrong move 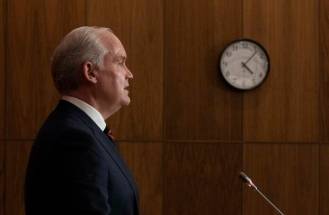