Dangerous ruts on major thoroughfares are slowing traffic to a crawl and leading to collisions across the city.

Dangerous ruts on major thoroughfares are slowing traffic to a crawl and leading to collisions across the city.

Lyndsey Wallis said she feels she’s taking a risk whenever she gets behind the wheel, no matter how much under the speed limit she drives.

“It feels like you’re off-roading when you’re just trying to switch lanes,” she said Tuesday.

“You know when you drive into a car wash to get your tire in (the wheel guide rails)? It’s like that. You have to get right into the rut. Portage Avenue is bad all along, but Stafford Street seems to be the absolute worst.

“You’re kind of at the mercy of what physics would allow.”

Wallis said she used to have a car, but has switched to a Jeep.

“I have felt safe driving during the last two winters, but this winter I feel like I’m constantly doing 20 kilometres per hour below the speed limit,” she said. “I don’t know whether we have ruts because it’s so cold and we usually get melting in between the snow and it isn’t happening this year.

“But the city has to do more plowing. Is it worth it to spend the money to clear them or is to worth it to take into account peoples’ lives?”

Another Winnipeg woman said she suffered an injury and had to have her vehicle towed because ruts caused a pickup truck to suddenly careen out of control on Portage Avenue, hitting the side of her parked SUV while she was getting something out of the back seat.

“The police officer said (the truck’s driver) told them she was switching lanes and she couldn’t because of the ruts,” said the woman, who didn’t want to be identified.

“Her vehicle then hit the side of mine. I was on the passenger side leaning in, and all of a sudden I heard someone yell and then my car was smashed into. My vehicle went into me, hitting my shin and then I was thrown.

“I landed with my hands down with my face in the snow… all I know is it could have been a lot worse.”

A spokesman for Manitoba Public Insurance said there has been a spike in collisions compared to last year in Winnipeg, but not necessarily because of the street conditions.

“The difference in claims can be attributed to two factors: lower traffic volumes last year due to COVID-19 lockdowns and restrictions, and a milder winter,” said Brian Smiley.

“Motorists are reminded to drive to both weather and road conditions.”

“Truck plows are always our first line of defence and the type of plowing equipment our crews use to clear streets during snow events,” said Allen. “Truck plows are used as a rapid response to keep the streets open, clear and driveable during a snow event as the snow continues to fall.

“With the warmer temperatures expected, we’ll be switching to grader plows (Tuesday evening) to allow us to get closer to the pavement and break up the accumulated ice and compacted snow more effectively.”

Heather Mack, CAA Manitoba’s government and community relations manager, said she hopes the city will be able to clear the roads to help motorists.

“It has been a strange year, Mack said. “ I don’t remember the ruts like this. It’s the priority streets, even Portage Avenue is rutted all the way… the roads are risky even at the low speeds. The speed limits are the speed limits in ideal conditions, and they are not ideal conditions now. People have to slow down.”

Coun. Matt Allard, chairman of the civic public works committee, said bureaucrats, not politicians, order the snow plows to clear the streets. But he acknowledged that politicians set the snow-clearing policy and said he’ll be seeking answers later this week. One question will be whether graders can get to the ruts more quickly,even in freezing temperatures.

“I’ve been getting calls from residents about the roads,” he said. “We’ve had an exceptional amount of snow this year compared to recent years. We’ll have to ask the director if there has been a change of policy deploying grader plows.”

“The city has done a much better job than they did after the first snowfall,” said Cohoe.

“You can see there’s definitely more effort being done… it is definitely a noticeable improvement.”

“We are however addressing trouble spots on residential streets as required,” he said. “Residents should contact 311 if they want to report a location where there is a concern.” 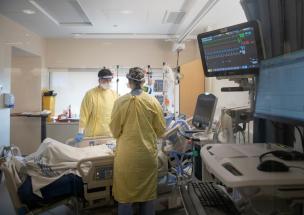 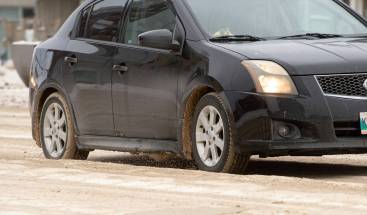 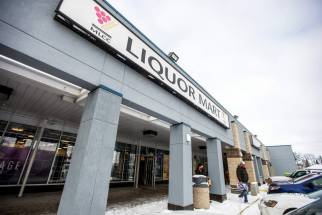 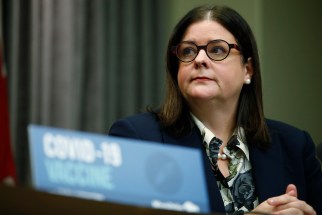 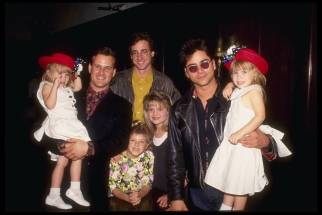 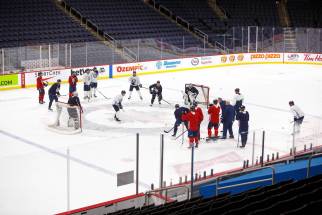 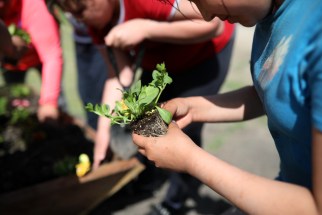