A family of four, including a teen and an infant, were discovered frozen to death just steps from the Canada-U.S. border near Emerson Wednesday, victims of what U.S. justice officials believe is part of a large human smuggling operation.

A family of four, including a teen and an infant, were discovered frozen to death just steps from the Canada-U.S. border near Emerson Wednesday, victims of what U.S. justice officials believe is part of a large human smuggling operation.

The victims, found in a snow-covered field about 10 kilometres east of Emerson, appeared to be among a group of 11 people from India attempting to cross the border into the United States, as temperatures dipped to -35 C in wind-whipped whiteout conditions. Seven made it across and were apprehended by American law enforcement officers.

The family had been separated from the rest of the group during the harrowing overnight odyssey.

“It is an absolute and heartbreaking tragedy,” assistant commissioner Jane MacLatchy, commander of the RCMP in Manitoba, told reporters Thursday.

According to court documents, U.S. Border Patrol officers assisted by Homeland Security agents stopped a van a few hundred metres south of the border Wednesday morning. The van was driven by a 47-year-old American citizen who had two undocumented Indian passengers. Officers discovered cases of plastic cups, bottled water, bottled juice and snacks in the back of the van, as well as receipts for the vehicle rental in the suspect’s name, the District of Minnesota U.S. Attorney’s Office said.

While the driver and passengers were being transported to the border station in Pembina, N.D., law enforcement apprehended five more undocumented Indian nationals about 400 metres south of the border, walking in the direction of where the van had been stopped.

They explained that they crossed the border expecting to be picked up by someone and that they had been walking for more than 11 hours.

One had a backpack containing children’s clothes, medication, a diaper and toys; he said he was carrying it for the family of four that had fallen away from the others during the night.

The van’s driver, Steve Shand of Deltona, Fla., is charged with one count of knowing or in reckless disregard of the fact that an alien had come to, entered, or remained in the United States in violation of law, having transported, and moved or having attempted to transport and move such aliens.

He first appeared in U.S. district court Thursday in St. Paul, Minn., and was ordered to remain in custody pending a preliminary and detention hearing, scheduled for Jan. 24.

Court documents filed Wednesday in support of Shand’s arrest allege one of the people spent a significant amount of money to come to Canada with a fraudulent student visa, with plans to go to an uncle’s home in Chicago.

“The investigation into the death of the four individuals in Canada is ongoing along with an investigation into a larger human smuggling operation of which Shand is suspected of being a part,” John Stanley, a special agent with Homeland Security Investigations, said in court documents.

By Wednesday morning, Shand was in Kittson County, Minn., where the van got stuck in a snow-filled ditch, the Minnesota Star Tribune reported. A snow-plow driver pulled him out and spoke to Shand, according to the complaint, and Shand said he was on his way to visit relatives in Winnipeg.

U.S. authorities suspect Shand of being part of three other recent smuggling incidents in the area.

An American border patrol agent reported there had been three other recent human smuggling incidents — on Dec. 12 and 22, 2021, and Jan. 12, 2022 — at the same place Shand was arrested, a U.S. Homeland Security Investigations special agent wrote in an affidavit.

That border patrol agent saw three people’s boot prints suspected of walking across the border at that location on Jan. 12. All the print’s were made by the same boot brand.

Canadian officers at the border were alerted at about 9:30 Wednesday morning, MacLatchy said. RCMP major crimes investigators, officers from the Morris detachment and the integrated border enforcement team began to search the area using snowmobiles and all-terrain vehicles to traverse deep snowdrifts east of Emerson.

After roughly four hours, the bodies of a man, woman and baby were found about 10 metres north of the border east of Emerson at about 1:30 p.m. The teenage boy’s body was discovered nearby a few minutes later.

Autopsies will confirm the cause of the deaths, presumed to have been exposure.

U.S. authorities told the Star Tribune the migrants were from Gujarat, a region in western India, and spoke little or no English. All were wearing new cold-weather gear, including coats, boots, gloves and balaclavas.

“At 40 below, the temperatures are just so extreme that it would be hard to be wearing anything that’s appropriate for that, let’s be honest,” MacLatchy said, adding she could not speak to the specifics of the ongoing investigation, but noted organized crime has been involved in previous border-crossing incidents.

“We’re very concerned that… these individuals, including an infant, were left on their own in the middle of a blizzard, when the weather hovered around -35 C, factoring the wind,” she said.

“These victims faced not only the cold weather but also endless fields, large snowdrifts and complete darkness.

She did not say whether RCMP found luggage or other personal items when they discovered the bodies or if any abandoned vehicles had been located.

Officers were still combing the area Thursday morning; a thorough grid search turned up no other victims.

“Our folks are looking, they’re hoping, dealing with some really tough situations. This hurts everybody,” MacLatchy said, imploring anyone considering a border-crossing attempt to think twice.

“Just don’t do it. Do not listen to anyone who tells you they can get you to your destination safely. They cannot. Even with proper clothing, it is not a journey that is possible,” she said.

“I do understand that for some there may be a great need to get to another country, but this is not the way. You will be risking your life and the lives of the people you care about if you try it.”

Two members of the group apprehended in the U.S. sustained serious injuries and were taken to hospital. One migrant, an adult female, was airlifted to a hospital in St. Paul, Minn., for advanced care while the other, an adult male, was treated and released to U.S. Border Patrol custody.

“(An officer) said, ‘We saw some tracks going south the border,’” said the man, who lives about three kilometres north of the border and asked not to be identified. “We just assumed it was people crossing the border.”

Border crossings were a frequent occurrence around Emerson after Donald Trump’s presidential election victory in the fall of 2016. But it was one-way traffic — heading north — for the steady stream of asylum-seekers who feared arrest and deportation in a threatened crackdown on illegal immigrants under the new U.S. administration.

The flood of thwarted crossings eventually slowed to a trickle; reported attempts have been few and far between of late. 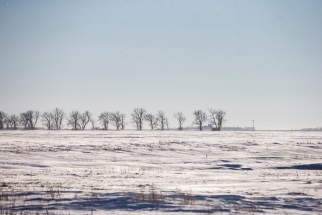 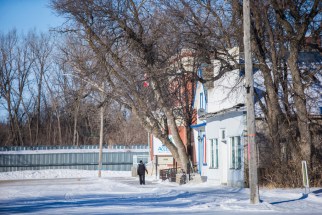 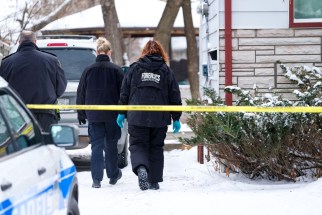 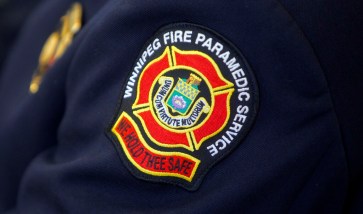 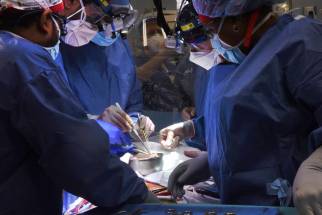 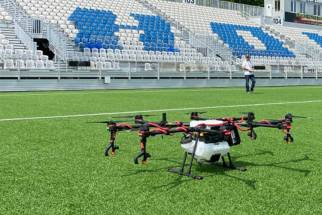 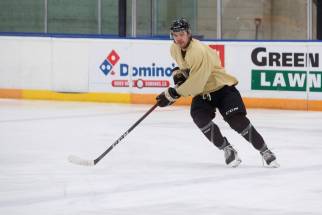 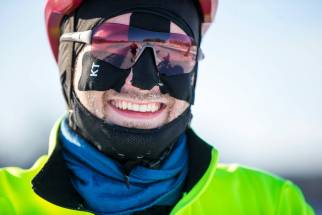 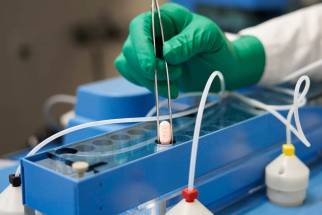