World geography students at a Winnipeg high school put their mapping skills to good use last week, when they transformed a classroom into a command centre to help a man escape the war-torn capital of Ukraine.

World geography students at a Winnipeg high school put their mapping skills to good use last week, when they transformed a classroom into a command centre to help a man escape the war-torn capital of Ukraine.

Karen Robb, an educational assistant at Fort Richmond Collegiate, recently discovered her birth father, Gary Milani, has been living in eastern Europe for more than 20 years.

“The first actual time I heard his voice in my whole life, I had to compete with the sound of bombs and machine guns outside of his window,” Robb recalled, during a phone call Wednesday.

The educational assistant said the two have been in touch over the last two years, but communication intensified when Russian forces invaded Ukraine last month.

Robb initially struggled to convince the 73-year-old Canadian it was unsafe for him to stay in Kyiv throughout the war, she said, adding when he was finally willing to leave, it quickly became clear how difficult that task would be.

“I was trying to think out of the box, what I could do, how I could help from where I was,” she said. “It dawned on me that students in the geography class (at FRC), who are a bunch of whiz-kids with tech devices, might be able to help.”

When Robb approached teacher Regan Moses early last week, the social studies educator — who has a Stand With Ukraine sign hanging in her classroom — was keen to support her colleague and task teenagers with a problem-solving lesson.

“It was a heartbreaking story, but we knew we had to do something,” said Adil Hayat, a Grade 12 student.

Adil and his peers used photos of the 73-year-old man’s location, which he had sent to Robb, as a starting point for their project March 1.

They determined Milani was at a city hostel using Google Maps and satellite imagery online, and proceeded to plot an unobstructed 16.2-kilometre route for him to take to the Kyiv train station while avoiding a massive Russian military convoy.

(The students originally mapped out directions so Milani could first walk to pick-up his daughter at her grandmother’s house before finding them a route to the train station together. They had to pivot in response to changing family plans.)

“It was a heartbreaking story, but we knew we had to do something.” – Adil Hayat, student

“We were all on our phones, doing research… By the end of the class, we were able to successfully tell him where he needed to go (over the phone) so he had a map in mind, so he knew what roads were closed and what roads were open,” Adil said.

Grade 12 student Inga Kseniia Tkaschuk, who immigrated to Canada from Ukraine in 2017 due to economic reasons and ongoing conflict in the region, translated Ukrainian articles where necessary.

The class relied on social media and news reports to learn a specific bridge had been bombed-out and violence was less prevalent during the day in comparison to night.

Equipped with knowledge, Milani left for the train station the following morning at 7 a.m. in Kyiv (11 p.m. CST on March 1). However, police turned him away at a checkpost because of ongoing violence and debris on the roads.

Robb said he waited an entire day to retry the plan, with a bag secured to his chest and another on his back, and luckily managed to hail a cab en route to his destination.

While he was waiting for a train to Lviv, the class’ resident translator learned via Ukrainian media a station platform had been bombed. The FRC community panicked for 45 minutes on March 2, until they heard firsthand from Milani he was safe, despite having witnessed the horrifying bombing “14 feet away,” his daughter recalled.

Robb said the bombing caused delays, but he was able to successfully depart for Lviv, the first of many cities he would have to visit to restart his life.

“We were all on our phones, doing research… By the end of the class, we were able to successfully tell him where he needed to go (over the phone) so he had a map in mind, so he knew what roads were closed and what roads were open.” – Adil Hayat, student

There, he was reunited with family to board a bus to Krakow, Poland, she said, adding the group plans to take two more trips: Krakow to Rome, and Rome to Calabria, Italy, to find Milani’s wife, who moved to the area to find work.

Inga Kseniia said she is worried about her family in Ukraine, but is doing what she can to help from afar. The mapping project provided the class with a way to help, she said, adding the geography students have partnered with FRC student council and Amnesty International Club to fundraise by selling perogies and pins.

The class’ teacher said she is in awe of the students’ leadership, knowledge and empathy.

“There’s been a lot going on in the world lately and when I look at the class that I have, I’m assured that we’re going to be OK,” Moses said, noting students have learned a lot about active citizenship in recent days.

Meantime, Robb said she is incredibly grateful for all of their efforts to keep her birth father safe. One day — perhaps this summer, since she and her partner had already been planning a trip to Italy — she hopes to meet Milani in-person.

For now, they continue to check-in with each other via phone call.

“It’s sporadic, because they don’t want to waste a lot of their batteries… When information comes in, it’s either terrifying or welcome,” she said.

“It’s sporadic, because they don’t want to waste a lot of their batteries… When information comes in, it’s either terrifying or welcome.” – Karen Robb

On Wednesday afternoon, Robb received an unexpected call as the school day was wrapping up. Milani was waiting in Krakow for the next leg of his trip.

The educational assistant noted two things: her father sounded calm and everything was quiet in the background.

When she made a remark about the silence, he responded: “This is what safe sounds like.”

‘Just take pity on us’: Ukrainians call out for help in battle for the sky 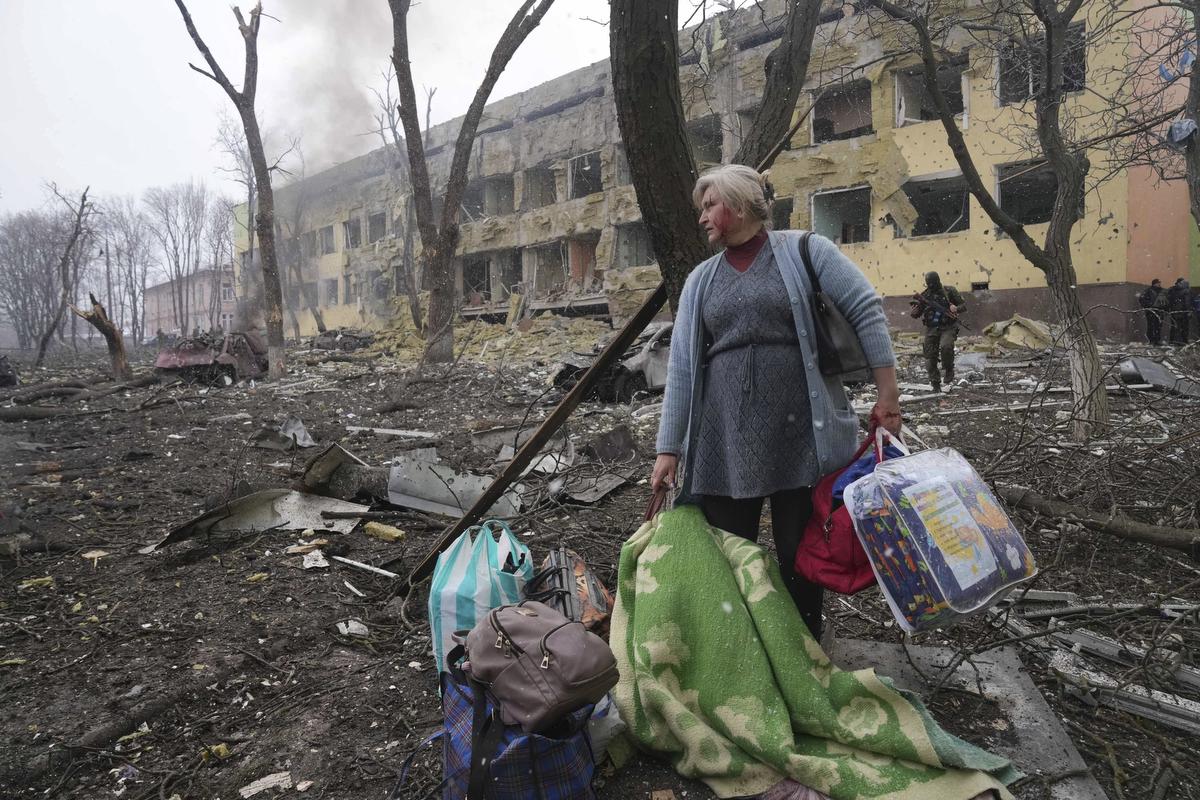 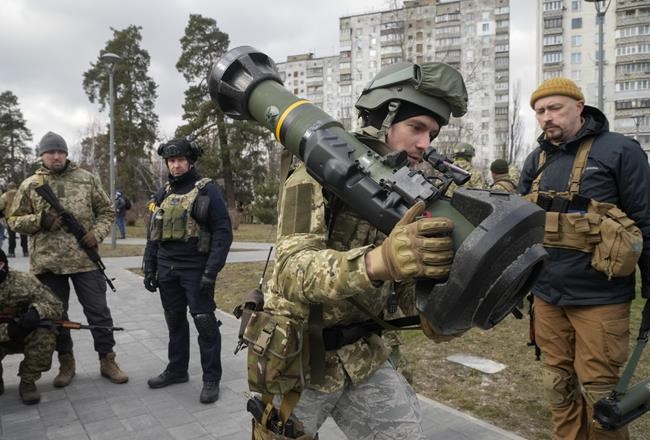 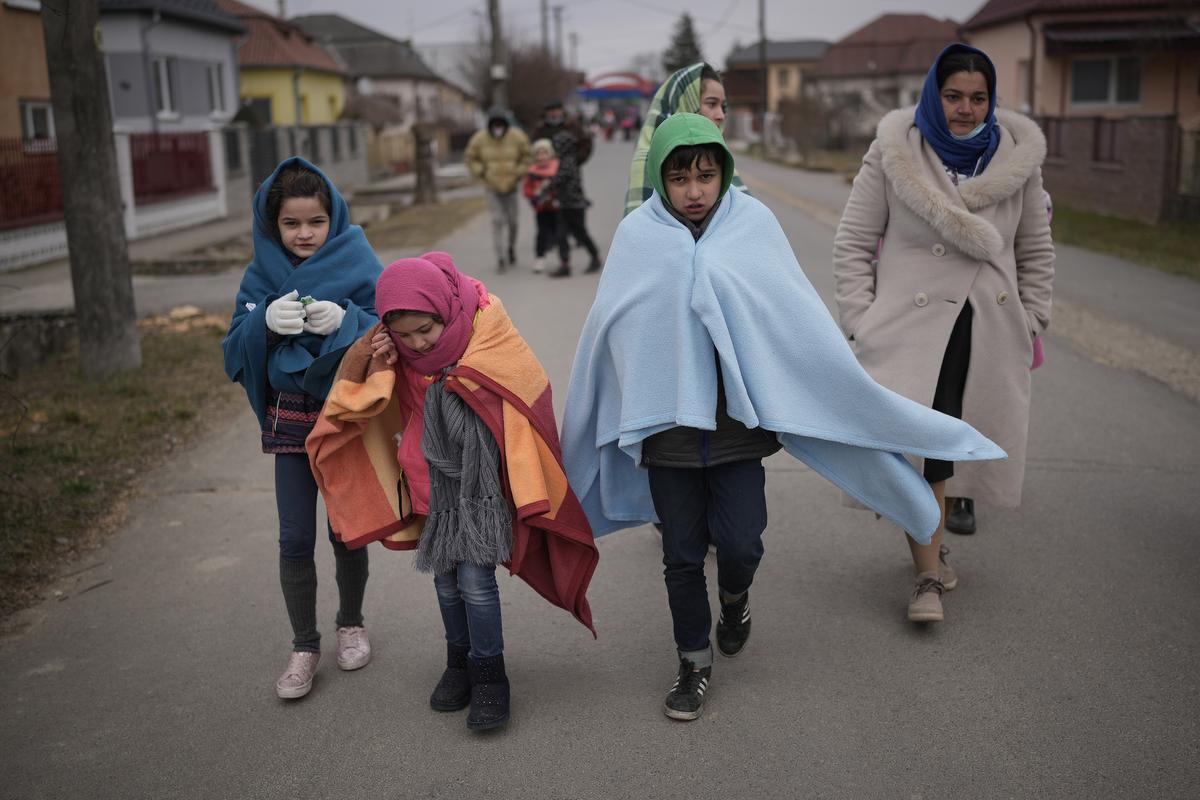 White House warns Russia may use chemical weapons in Ukraine 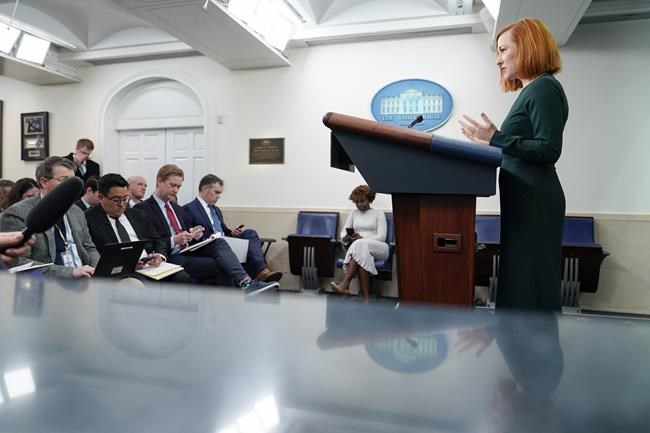 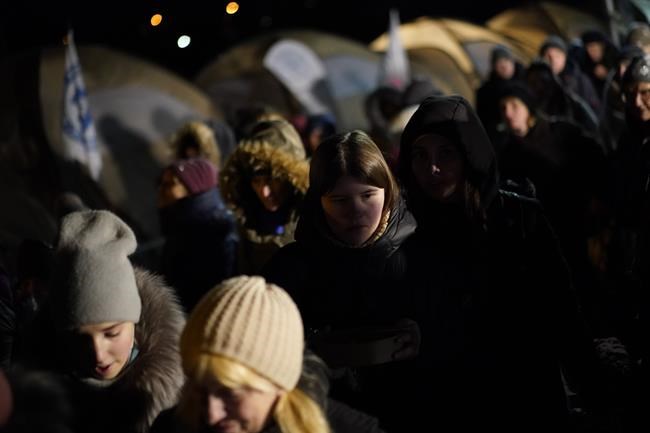 Canada urged to stave off hunger sparked by Russia 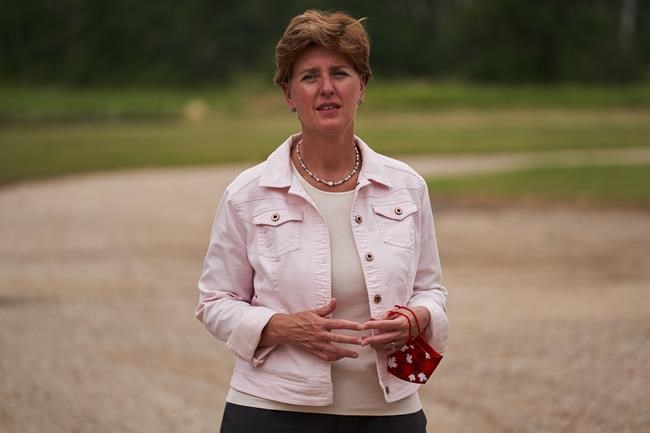 Mennonites have more than just history with Ukraine 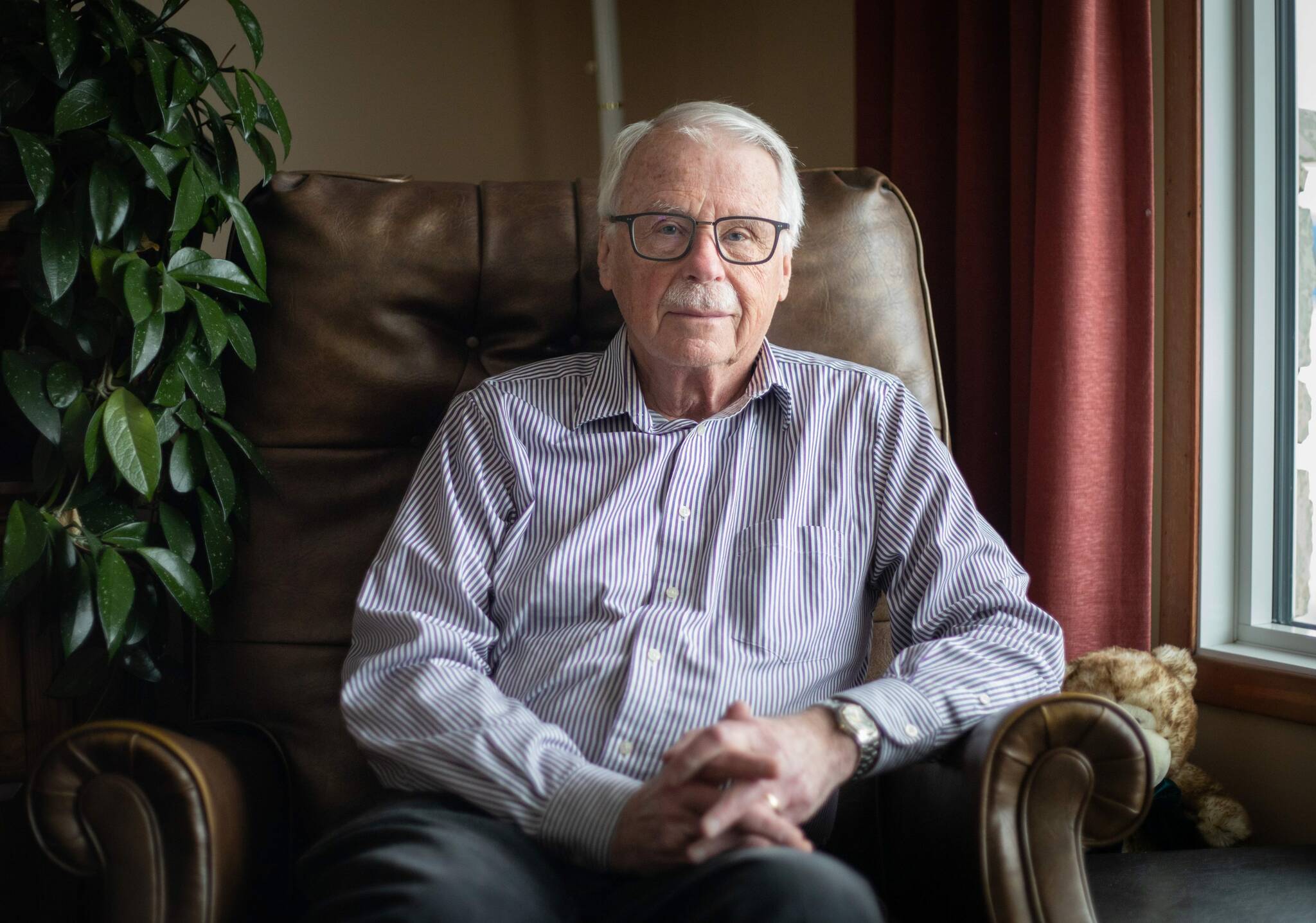 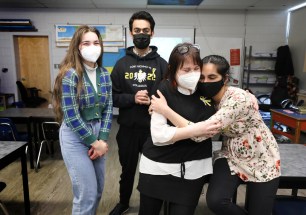 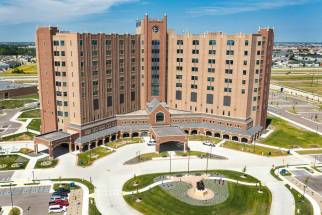 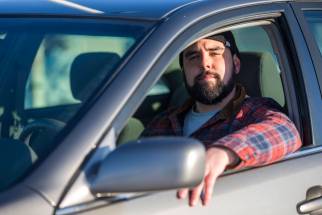 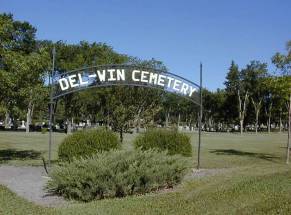 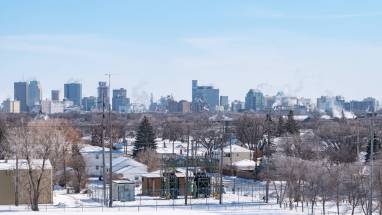 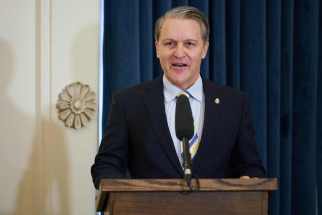 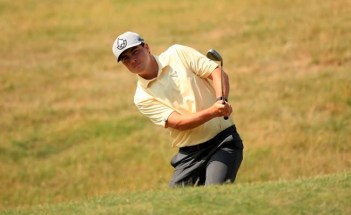 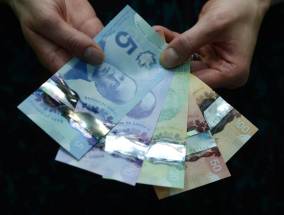