BUFFALO — The timing couldn’t have been any worse for the Winnipeg Jets. And a stubborn, persistent opponent that has been a thorn in their sides all season was back with a vengeance on Wednesday as COVID-19 forced leading scorer Kyle Connor and top offensive defenceman Nate Schmidt to the sidelines.

BUFFALO — The timing couldn’t have been any worse for the Winnipeg Jets. And a stubborn, persistent opponent that has been a thorn in their sides all season was back with a vengeance on Wednesday as COVID-19 forced leading scorer Kyle Connor and top offensive defenceman Nate Schmidt to the sidelines.

Winnipeg, fighting for its playoff lives with 15 regular-season games remaining, will be without both players for the next three contests.

“Eventually, it was going to catch up. Unfortunately, it happened to us today,” interim coach Dave Lowry said following the morning skate in Buffalo.

“Eventually, it was going to catch up. Unfortunately, it happened to us today.” – Interim coach Dave Lowry

Connor and Schmidt nearly beat the clock, as they were the two remaining Jets who had yet to test positive this season. The NHL dropped regular screening for asymptomatic players following the All-Star game in late January, but Winnipeg is still required to swab whenever they fly back into Canada from the United States under federal guidelines.

However, those are set to change as of Friday. Which doesn’t do Connor or Schmidt any good, since they and all their teammates were tested Wednesday morning at KeyBank Center ahead of chartering into Toronto later that night following their game against the Sabres.

“Unfortunately we didn’t get the results that we were looking for,” said Lowry.

This is a prime example of how the seven Canadian teams have often been at a competitive disadvantage to their 25 southern neighbours this season. The Jets, along with the Canucks, Oilers, Flames, Maple Leafs, Senators and Habs must do mass testing every time they go to the U.S., and every time they return home (until that disappears April 1). Whereas the American teams require no such monitoring to move about in their own country.

As American citizens, Connor and Schmidt have to isolate in Buffalo for the next five days. Provided they have no symptoms, they would re-join their teammates in Winnipeg. That means missing the road games in Buffalo on Wednesday and Toronto on Thursday, and Saturday’s home game against Los Angeles. The hope is to have them back in time for next Wednesday’s date with Detroit at Canada Life Centre.

Jets forward Adam Lowry tested positive a 10 days ago in Chicago, but the Calgary native was able to immediately return to Canada by driving himself across the border. However, he also missed three games while serving his five-day quarantine.

The loss of Connor is an especially bitter pill to swallow. The 25-year-old winger was the only Winnipeg skater to have played in all 67 games this season, establishing new career-highs in goals (41), assists (41) and points (82). Entering play on Wednesday, he was fifth in the NHL in goals and seventh overall in league scoring.

A 50-goal season was not out of the question, but it’s going to be a lot more difficult now with 12 games instead of 15 left on his calendar. More importantly, the Jets suddenly have a massive offensive hole to fill at a time they need all the help they can get.

“We’ve had other top guys out. Yes, you’re disappointed that he’s not going to be able to play, but somebody else will have to step up and what it does now is it creates opportunity for someone else to come in and take advantage,” said Lowry.

Schmidt, 30, leads all Winnipeg defencemen with 31 points (four goals, 27 assists) in 66 games. He entered COVID-19 protocol last season while playing in Vancouver, part of a massive outbreak among the Canucks at the time.

Adam Brooks came into the lineup to take Connor’s spot as Lowry shuffled his lines. He kept the top unit of Mark Scheifele, Nikolaj Ehlers and Paul Stastny intact, but moved Evgeny Svechnikov up to play with Pierre-Luc Dubois and Blake Wheeler. The third line of Adam Lowry, Mason Appleton and Zach Sanford was untouched, while Brooks joined Dominic Toninato and Jansen Harkins on the fourth line.

On the blue-line, Logan Stanley was back after being a healthy scratch last game. He was paired with Brenden Dillon. Ville Heinola and Neal Pionk skated together, while the top duo of Dylan DeMelo and Josh Morrissey remained.

Winnipeg has no other healthy skaters on the roster right now and will likely call a player or two up from the Manitoba Moose as insurance. 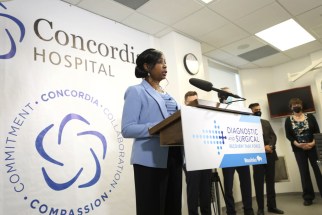 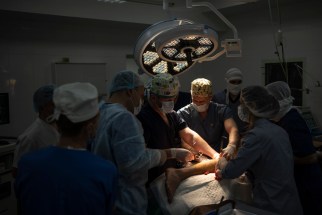 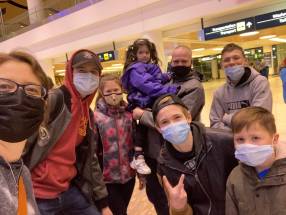 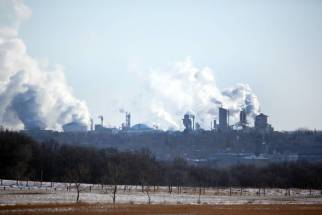 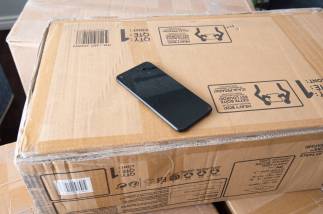 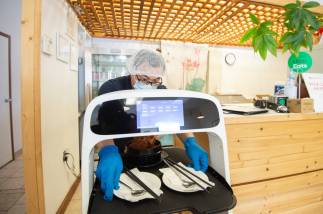 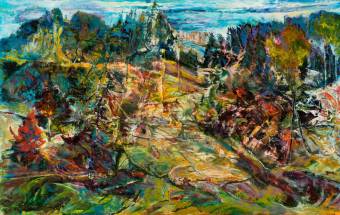 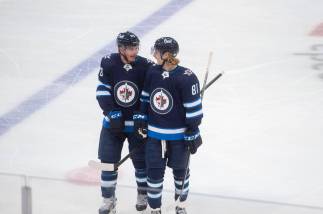