A Winnipeg care home where 56 residents died of COVID-19 early in the pandemic is battling another outbreak, sparking concerns about the level of service being provided at the facility.

A Winnipeg care home where 56 residents died of COVID-19 early in the pandemic is battling another outbreak, sparking concerns about the level of service being provided at the facility.

As of Sunday, 17 residents of Maples personal care home had active cases of COVID-19, while 10 staff members had also tested positive and were self-isolating at home.

“The residents are in good care, receive daily assessments and our staffing levels are good,” according to an email sent to family members of residents by Leonora De Lino, resident care manager, on behalf of Rechelle Flores, Maples executive director.

De Lino also said 70 residents who were eligible have received their fourth dose of vaccine. “Thank you again for your ongoing patience, kindness and support.”

On Monday, Rhian Brynjolson said she is worried because she has a vulnerable family member in their 70s at Maples, who they have been trying to move to another care home for more than a year.

“He was there during the (second wave) outbreak and he contracted COVID,” Brynjolson said.

“It was traumatic for him… but I do think they have wonderful staff and they are doing a good job there. I want to know what the (Winnipeg Regional Health Authority) is doing to ensure there is adequate care there.”

She lost her 88-year-old father, Manuel dos Santos de Sousa Calisto, at Maples during the second wave of the pandemic. She now leads a group of families pushing for changes in the long-term care system.

“It doesn’t surprise me there is another outbreak there,” Calisto-Tavares said. “It’s low staffing — that continues to be a problem.

“And it is because it is all ‘back to normal’ — but it isn’t. We still have to do all the fundamentals, especially in vulnerable communities, and seniors are the most vulnerable population.”

“We still have to do all the fundamentals, especially in vulnerable communities, and seniors are the most vulnerable population.” – Eddie Calisto-Tavares

The Maples was hit hard by an outbreak which lasted from Oct. 20, 2020, to Jan. 12, 2021. When paramedics were called at one point, they found seniors had died unnoticed in their beds.

By the time the outbreak was over, 157 residents had been infected and 56 of them had died, and 74 staff members were also infected.

It was so bad the province called for an external probe, with the review finding the home was poorly equipped to care for the extremely sick seniors because of severe staff shortages and lack of preparation.

A spokesman for Ontario-based Revera Inc., which owns the Maples, did not return a call for comment Monday.

“More than 50 per cent of the homes are in outbreak in the city alone — and it probably holds true across the province and the country,” Legeros said.

“Thankfully, almost everybody is vaccinated. About 98 per cent of the residents are vaccinated and now we are just giving out the fourth dose. They are protected as they can be.”

However, Legeros said, unfortunately not all sector staff are vaccinated.

“Revera and Extendicare have policy where all staff has to be vaccinated, but not all do,” she said. “But all the homes are still screening.

“We are being told we have to learn to live with it, but COVID is still out there in very high numbers. People have to ensure they don’t pass it to other vulnerable persons. People need to be thinking of others and not just themselves.”

According to the Winnipeg Regional Health Authority, there are currently 17 senior residences in the city grappling with COVID outbreaks.

“More than 50 per cent of the homes are in outbreak in the city alone– and it probably holds true across the province and the country.” – Jan Legeros

WRHA spokeswoman Bobbi-Jo Stanley said it has staff who work to support sites when they have an outbreak, and there are processes in place to allow the transfer of staff from other WRHA facilities, if needed.

NDP MLA Mintu Sandhu, who represents the Maples constituency, said the province needs to step in now to help the area care home, because Manitobans will never forget the tragic deaths at occurred there.

“The PC government failed in their responsibility to protect seniors and they never held Revera accountable for lying about their lack of staffing,” Sandhu said. “The province needs to intervene immediately to ensure every resident has dignified and adequate care.”

Meanwhile, Sherry Heppner, Convalescent Home of Winnipeg development co-ordinator, said the facility is at the tail end of an outbreak which began April 17.

Heppner said the home had a total of 16 positive cases on the facility’s third floor, along with two staff members.

“Nearly half of those who tested positive were asymptomatic,” she said. “The remainder had sore and raspy throats, coughs and runny noses — cold-like symptoms. Only one resident required oxygen.”

Heppner said because the novel coronavirus didn’t spread to other units in the building, Convalescent Home had reopened its main dining room Monday and hopes to welcome back general visitors on the weekend. 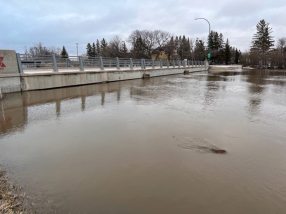 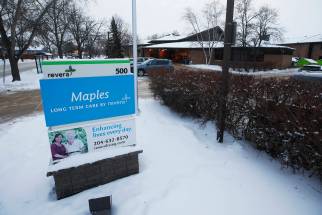 Pandemic has inspired businesses to embrace the four-day work week 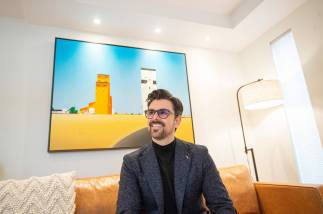 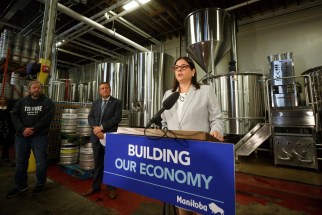 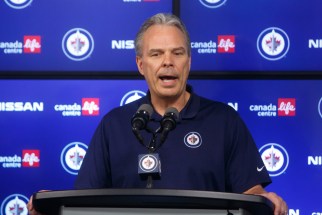 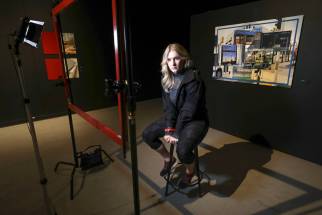 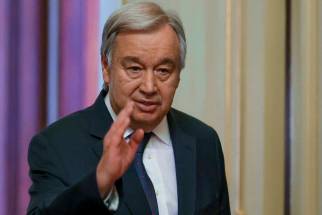