Wind gusts Friday in flooded areas of the Red River Valley were eroding dikes, pushing water across roads and creating whitecaps on what were normally fields.

Wind gusts Friday in flooded areas of the Red River Valley were eroding dikes, pushing water across roads and creating whitecaps on what were normally fields.

For one Rural Municipality of Ritchot resident, who in recent days has a home on an island created by overland flooding, it meant getting the family up early to get his wife to work by boat.

Kyle Langlais had to roust four-year-old son Cooper out of bed at 6 a.m. The pair, along with Trina Blight, piled into their 16-foot outboard and piloted it across submerged farm fields to a nearby road where they had parked a vehicle so Blight could then drive to work.

“My wife is working today and she is a nurse,” Langlais said Friday by telephone. “But the only way to get her out is to boat out. My daughter (10-year-old Avery) is at a sleepover and doesn’t have school today, so we didn’t have to get her up, too.

“And this evening, I will go fetch (Blight) by boat again.”

Such is life these days for residents, farmers, and people with businesses near the Red River from the United States border to the floodway at the south end of Winnipeg.

The Red River has not only over-spilled its banks, but ditches, creeks and streams which drain into it have backed up for kilometres on either side.

Langlais said his house, which was built on a berm in the wake of 1997’s Flood of the Century, was high and dry Friday. However, the water surrounding it was coming from the Red more than two km away — and it continued past his home for more than a kilometre.

“We moved here in 2011, and I’ve got the boat set up for fishing, but it was also part of the thought process to have something if there was a flood,” he said.

“But I don’t think we have any intention on selling after the flood. We love being out here, and this is the first time it has happened in 10 years.”

At the international border, Emerson-Franklin Reeve Dave Carlson said the strong gusts of wind were breaking tree branches into the river and fields to pound against both Emerson’s permanent dike and a separate one protecting its cemetery.

“The winds are definitely not behaving here, but at least the water has gone down,” Carlson said. “There was a lot of concern with the Noyes (Minn.) dike area, but everything is fine now. It’s just a bit of erosion because of the wave action.

“It’s fortunate, with these winds, we’re not at a crest level.”

The dike around the Emerson cemetery, which isn’t built to the same standard as the one protecting the nearby community, “has taken a beating, but it’s still holding… I think all of our dikes will need beefing up after this.”

Chris Ewen, mayor of Ritchot, said the winds in his area near the Red River were “pretty devastating right now.”

“The wind is crushing roads. We have 25 roads lost now and we don’t know if we have more (Friday). It’s like a lake here… We will be working to fix everything for six months to a year after this is done.”

RM of Morris Reeve Ralph Groening said there are several roads unsafe in his area because the winds were pushing not just water but debris over the roads Friday.

“Our greatest fear is how would we respond to an emergency,” Groening said. “Some people have remained behind on safe properties, but they can’t leave because of the wave action today -. It’s too dangerous.”

“We’re not expecting too much (more on Saturday),” Fingland said. “The main precipitation has passed and we were on the low end.”

However, winds coming from the south at up to 80 km/hr would cause some problems, she added. “There’s a concern with water being blown over highways.”

Fingland said the system will impact northern Manitoba before moving out of the province Sunday/Monday. It will be followed by below-normal temperatures with highs of 10 to 12 C. The normal high at this time of year is 19 C.

“We didn’t get the heavy rain we expected on Thursday and Friday, but we’re waiting to see what we get on Saturday. The river has dropped down over two feet but it was predicted to go up because of heavy rain, so we will see what we get.”

Henderson said 1,963 people have been evacuated from the community, about 40 per cent of its population. Some 500 homes have been impacted directly by flooding.

Carson Callum, general manager of Manitoba Beef Producers, said cattle ranchers across parts of the province have been hard hit by either flooding or wetter-than-normal spring weather. Earlier in the week, the provincial and federal governments announced disaster assistance for the sector.

“It has been a significant challenge the last number of weeks because of the multiple Colorado lows,” Callum said. “It has been mentally and physically exhausting for them.

“When you have added moisture, it requires a lot of work and they are out there 24 hours a day. It was a big effort by them.”

Manitoba Hydro is warning property owners along the Winnipeg River to secure docks and move boats to higher ground, as water levels will be rising significantly during the next two weeks.

The utility says the increase is due to the Lake of the Woods Water Control Board increasing outflow from that lake and Lac Seul because of the rapid spring melt and recent record rains in the area.

It means the river upstream of the utility’s station at Seven Sisters will rise, resulting in Nutimik Lake going up by 2.2 feet, Dorothy Lake by 1.9 feet, Margaret/Eleanor Lake by 1.7 feet, and Sylvia Lake by 1.1 feet.

“The lake went up two inches overnight,” he said Friday. “It is already three feet higher than I’ve ever seen it, and we’ve been out here since 1962.” 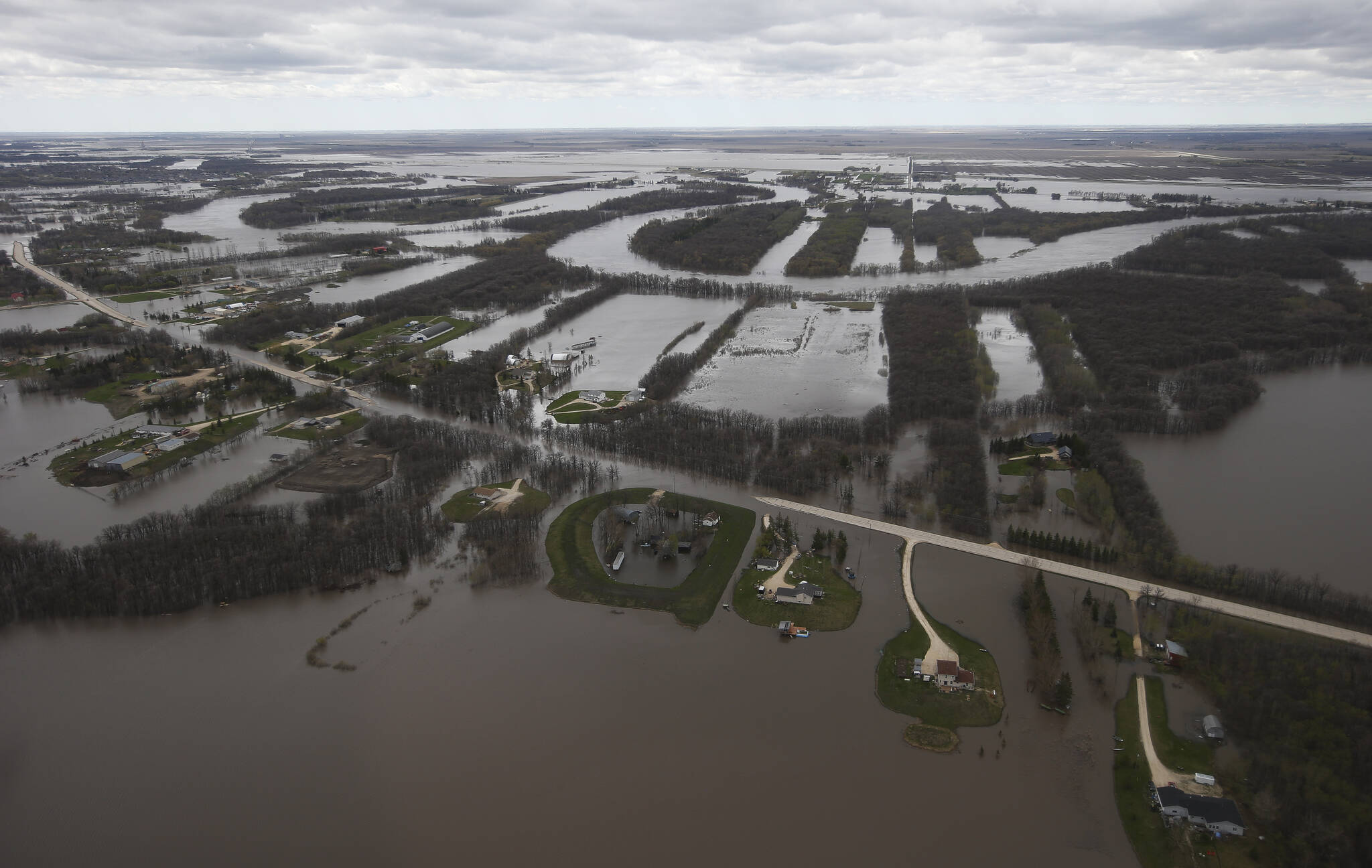