OTTAWA — When 300-plus Ukrainians arrive in Winnipeg Monday, they’ll have a shot at getting a COVID-19 vaccine.

OTTAWA — When 300-plus Ukrainians arrive in Winnipeg Monday, they’ll have a shot at getting a COVID-19 vaccine.

They are scheduled to arrive here on a flight chartered by the federal government.

Less than half of Ukraine’s population was fully vaccinated shortly before Russian forces invaded the country on Feb. 24. Canada emergency permit for Ukrainians exempts them from the requirement to be fully vaccinated against COVID-19.

As a result, some Winnipeggers are reluctant to open their homes to newcomers.

Ruth Swan said she’d like to offer the empty rooms in her Wolseley home to Ukrainians in need, but would like more information on how to do this safely.

“I would like to help them, but being a senior who’s been isolating by myself for two years, I’d be concerned about having people come and staying in my house if they’re unvaccinated,” she said.

“I think Canadians should step up to the plate and help these people, but we can within our own parameters.”

Swan got concerned when searching online about Ukraine’s low vaccine uptake, but stressed she does not want to stigmatize people seeking asylum.

“I was worried because I hadn’t heard anything form politicians, that they’d even acknowledge that as a problem.”

“I would like to help them, but being a senior who’s been isolating by myself for two years, I’d be concerned about having people come and staying in my house if they’re unvaccinated.”–Ruth Swan

The task force that’s organizing services for Ukrainian refugees says it understands the issue. It will offer shots at its airport hub when the charter flight arrives from Warsaw, Poland.

“Manitoba will take a blended approach to offering vaccine shots. For those arriving through the federal charter, services are being co-ordinated through the Winnipeg Regional Health Authority to deliver doses at the provincial reception centre,” a spokeswoman wrote, adding that a public health nurse will be on site.

“Ukrainian newcomers already here in Manitoba, or needing additional shots in the future, are being directed… to walk-in connected care clinics for vaccinations.”

She said the information is in handouts given to newcomers at the airport hub, and it’s emailed to the addresses they use to register at the reception centre. In addition, the Ukrainian Canadian Congress passes along the information.

Unvaccinated Ukrainians who seek asylum are required to have a certified negative COVID-19 antigen test, or proof of a recent recovery, before boarding the charter flight.

They are allowed to board a domestic flight or train in Canada for 24 hours after departure, but they may need to apply for a federal exemption.

Federal Immigration Minister Sean Fraser was unavailable for an interview, but his office noted that vaccine exemptions only apply in rare circumstances, including in the case of people who fled Afghanistan when the Taliban took charge.

“Once in Canada, (the federal government) will provide temporary accommodations for up to 14 nights for individuals who do not already have accommodations in place, but need to quarantine,” spokeswoman Aidan Strickland said about the Ukrainians who will arrive Monday.

“Exemptions to allow entry to Canada for refugee protection is in the national and public interest.”

The nation’s top doctor, Theresa Tam, said Friday the police strikes a balance between getting people to safety and reducing the risk of COVID-19 spread.

“We wanted to make sure that everybody who arrives here understands that, and that the province is able to follow up with them,” said Tam.

She said doctors can help newcomers get all of their vaccinations up to date. The Ukrainians are required to get a health check within three months of arrival.

As of Feb. 25, less than 40 per cent of Ukraine’s population had received two shots of a COVID-19 vaccine. It is the least-vaccinated country in Europe. Experts like the Wellcome Trust have blamed that on an overstretched health system that makes it hard to find shots, as well as vaccine skepticism.

The Manitoba government said the Public Health Agency of Canada believes those who get the special permit to come to Canada have a higher immunization rate. That was the case for Ukrainians who boarded a separate charter flight organized by the government of Newfoundland. 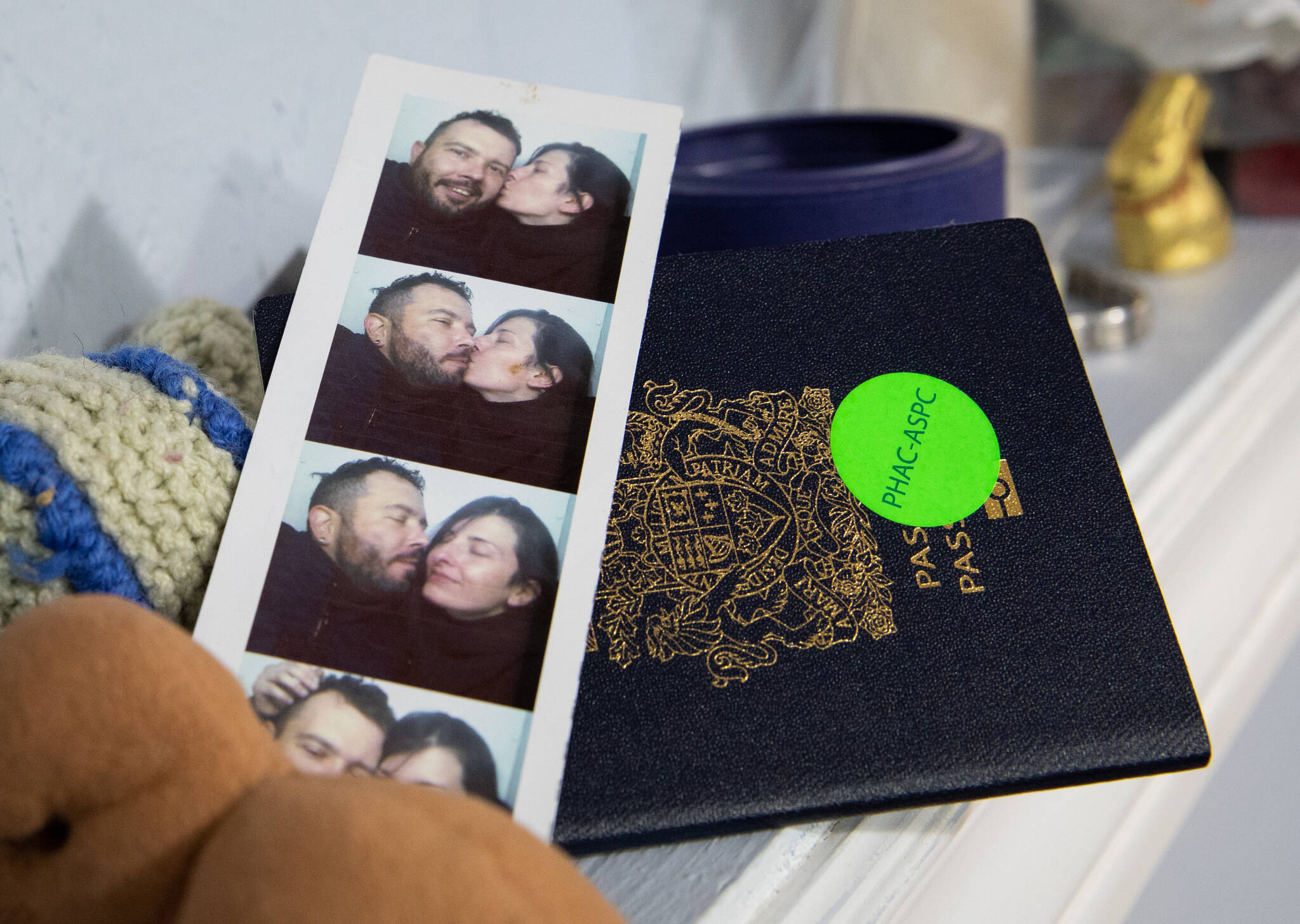 Russia claims to have taken full control of Mariupol 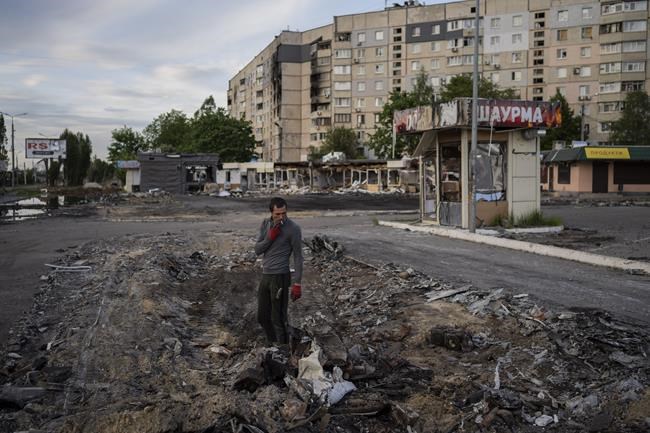 US accuses Russia of weaponizing food in Ukraine war 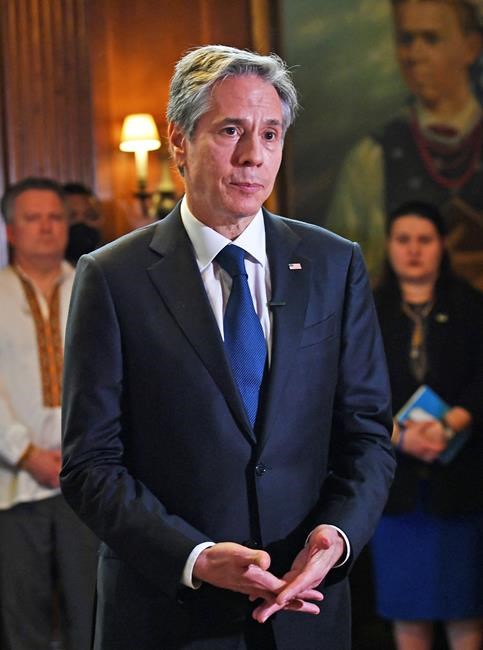 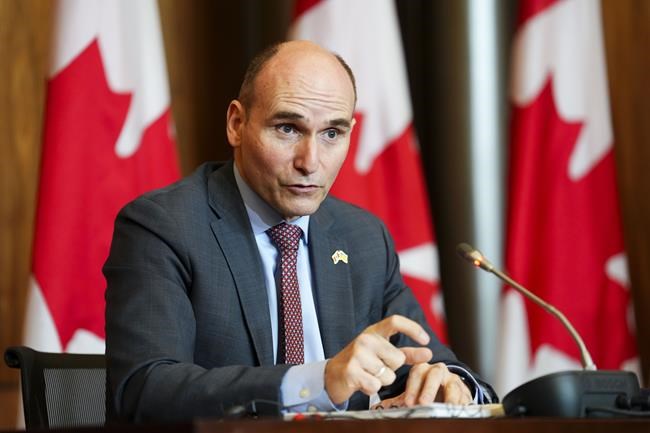 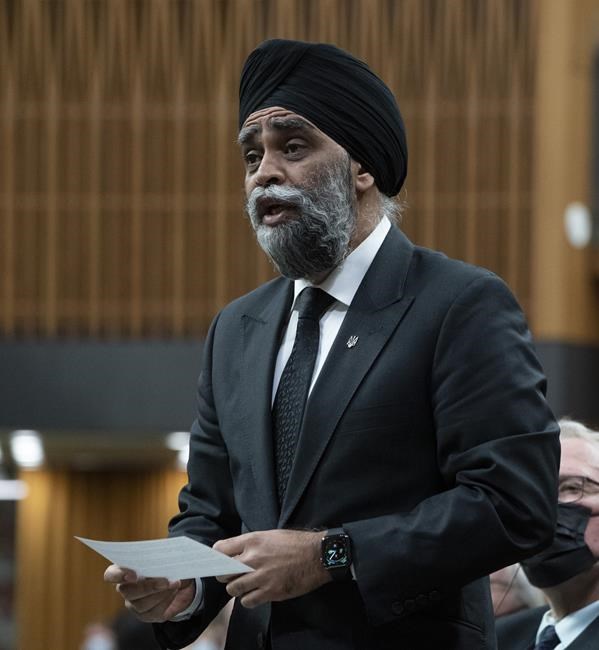