THE latest addition to the list of Winnipeg mayoral candidates intends to build her campaign platform by knocking on doors.

THE latest addition to the list of Winnipeg mayoral candidates intends to build her campaign platform by knocking on doors.

Bokhari, who led the Liberals from 2013 to 2016, said her focus will be on putting people over politics.

“I think, for me to be my authentic self and to do what I need to do, and to be a leader that Winnipeggers deserve, I’m going to spend the next few weeks, months — most of the summer, I will say — knocking on doors, talking to Winnipeggers, listening to their stories, listening to the challenges that they’re facing, hearing of the gaps that they face, in all matters that are important to them,” she said.

“And from that, our policy will come out and be released, and I’m sure Winnipeggers will find that it’s visionary.”

Winnipeg’s demographics are changing, she said, citing increased immigration and more Indigenous people relocating from outside the city.

She said many of those residents aren’t being supported, and creating policies that promote inclusivity is a high priority.

“I want to demonstrate that everyone — especially historically marginalized people — deserve a seat at the table. We talk about diversity, we talk about inclusion, but when it comes to embracing the diversity of our citizens, which is the key to the abundance of Winnipeg, we dropped the ball,” said Bokhari, who was born in Anola, but lived in Pakistan for several years.

“I’m here now, because now is the time to ensure that voices that have traditionally not been heard are being heard.”

Bokhari was the youngest person to lead the Manitoba Liberals and the first South Asian Manitoban to lead a political party in the province. She finished third in the Fort Rouge riding — behind now-NDP Leader Wab Kinew in the April 2016 general election and resigned in September of that year. She did not sit in the legislature during her time as leader.

Families Minister Rochelle Squires will announce whether she will run for mayor once the legislative session ends on June 1.

“I am very encouraged by the many calls from Winnipeggers I’ve received and am honoured to have their trust and confidence,” she said in a statement. 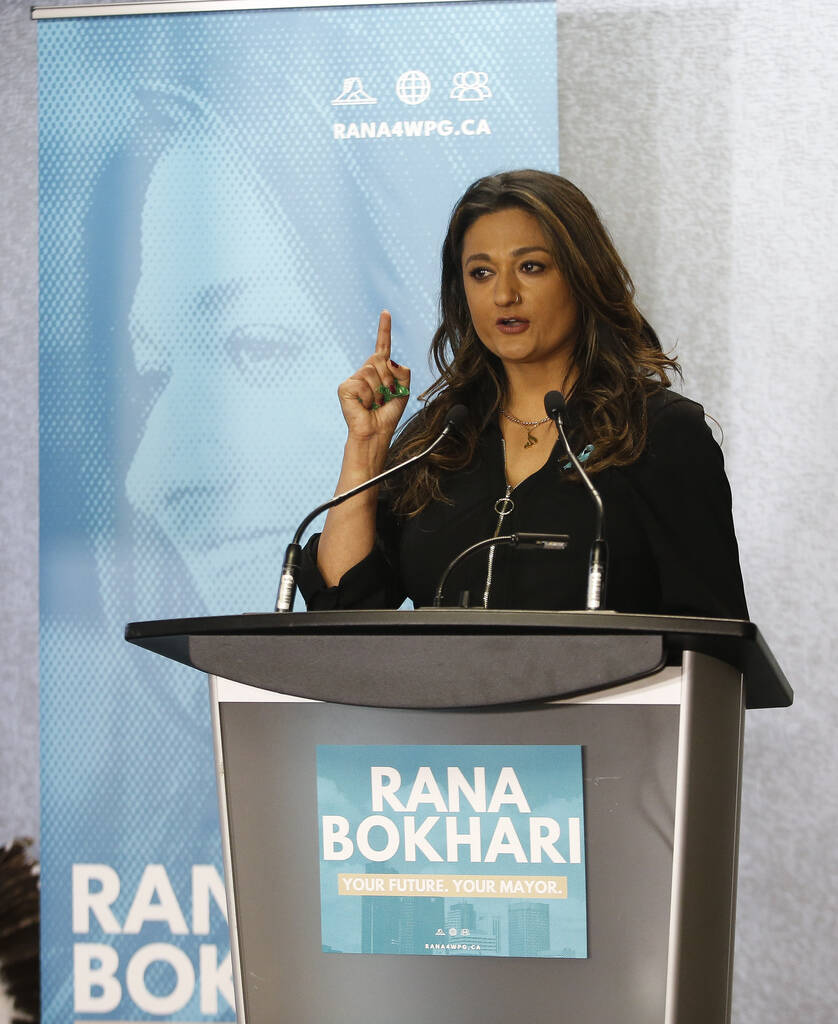