Hopes that new accessibility icon a sign of the times

‘We’ve seen the icon become a kind of megaphone’

Just after lunch Wednesday, a group of about 25 students and educators, some of whom travelled from Winnipeg’s Fort Richmond Collegiate, gathered around a single parking space to watch a custodian install a new sign.

As the metal marker was screwed into place, the group cheered, celebrating the small but significant step in updating accessibility signage on public school grounds in Manitoba.

Facilities across the world have long used an image depicting an individual seated in a stationary wheelchair, known as the international symbol of access, to mark accessible infrastructure for the disabled. Both Springfield and Fort Richmond are swapping out that icon, which was designed in the late 1960s, for a modern one that indicates a person in action using a wheelchair.

“I hope other schools and municipalities and cities will think about seriously changing (signage to use a) symbol that represents disability as active and powerful rather than static,” said Michael Baker, a student services teacher at Springfield who authored Manitoba’s introductory high school course on disability studies several years ago.

Baker said he hopes the visual shift at both high schools creates dialogue among his students and their peers, as well as their families and communities at large.

During a virtual presentation to high schoolers, Hansen said disability has been taboo throughout history because disabled individuals are often viewed as passive people who take up space rather than contributing members of society.

The professor noted that famous figures such as Cleopatra, Queen of the Nile, and naturalist Charles Darwin had disabilities — a clubfoot and chronic illness, respectively.

“Don’t see it as negative. See it as something to learn from and something to work with, and think of it as a possibility to do things in new ways as opposed to something to be afraid of,” Hansen said.

The event Wednesday — Changing Signs, Changing Attitudes — was held in solidarity with the Accessible Icon Project.

Founded in 2010 as a street art campaign in Boston, the project promotes “design activism” to change perceptions about people with disabilities.

A trio of artists kept the blue-and-white colour scheme, but they adjusted the original logo’s stick figure positioning and device so it is evident the person is not stationary.

“We’ve seen the icon become a kind of megaphone for our partners and friends who are self-advocates with disabilities; not just wheelchair users, but people who see this image as a metaphor, as a symbol of their own wishes for agency and dimensional action in the world,” co-creator Sara Hendren wrote in a 2016 blog post.

Baker hired a local designer to print the icon, at a cost of roughly $30 per sign, for his school and Fort Richmond. Both sites offer his optional course on disability studies.

Calling the new symbol “vibrant” and “lifelike,” Grade 11 student Josh Nienhuis said it is a far better representation of people with disabilities than the symbol typically posted on parking spaces and bathroom stalls.

Josh said he started to take notice of accessibility signage in Oakbank after he and his peers learned in Baker’s class about the significance of symbols and dearth of positive representation of people with disabilities.

“Disability is everywhere. You just have to look for it,” said the 17-year-old, who indicated he signed up for the course to learn how to be a better ally.

Baker said his course, introduced four years ago, addresses a gap in K-12 education in that it aims to shift the widespread understanding of disability from a medical model promoting pity to a human-rights perspective touting valorization.

The curriculum highlights the concepts of ableism, intersectionality and the difference between impairment and disability, among other topics.

“The history behind disability movements has never been talked about at all in my 13 years of school,” said Amber Cook, 18. “It should be taught in social studies and history classes, because it’s such a huge part (of history).”

The Springfield 12th-grader did not think twice about curb cuts — or sidewalk intersection access points — until this semester. In addition to learning about the advocacy work that went into altering sidewalks, the senior student said her newfound knowledge has equipped her to be a better part-time nursing-home employee.

A total of 10 teenagers signed up for the initial intake at Fort Richmond. Interest has more than doubled for next year, a spike that Bouchard attributes to positive word-of-mouth.

Many students have been shocked by how little they know about disability while learners with lived experience have been able to share their stories, she said.

“You’re constantly being made more aware of the history of people with disabilities and how we’ve progressed to support everyone better and create more inclusion,” said Hailey Bazan, a Grade 11 student in Winnipeg.

“But also, how far we still have to go.” 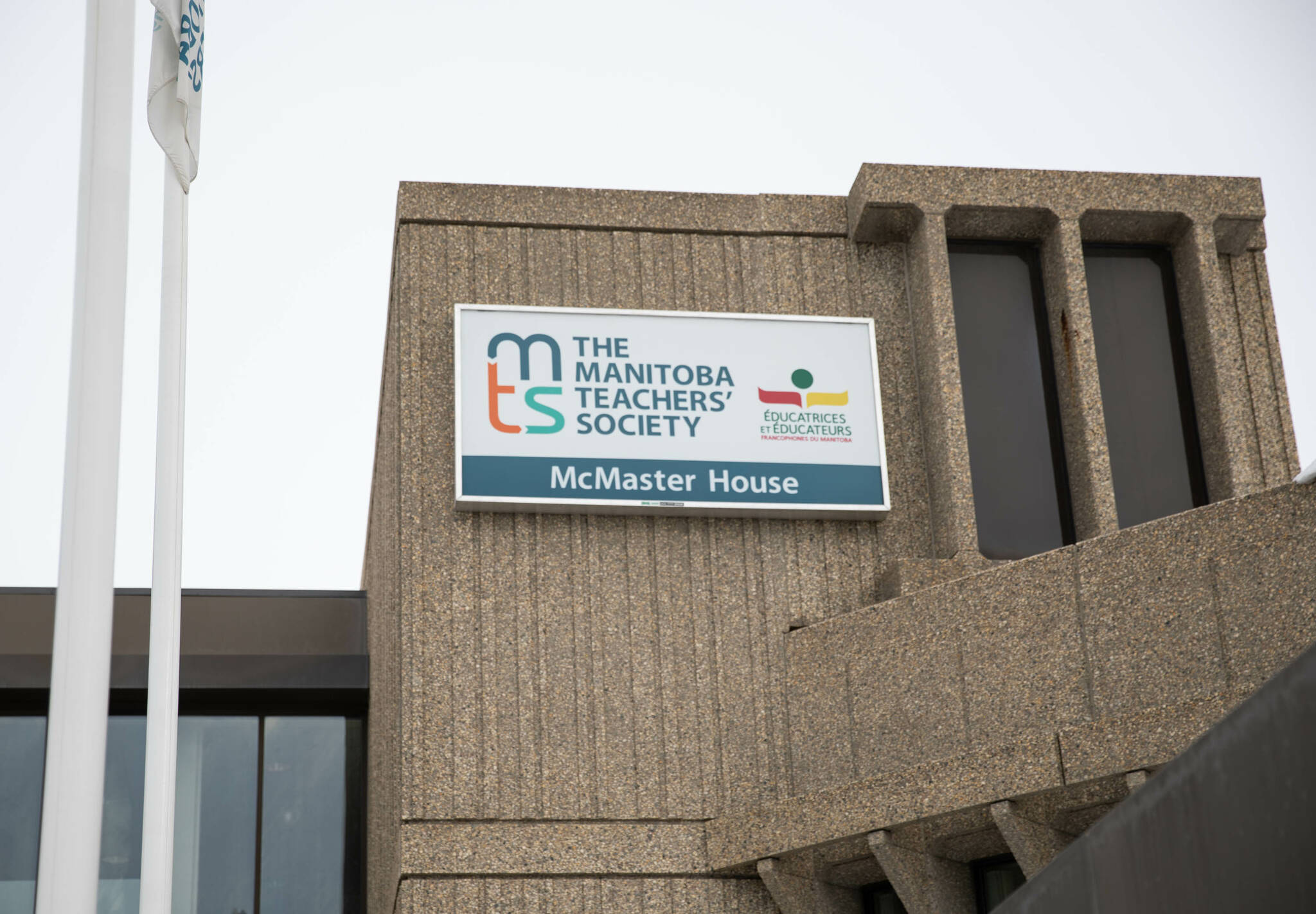 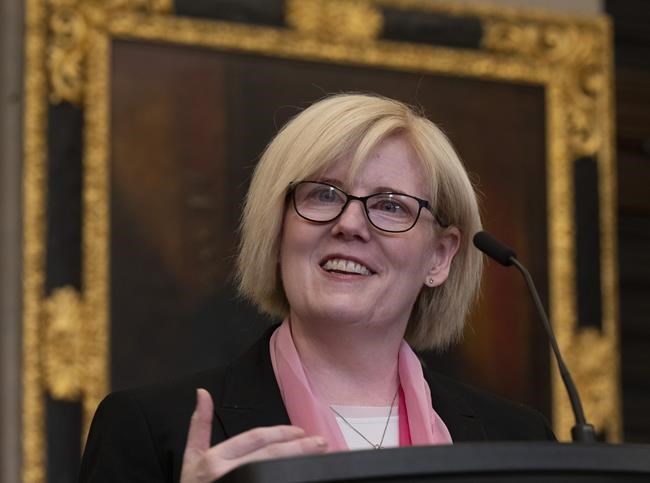 THE City of Winnipeg is in the early stages of planning consultations on updating accessibility signage that could see the Manitoba capital start routinely using a wheelchair symbol that depicts a person in action rather than being stationary.

Earlier this year, the city launched Winnipeg WAV, an on-demand, accessible booking service for taxis and ride-share vehicles, with a logo that features a forward-leaning individual in a wheelchair.

Community-member input prompted the decision, according to a city spokesperson.

The new icon was designed by three American artists as part of the Accessible Icon Project — an international advocacy initiative that began in 2010 with a mission of altering perceptions about people with disabilities as passive individuals to active, dynamic and valued members of society.

The modern image is blue and white, as is the current international symbol of access, also known as the wheelchair parking symbol, which was designed in the 1960s. However, it illustrates a person leaning forward while there are two cut-outs in their device’s wheel to signal motion.

“The city is committed to making Winnipeg accessible and inclusive for all residents. We are aware of the interest in updating the international symbol for accessibility,” said communications officer Tamara Forlanski, in an email.

Winnipeggers with disabilities must be consulted before the city makes any widespread changes to signage, Forlanski said, adding that public servants must ensure any adjustments follow existing regulations.

“Our universal design office is exploring the possibility of how to do this consultation in a meaningful way and do not have any timelines to provide at this time.”

In recent years, leaders in both New York and Connecticut have formally adopted the new symbol and accessibility signage has been updated across both states.

At the same time, Baker acknowledged the conversation about accessibility-icon usage is an international one, given the popular symbol of a seated, immobile individual is accepted across the globe.

The international symbol of access turned 50 years old in 2018.