Drones could help save Winnipeg’s elm trees from being tagged with a fatal orange mark, owing to the work of experienced pilots and their student assistants.

Drones could help save Winnipeg’s elm trees from being tagged with a fatal orange mark, owing to the work of experienced pilots and their student assistants.

Throughout the 2021-22 school year, Volatus Aerospace Corp., a so-called “drone solution company,” has recruited high school students to take part in a research project that aims to streamline canopy surveillance in Winnipeg.

City employees typically survey trees for Dutch elm disease either on foot or by driving past them. It’s a laborious process — and by the time a human eye can spot wilting, curling or yellowing leaves, it may be too late to reverse the damage caused by the fungal infection.

In partnership with the City of Winnipeg, University of Winnipeg and Seven Oaks School Division, Volatus is using drone technology to try and speed up the diagnosis process.

A remote aircraft equipped with a parachute and sensors, a set-up valued at nearly $40,000, can measure how much near-infrared light bounces off leaves to determine whether or not a plant is infected with illness.

“If the tree is healthy, then it’s going to reflect most of the near-infrared light from the sun and back up to the sensor,” he said.

“If the tree is healthy, then it’s going to reflect most of the near-infrared light from the sun and back up to the sensor.” – Matthew Johnson

Since leaves on a sick tree have less chlorophyll in them and absorb light as a result, Johnson’s team can pinpoint their exact location (they appear as dark pixels on a map as opposed to the light spots denoting healthy trees) after a drone collects data from any particular forest.

The company can then share that data with the city so it can narrow its search for sick trees and have employees double-check worrying dots.

The firm’s local hub is educating students on its methods and the issue of Dutch elm disease during seminars hosted by industry professionals and public school teachers. Students have also had the chance to fly microdrones this year.

The three-year pilot with Seven Oaks aims to pique student interest in programming and equip teenagers with knowledge to obtain a drone licence from Transport Canada.

The extracurricular interested Grade 11 student Samm Mohan because she is both an aspiring pilot and environmentalist. “Making the city better is something I’m looking forward to doing,” she said.

Dutch elm disease, which kills trees by blocking water-conducting tissue, was first identified in Winnipeg in 1975. Over the last six years alone, the city has lost upwards of 33,000 trees to the disease.

“If we can get an early jump on the disease, then that’s huge,” Johnson said, noting Winnipeg’s urban canopy helps keep the city both beautiful and cool.

If the project is found to be successful, the aircraft technology and a related tree identification algorithm could be trained to save other types of trees from pests — for instance, the emerald ash borer, an invasive insect that attacks ash trees.

On a recent school day, approximately a dozen eager teenagers gathered around a launch site in Kildonan Park to celebrate their first surveillance program.

“If we can get an early jump on the disease, then that’s huge.” – Matthew Johnson

“Go for launch,” Johnson declared at the event. In unison, the students shouted: “Go!”

The teenagers took out their cellphones to document the drone’s takeoff, which created so much downdraft that blades of grass shivered below, and then craned their necks to the blue sky. They watched in awe as the pre-programmed drone began to scan the park.

It took approximately one hour, 20 minutes for the aircraft to catalog every tree in Kildonan Park.

Once the data is collected, Johnson said his team will teach students how-to use machine learning algorithms to analyze it and locate sick targets.

“You’re in a real situation and you feel that adrenaline or fear or anxiety and you have to deal with it,” said Clement, who worked in the information technology industry for 15 years before he entered the K-12 workforce.

Students have realized a flashy launch requires a ton of preparation work and programming jobs can be tedious at times, he added, noting participants have had firsthand experience parsing through datasets.

Damian Nernberg, 16, said he had no idea operators were required to register their aircraft and obtain a certificate to fly if their drone weighs more than 250 grams. The Grade 10 student said he is keen to learn more about remote control technology and how-to use it safely and legally.

“The appeal of (being a pilot) is to have no limits… but you have pre-flight checks and all that,” he said. 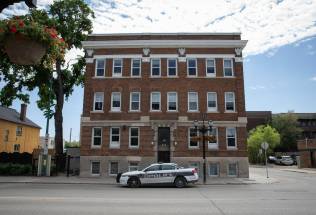 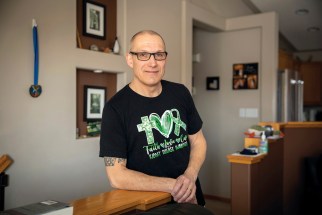 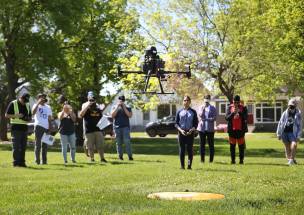 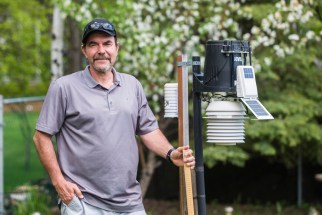 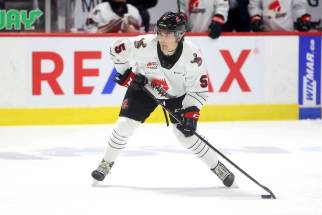 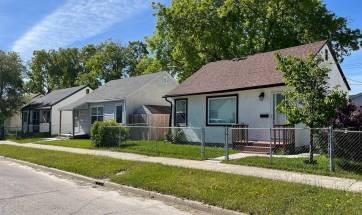 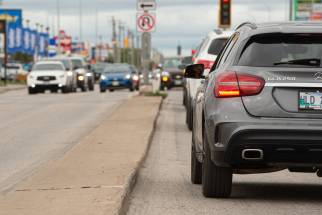 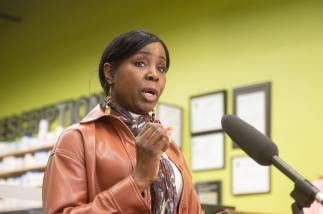 Winnipeg cyclist fundraising for granddaughter dies in U.S. collision The snow will go on, the Obs won’t