Food, fun and fanfare have returned to the Red River Exhibition Park, much to the delight of patrons and organizers who say they have missed the annual event.

Food, fun and fanfare have returned to the Red River Exhibition Park, much to the delight of patrons and organizers who say they have missed the annual event.

The Exhibition opened Friday evening, officially celebrating its 70th anniversary. By 6 p.m., crowds were starting to form. All around, children squealed in delight while rides buzzed and whirled at dizzying speeds, leaving riders to disembark with broad smiles and on unsteady feet.

For the next nine days, the 120-acre fairgrounds will be chock full of these carnival trappings, including 52 rides, a multitude of games and more than 60 food vendors offering sweet treats, spiral spuds, and an assortment of deep-fried goodies.

“It’s just nice to be out,” said Jaden Dela Rosa, who visited the fair with a group of friends. “It’s a Winnipeg tradition, something you do with your parents as a kid.”

The 22-year-old Winnipeg resident has been to the annual fair more times than she can count, and this year is the same familiar Ex, she said.

Other patrons, such as Ian and Sara Cook, were experiencing the event for the first time with their children Demya, 9, Rayne, 8, and infant Journey. The family was passing through Winnipeg Friday on the final leg of a road trip when they caught wind of the Ex.

For them, it was the perfect way to end the journey before they head home to Alberta, Ian said.

Demya and Rayne enjoyed rides on the merry-go-round and a roller-coaster before pausing to watch a group of high-divers leap into a 10-foot-deep pool from extreme heights.

“It was really, really, high and fun and fast,” they said of the rides and the diving spectacle.

The Ex is about providing fun and community for people of all ages and offers a variety of attractions beyond just rides, including a canine show, barrel racing, bull riding, live music, comedians and a petting zoo, said CEO Garth Rogerson.

“Just being able to open for me is a success. It’s been such a long journey here,” he said. “The fair is all about the sights, the smells, the sounds…we really try to make it an experiential thing for the community.”

Rogerson expected COVID hesitancy might lead to a slow start, but by Thursday, advance ticket sales had already exceeded 2019 numbers. While pre-sales don’t always translate into bigger crowds, it’s a good sign, he said, adding the last few years have been difficult for the Exhibition.

People can purchase gate admission for $15 or an event package, which includes access to rides all day, for $50.

The Ex will remain open until June 26.

Ex fun for people of all ages 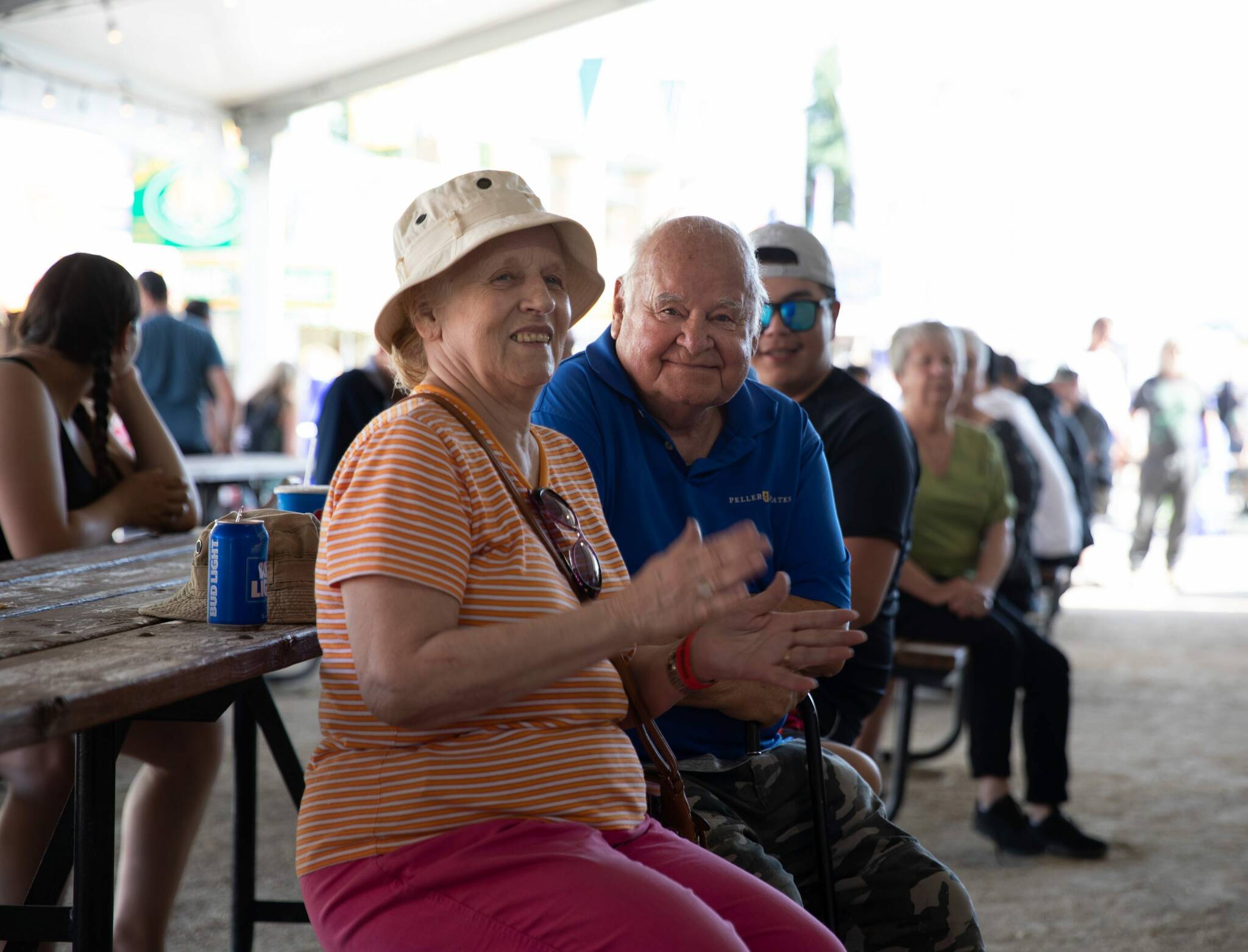