Tom Renney and Scott Smith were getting grilled by parliamentarians in Ottawa about the organization’s handling of an alleged sexual assault involving eight players and a subsequent out-of-court settlement.

A voice for victims following his own experience being abused by then-coach Graham James in junior hockey, Kennedy had a similar reaction when the sexual assault story involving former Chicago Blackhawks prospect Kyle Beach broke last fall as he watched the Standing Committee on Canadian Heritage meeting unfold.

“An archaic response to a human issue,” Kennedy said Tuesday in a phone interview with The Canadian Press. “There is an expectation that there’s transparency when something like this happens.

Hockey Canada quietly settled the lawsuit last month after a woman, identified as “E.M.” in court records, claimed she was sexually assaulted by members of the country’s 2018 world junior hockey team in June of that year following a function in London, Ont. The woman, now 24, was seeking $3.55 million in damages from Hockey Canada, the Canadian Hockey League and the unnamed players.

Smith — Hockey Canada’s president and COO, and poised to take over from the outgoing Renney as CEO on July 1 — testified in front of the House of Commons committee this week that members of the team in question were “strongly encouraged” to speak with third-party investigators hired by the sport’s national body.

But it wasn’t a requirement. That left legislators, and Kennedy, stunned.

“One thing that I was disturbed by was that there was no mandatory participation in the investigation by the players,” the former NHLer said. “I’m thinking to myself, ‘Well, how does that work?'”

None of the allegations have been proven in court. TSN was first to report the settlement, the details of which have not been released, late last month.

Smith testified Monday it was his understanding 12 or 13 of the 19 players present in London took part in the Hockey Canada investigation that ended in September 2020.

“This incident needs to be dissected to the lowest common denominator,” Kennedy said. “They need to understand every bit of it, so that can right the wrong, so they can make a strategy to make sure that this never happens again.

“And if it does, how are we going to handle it?”

Kennedy’s Respect Group organization runs programs on abuse and bullying for parents, coaches, trainers and executives across junior and youth programs across the country under Hockey Canada’s umbrella.

He said the appetite for similar player training, however, has been lacking.

“There’s eight John Doe’s,” Kennedy said of the alleged incident. “How does not one of those John Doe’s step up and say, ‘This is wrong.'”

Kennedy said training athletes at the elite level — and all levels — must go beyond the ice and gym.

“What are we teaching these young men about how important it is that we’re leaders in this space? That we stand up for these things, we stand up for people that are being hurt?” said Kennedy, who has also partnered with the NHL in recent years on similar issues. “What are we doing to educate these young players so that they become your champions within the game?

“What an opportunity. The ball’s been dropped in that space.”

The NHL is conducting its own investigation because many of the players in attendance at the event honouring Canada’s 2018 gold-medal winning junior team are now in the league.

Deputy commissioner Bill Daly said in an email the expectation is that all players “currently affiliated with the NHL will participate in our process, and we have received no indication to this point that won’t be the case.”

He didn’t answer a subsequent question about what would happen if a player declined to take part.

Meanwhile in Ottawa, the Conservatives opened Tuesday’s question period by asking Prime Minister Justin Trudeau about Hockey Canada, which said it informed Sport Canada of the alleged assault in June 2018.

Trudeau told the House of Commons that Hockey Canada is no different than any other organization or workplace when it comes to sexual misconduct and harassment.

“We want to get to the bottom of this, and all options are being considered to determine the next steps,” he said. “This behaviour is unacceptable.”

Minister of Sport Pascale St-Onge, who took on the portfolio last fall, said she wasn’t told about the alleged incident until she received a call from Renney two days before TSN broke the story.

St-Onge said Tuesday that Hockey Canada told Sport Canada four years ago the allegation had been forwarded to London police.

“It is a heinous situation,” she said in French. “This is not the end.”

“Like all Canadians, I’m disgusted and horrified,” St-Onge added in a follow-up answer. “I am not satisfied by explanation by Hockey Canada.”

John Nater, Conservative shadow minister for Canadian heritage and a vice-chair on the committee, released a statement with three colleagues calling the allegations and the involvement of Hockey Canada “incredibly disconcerting.”

“Potential perpetrators of sexual assault are living out perhaps their wildest dreams of pursuing a career in professional hockey,” the statement read. “They could one day become, coaches and mentors holding positions of power.”

St-Onge said Tuesday that Hockey Canada “must take action to end the culture of silence” and require players take part in the investigation.

“All sport organizations should make sure that their members are accountable,” she said.

Federal dollars accounts for six per cent of Hockey Canada’s funding, according to the organization’s 2020-21 annual report, although the actual figure wasn’t specified.

Smith told the committee Hockey Canada liquidated assets to meet the required sum of the settlement, adding the CHL and the players alleged to be involved didn’t contribute.

Liberal MP Anthony Housefather, a committee member, said in an email he was “concerned” to hear that, especially after executives testified they don’t know the identities of the players involved due to an incomplete investigation.

“Nobody in business would settle a civil suit (except for nuisance value) with no knowledge of whether the facts alleged were true or not and who was involved,” Housefather wrote. “It also concerns me that the perpetrators of the alleged attack (if true) were never sanctioned.”

Kennedy said the London incident is part of a larger issue hockey continues to struggle with on a systemic level.

“It’s not one individual that made a mistake,” he said. “We’re dealing with something bigger than just this incident. We know better today. And to know better is to do better.

“We didn’t do better here.”

-With files from Mia Rabson in Ottawa.

This report by The Canadian Press was first published June 21, 2022. 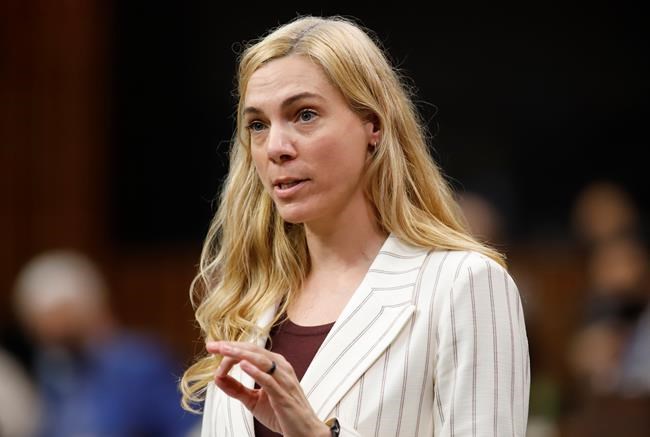 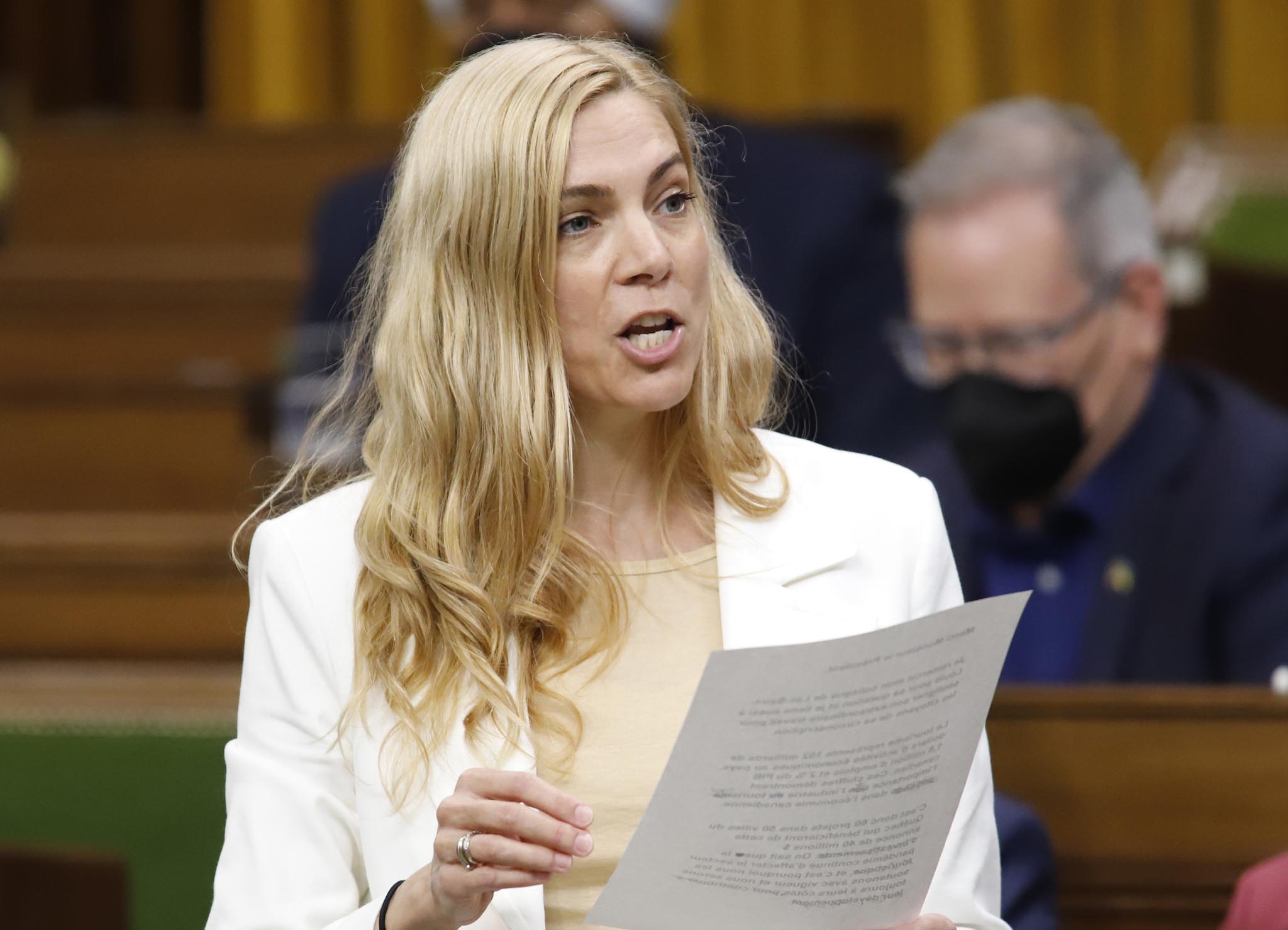