A memorial garden bursting with summer blooms has been installed outside an elementary school in Winnipeg in the name of two beloved educators who died days apart in separate tragedies late last year.

A memorial garden bursting with summer blooms has been installed outside an elementary school in Winnipeg in the name of two beloved educators who died days apart in separate tragedies late last year.

As the 2021-22 academic year wrapped up in June, community members gathered to grieve together outside École J.B. Mitchell School at the newly-unveiled Huggins and Wolff Memorial Garden.

“Thoughts of you forever bloom,” is etched onto a cement planter, alongside the official title of the tribute. The flower box and a bench, situated on the front lawn of the River Heights school, are surrounded by a circle of handpainted rocks in honour of principal Paulette Huggins and Megan Wolff, an early years educator.

Colourful hearts and abstract artworks cover many of the stones. Some of them bear the words, “I miss you” and “RIP” in student handwriting. One painting depicts an angel with long dirty-blonde hair and her dog surrounded by a star-filled sky — a nod to Wolff and her four-legged companion, a Husky named Jasper.

The nursery and kindergarten teacher had to miss the last few days of class before winter vacation when she became severely ill. Despite having received three doses of COVID-19 vaccine, Wolff tested positive for the virus in the hospital. The 53-year-old died of virus-related complications on Christmas morning.

Huggins, who was at the helm of J.B. Mitchell for seven years — the last of which involved much pandemic planning, spent the days that followed figuring out how to support her colleagues and students. On Dec. 29, the school leader died suddenly at age 55.

“The loss of these two individuals left an irreplaceable void not only in the school, but in the community as a whole,” states an excerpt from a recent post about the tribute on the Winnipeg School Division website.

“Knowing how much pride both Paulette and Megan had in the school, and knowing both of their love for the outdoors and nature, it seemed a perfect fit to create an outdoor memorial garden… In the years to come, the school community looks forward to honouring both (women) annually, as new life and new flowers are planted each spring.”

In mid-April, the school’s parent advisory council announced plans to direct money from its annual plant fundraiser to the creation of the site. When the owner of Ron Paul Garden Centre found out about the plans, Ray DuBois offered to both carry out the community’s vision and donate much of the materials required to make it happen.

DuBois knew both of the educators; he met Wolff in university and more recently Huggins, when he worked with one of her daughters at his nursery.

“For me, it was a pleasant way of thinking of these two great people and a way to do something that is going to benefit the community in their honour,” he said, adding he hopes visitors to the memorial will ponder how Huggins and Wolff lived their lives as beacons for their own paths.

Both women were respected members of the education community for unique reasons.

Huggins was a hard-working principal, skilled delegator, and champion of French immersion programming. Before pursuing principalship, she oversaw her own classrooms and worked in special education. At the same time, she raised three daughters with her long-time husband, Garry Huggins.

“Paulette was a pillar in the French Immersion community and was known for her spirit as a lifelong learner,” according to an obituary, which states the mother of three will be remembered for her quick wit, sense of adventure and devotion to her family.

Wolff, a mother of two, was an advocate for play-based learning who made lasting connections with students that resulted in them returning to her classroom doorstep years later for hugs. She was known for taking young learners on seasonal nature walks around the neighbourhood and celebrating every child’s uniqueness.

“(Megan) was meant to be a teacher,” said Andy Gow, who often visited his partner’s classroom to volunteer with her. “It was just such a joy to see her in that element — but it was equally a joy to see those kids come through the door and just be so ecstatic that she was there.”

Gow and Wolff attended her former students’ hockey games and other events together to cheer them on. In her spare time, she was a loving mother, book club enthusiast and reliable friend known for providing sound advice.

Following the double tragedy at the end of December, the vice-principal of J.B. Mitchell described the events as “earth-shattering” in an interview with the Free Press.

“It’s so sad that we’re coming back, missing two special, special people,” said Nicole Kurtz, at the time. “But, we’re still a united group and family, and we’re going to lean on each other and get through it.”

The new outdoor seating area is but one of the ways the community is remembering Huggins and Wolff. A mature evergreen tree is anticipated to be planted on the school grounds in the coming weeks.

The towering nature of the tree, as well as its powerful roots, will symbolize the “strong educational foundations” the women helped to build at J.B. Mitchell, according to the school division.

“Most people need a whole lifetime to leave a legacy and (Megan) left one at 53,” said Jennifer Carter, Wolff’s twin sister. “I’m just so proud of her for that.” 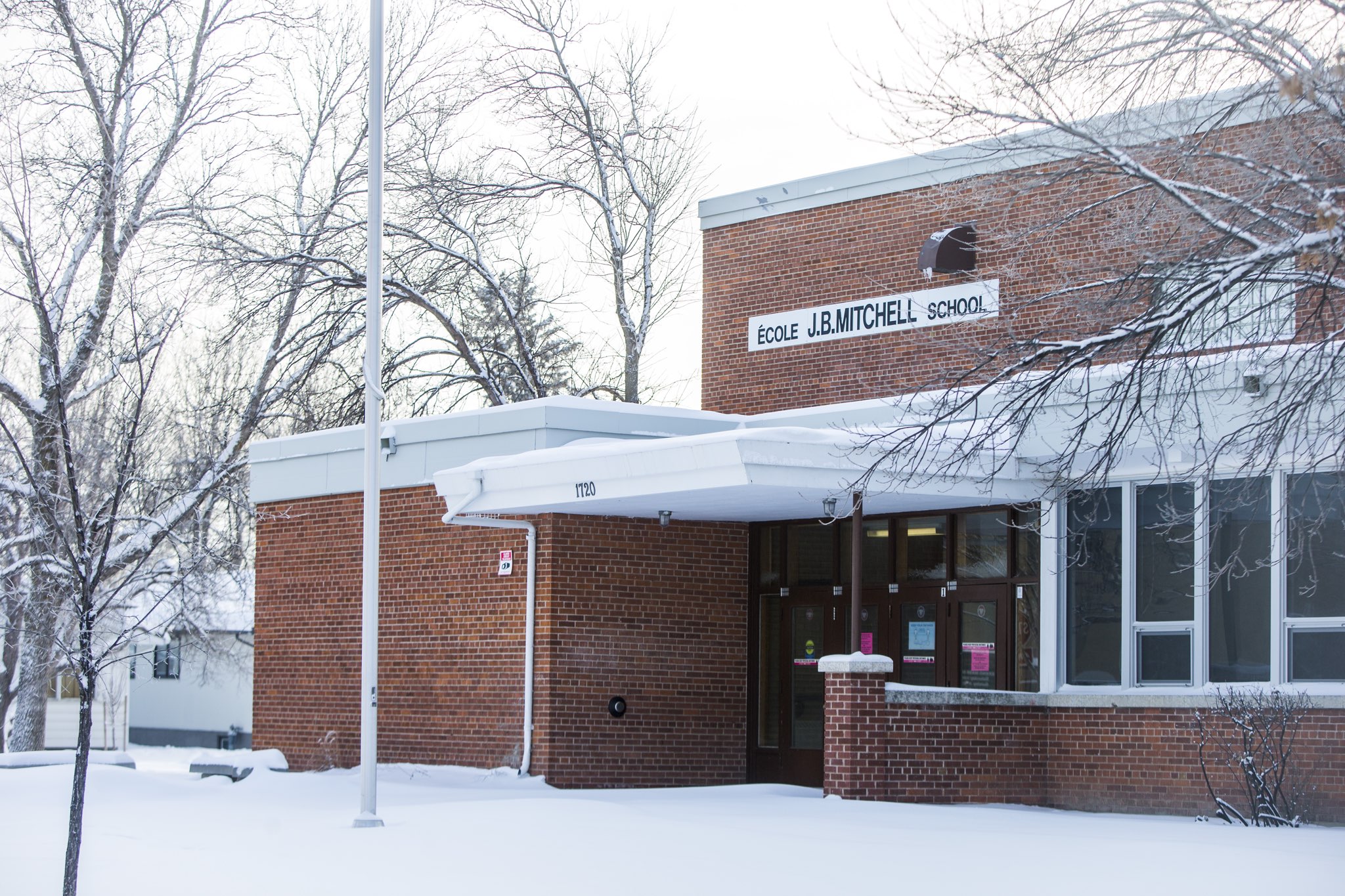 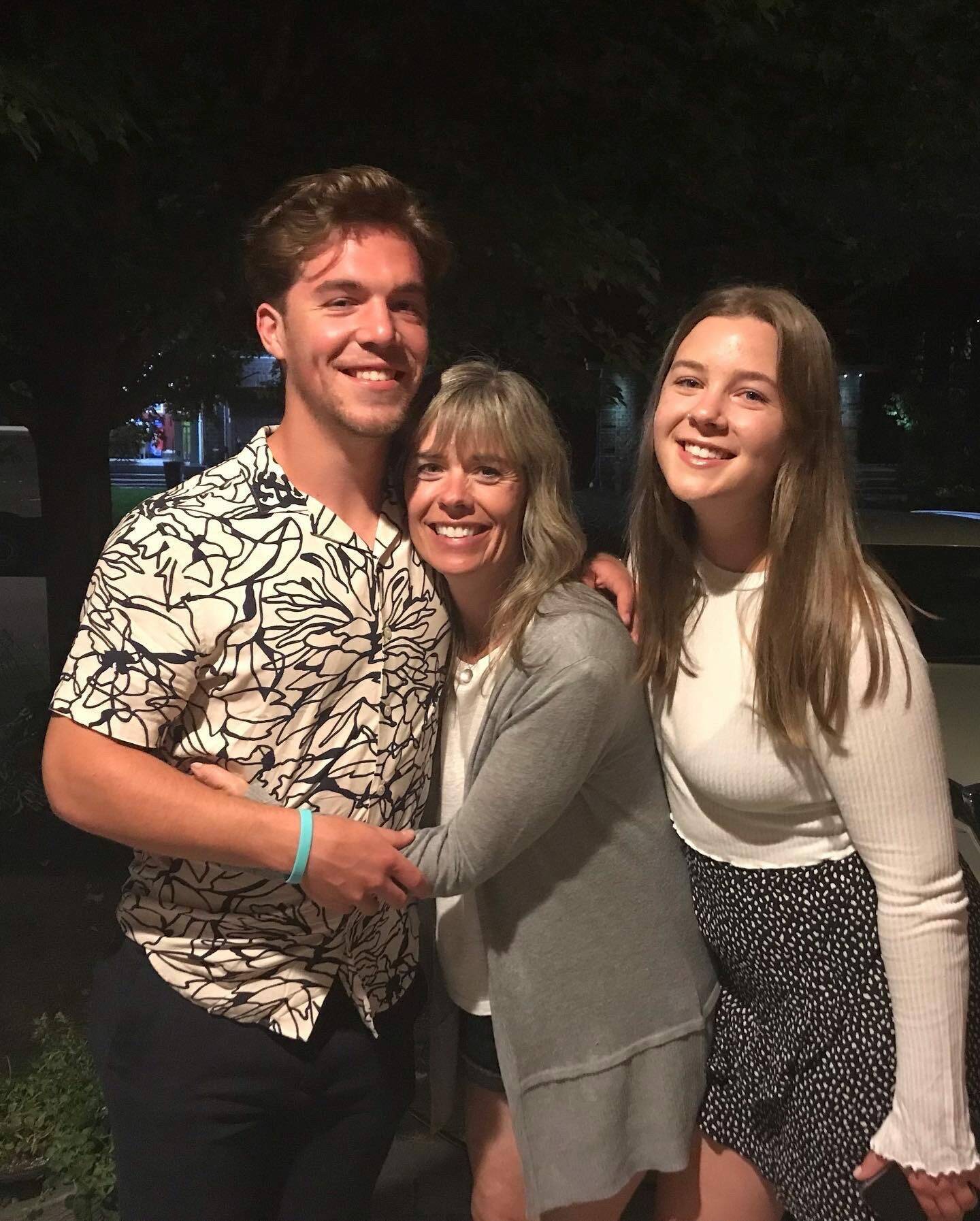