MPI, repair shops buried under avalanche of repair claims Weather, potholes, parts delays and hard-to-find rentals conspiring to keep some waiting as long as five months to get back on the road By: Kevin Rollason Posted: 7:00 PM CDT Wednesday, Jul. 6, 2022

Douglas Steinhilber had no idea when his car was hit by a vehicle running a stop sign just after Valentine’s Day that he’d still be negotiating with Manitoba Public Insurance on Canada Day.

Douglas Steinhilber had no idea when his car was hit by a vehicle running a stop sign just after Valentine’s Day that he’d still be negotiating with Manitoba Public Insurance on Canada Day.

Steinhilber’s almost five-month odyssey to get his car either repaired or written off finally came to an end last Friday, when — still facing an indeterminate number of weeks or months before repair parts would arrive — he decided to accept a cheque from the Crown corporation so he can go out to buy another vehicle.

“I can’t be without a car that long,” he said Wednesday.

“This has been quite the experience. Everybody (at MPI) was polite — no one was rude — but it was stressful and a hassle. It seemed like nobody had the same answer.”

As it turns out, Steinhilber is not alone in experiencing months of frustration in trying to get his vehicle fixed.

Thousands of Manitobans are either without their vehicles or driving damaged ones because MPI has been slammed with collision and damage claims and repair shops can’t keep up.

John Vernaus, president of Vernaus Auto Body, said in his more than 50 years in the industry he has never seen anything like the current situation.

“Our business is up 36 per cent this year. It’s just the sheer numbers. Look at potholes — there were 56 claims last year for potholes and 1,600 this year. What if we get hail? It’s that time of year.”

Vernaus, a former president of the Automotive Trades Association of Manitoba, says repairs have had to be triaged.

“If your vehicle is driveable you will be driving it a bit longer while we repair the vehicles that can’t be driven,” he said.

Vernaus said that’s why he doesn’t believe MPI is to blame for being behind in processing claims.

“I think overall they’re doing a good job, but it is unprecedented the number of claims we’ve had,” he said.

“There are catalytic converter thefts, punctured gas tanks, broken glass, vandalism — and there are supply issues getting parts,” he said.

“We’ve never been this busy in 30 years in the summertime. And good luck trying to find a rental car while you’re waiting for your car to be repaired.”

“If your vehicle is driveable you will be driving it a bit longer while we repair the vehicles that can’t be driven.”
– John Vernaus

Craig Hirota, vice-president of the Associated Canadian Car Rental Operators, said the same supply issues that have made it difficult to buy a new car or get repair parts are also putting rentals on the endangered-species list.

Hirota said during the early months of the pandemic, rental companies reduced the size of their fleets by up to 40 per cent and now, when people are desperate to find something to drive, it is tough for the operators to scale back up again.

“We have been challenged to build back our fleets,” he said. “You’re starting to see two- to three-year-old cars at rental agencies.

“It is very challenging.”

“We have been challenged to build back our fleets. You’re starting to see two- to three-year-old cars at rental agencies. It is very challenging.”
– Craig Hirota, vice-president of the Associated Canadian Car Rental Operators

MPI spokeswoman Kristy Rydz verified the insurer has received 101,577 physical-damage claims so far in 2022, compared to 68,190 during the same period last year.

“The influx of these additional claims overall are the result of a variety of factors, including a challenging winter, spring flooding, a spike in pothole-related claims and, more recently, hail events.”

Rydz said there were 1,879 hail claims made across the province between June 18 and last Friday. The Parkland region was the worst-hit area with 994 claims; the Pembina region escaped with only four. There were 37 hail claims from Winnipeggers during that period.

The average wait time for getting an adjustment appointment in Winnipeg is 15 business days, and about nine in rural locations.

“MPI is actively working to improve these times by exploring options to increase appointment capacity, including offering overtime to staff and actively hiring and training new employees to meet the significant demand,” she said.

“We appreciate the patience of Manitobans as we work as quickly as possible to meet their needs.”

Steinhilber said he was driving his 2017 Toyota Highlander on Brazier Street Feb. 18 when another vehicle at a stop sign at Larsen Street — but hidden by a high snowbank — suddenly pulled forward and struck him.

He said the woman driving the vehicle took full responsibility for the collision, his vehicle was towed to a repair shop and he phoned in the claim the next day and reserved a rental car for March 4.

Steinhilber said MPI told him there would be delays, but after five weeks went by and he had heard nothing he called back. He said MPI admitted they didn’t know where his car was but, a few days later when it was located, it was assessed by an estimator as needing about $8,000 in repairs.

But when it got to a repair shop that reported the vehicle actually needed about $28,000 in repairs, MPI balked and said it was going to be written off. During the next few months, MPI went back and forth over whether to have the vehicle repaired, until last week when the matter was settled.

Now Steinhilber says he will likely buy a cheap replacement to get around in while he waits for manufacturers to sort out supply-chain issues so more vehicles are available.

“We are in crazy times, but I think there is a problem (with MPI) and it needs to be addressed,” he said.

“I believe that MPI is not functioning as it should.” 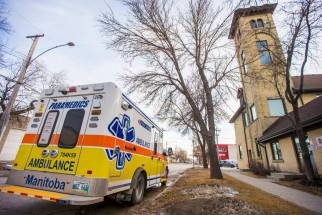 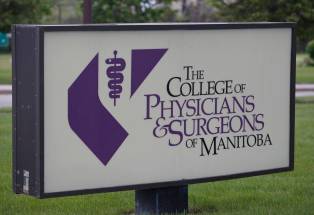 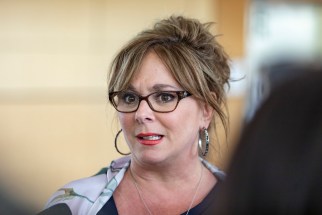 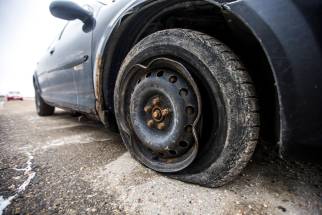 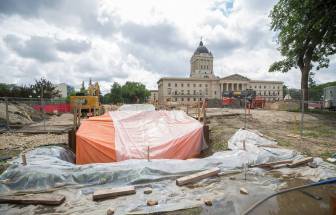 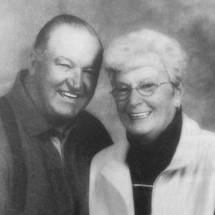 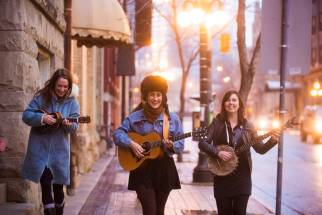 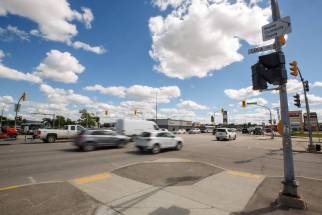