Milhausen was all set to take her 26-foot RV from Winnipeg to campsites at Steep Rock and near The Pas and Flin Flon this week, until she discovered a thief had bored through her metal gas tank and drained out all the gasoline.

Now Milhausen’s vacation plans are on hold for now and, possibly, the entire summer while she waits to have the tank replaced.

“I just wish (the thief or thieves) ill will,” she said Monday.

Milhausen said she knows how much gas was in the 247-litre tank; she just filled it a few days ago and it was stored in a storage compound after that.

It means, based on recent gas prices, that there was the equivalent of $496 in the tank.

But Milhausen said what makes it worse is she believes, from the smell under her vehicle, that a lot of the gas went to waste because of the way the theft was committed.

“My gas cap is not covered or locked,” she said. “The thief could simply have siphoned the gas instead of putting a hole in the gas tank.

“And, because they wouldn’t have taken enough jerry cans, I bet most of the gasoline just went into the ground.”

It’s not the first time Milhausen’s RV has been attacked by thieves. Two years ago her vehicle’s catalytic converter, along with those from several other vehicles in the Transcona storage compound, were stolen.

MPI spokeswoman Kristy Rydz said gasoline is considered as part of a vehicle’s contents, so it is not a claimable loss.

“However, if the vehicle was damaged during the fuel theft — fuel tank, broken fuel door or broken windows — then MPI will treat it as vandalism,” Rydz said.

John Vernaus, president of Vernaus Autobody, said Milhausen isn’t the only vehicle owner he knows of who has a damaged fuel tank.

“Lots of times we can put in a temporary plug, but it is not reliable so a new tank is needed,” he said, adding a new tank costs between $500 and $600 for a standard car or truck.

Milhausen said the RV hadn’t been in the outdoor storage compound long, because she just returned from a camping trip in the Badlands of South Dakota a week earlier.

She said she took the vehicle to a repair shop to fix one of the doors and, after filling up the gas tank, she returned it Wednesday afternoon. When she went back Saturday to prepare it for the road trip she smelled gasoline. When she turned the ignition key, the low-fuel light illuminated.

“I went outside and looked underneath and I saw a fuel stain on the ground. Then I saw a hole in my gas tank,” she said.

Milhausen said she is now waiting for the RV to be towed to a compound so police and MPI can check it over. She doesn’t know when it will be repaired.

“It’s a short season for camping,” she said. “Instead of going on a holiday I’m stuck dealing with Autopac.”

She has decided to move her RV to a new, more secure, storage compound elsewhere. 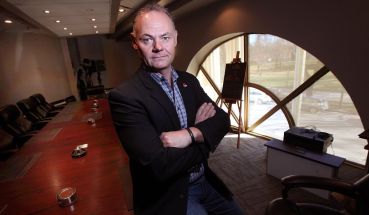 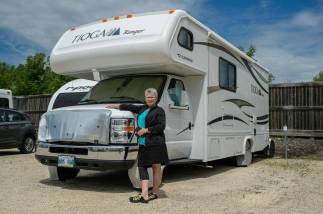 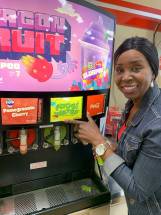 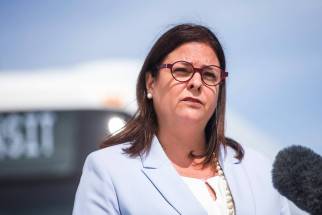 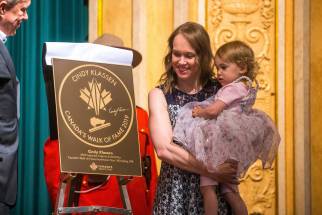 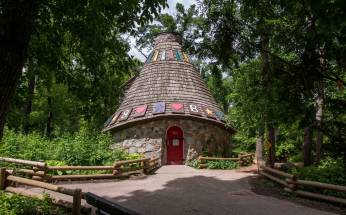 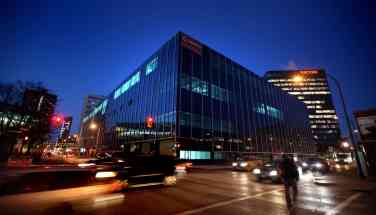