Zach Collaros didn’t mince words when asked to put his opinion behind a questionable hit over the weekend that left one player suspended for weeks and the other sidelined for possibly the rest of the CFL season.

Zach Collaros didn’t mince words when asked to put his opinion behind a questionable hit over the weekend that left one player suspended for weeks and the other sidelined for possibly the rest of the CFL season.

Late into Friday’s game between Saskatchewan and Ottawa, Roughriders defensive lineman Garrett Marino delivered a dangerously low hit against Redblacks quarterback Jeremiah Masoli, wrapping him up just below the knees. Masoli was injured on the play and as he winced in pain on the turf at Mosaic Stadium, Marino celebrated the hit, yelling expletives and raising his arm in the air while being escorted from the game.

“I love Jeremiah. As a teammate of mine for quite a while, and somebody I have a great deal of respect for, not only as a player but as a person, as a father, as a husband, I’ve learned a lot from him from my time being around him,” Collaros said after a workout Tuesday. “So, for something as dirty as what happened and for him to miss games, I think it was ridiculous and embarrassing for the league. I’m not happy about it, obviously.”

Masoli suffered a serious injury to his leg and is scheduled for surgery sometime this week. He’s expected to be sidelined for the foreseeable future, making life even more difficult for the 0-4 Redblacks, though he wasn’t officially ruled out for the year.

On Monday, the Redblacks acquired QB Nick Arbuckle from the Edmonton Elks in exchange for a fourth-round draft pick in 2023. Arbuckle was practising with his new team on Tuesday, but it remains unclear if he’ll be ready to play for Ottawa’s game against the Hamilton Tiger-Cats on Saturday.

Meanwhile, following an investigation by the CFL, Marino was hit with a four-game suspension, marking the most severe penalty ever imposed for in-game behaviour. The CFL broke the penalty down into three separate suspensions: two games for what the CFL described as a “dangerous and reckless low hit” and ensuing celebration, a third game for comments Marino made about Masoli’s heritage (his parents are of Samoan descent) and a fourth game for an illegal hit on an Ottawa offensive lineman on a previous play.

“You’ve got two really good football teams that were undefeated, that played a game, and you got two more undefeated teams coming up, they’re about to play a game and we’re wasting our time talking about this stuff that looks terrible for the league. So, you’d hope that we’d be talking about football rather than that crap,” Bombers head coach Mike O’Shea said, noting the Bombers and Calgary Stampeders (4-0) game this Friday.

“You’ve got two really good football teams that were undefeated, that played a game… and we’re wasting our time talking about this stuff that looks terrible for the league.” – Bombers head coach Mike O’Shea

“We’ve taken steps with player safety, for everybody, right? We’re trying to make the game safer, so everybody plays longer, so the product is better. Everybody knows that hit is not allowed.

“Coaches, players, the league and the PA – it’s on all of us. You want this league to do well, you’ve got to make sure the product is a great product. And when stuff like that happens, it destroys the product all-around.”

Collaros also questioned the role of the CFL Player’s Association, noting they often fight for the side of the offender. In many instances in the past, a player will appeal the decision, with representation from the CFLPA, often earning a lesser penalty.

Clearly, that’s something Collaros is hoping won’t happen this time around.

“Since I’ve been up here, maybe nothing as dirty and as blatant as that has occurred. I could probably think back to quite a few,” the Bombers QB said, adding that the league’s broadcaster, TSN, should also apply pressure to the CFL. “But when you suspend somebody, or you dish out any kind of punishment, and then your own union comes and defends that person, as the quarterbacks we’re… it’s kind of a weird spot for us, especially this season, being asked to kind of lead the charge in the strike. So, it’ll be interesting to see how this all plays out.”

“Since I’ve been up here, maybe nothing as dirty and as blatant as that has occurred. I could probably think back to quite a few.” – Zach Collaros

Adam Bighill knows a thing or two about delivering punishing hits, and he says it’s what attracts many to the game, including himself. But he preached the need to play within the rules, noting there’s no place in the game for Marino did.

“You look at football 10-plus years ago, there was no such rule. Football has evolved, changed, and probably for the better in a lot of cases for player safety. And this is a player safety issue,” the veteran linebacker said. “We’ve obviously seen lots of injuries throughout the years of professional football to quarterbacks when there’s been low hits. So, from that standpoint, that’s why we can’t have those in the game. Because the odds of injury are so high.”

Bighill, who is also on the executive of the CFLPA, as its third vice-president, wasn’t about to play judge or jury, taking a more diplomatic approach. He referenced Marino as a repeat offender – the 27-year-old Californian has now been ejected twice and fined twice over his 12-game career – and put a particular emphasis on the discouraging language made about Masoli’s heritage, words that have not yet been made public.

“We as a player union we wanted to make sure we reinforce code of conduct for everybody: our fans, coaches and players,” Bighill said. “So, there’s certain things that are obviously acceptable within the trash-talk world and some things that are not. You’ve just got to know when not to cross the line.”

Time to believe in the Big Blue 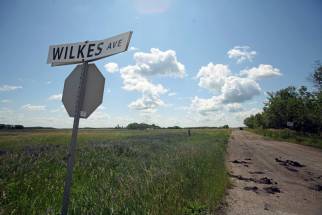 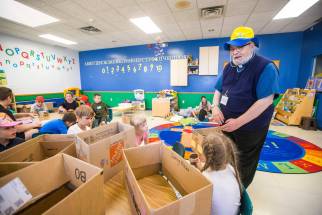 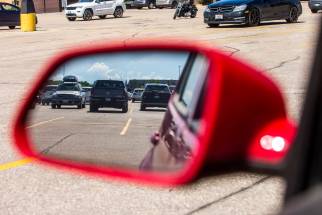 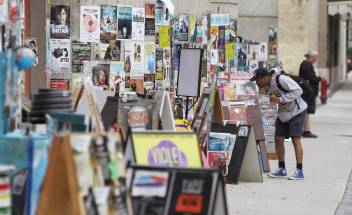 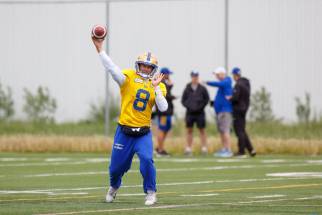 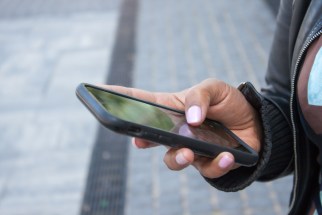 Play on Rogers’ digital disaster provides a call for action