Biik Allen was hired to be one of the first Ojibwa language instructors in the Louis Riel School Division, but she says elementary students make her feel more like a celebrity.

Biik Allen was hired to be one of the first Ojibwa language instructors in the Louis Riel School Division, but she says elementary students make her feel more like a celebrity.

“I love my job. The kids are always so excited to see you. You’re like a rock star,” said Allen, who is affectionately known by her colleagues and students as Biik — a nod to her traditional name, Bezhigwanebiik, “the line on an eagle feather.”

Thursday was no exception; Grade 2 and 3 students had a hard time sitting still in their seats when they saw visitors Kelsey Lenaghan and Allen appear at the door of Room 4.

Shortly after their morning lesson began at Marion School (in the Central St. Boniface neighbourhood in Winnipeg), all 24 of the pupils were engaged in an opening sing-along. They belted out an Anishinaabemowin tune about greeting one another (“boozhoo aaniin gakina awiiya”) in unison.

These wide-eyed learners, along with hundreds of their young peers, participate in 60 minutes of Indigenous language lessons every six-day cycle.

While some metro school divisions offer an Ojibwa bilingual stream to support children in journeying to becoming fluent speakers, LRSD administrators took — at the recommendation of local community members — a different approach to Indigenous language education in 2016.

It was then the division rolled out a pilot that aimed to expose some of its youngest learners, from both Indigenous and non-Indigenous families, to Ojibwa.

There was an understanding among teachers, principals, families and other stakeholders that it would be beneficial to reach all students with regular, introductory Indigenous instruction, said Marion principal Corey Kapilik. At the time, Kapilik was the division’s co-ordinator of Indigenous education.

“It’s very important, I think, that kids see Indigenous people using Indigenous languages in our schools. For the Indigenous kids, it’s inspiring. For non-Indigenous kids, what a wonderful learning opportunity (it is),” he said, adding role models such as Allen and Lenaghan are invaluable to school communities.

“We’re really hoping that we can instill in our children that piece of understanding of who we are as Canadians and our role in relationships with each other.”

By 2018-19, more than 50 classrooms were participating in frequent Anishinaabemowin programming in the division. This year, LRSD’s growing team of traditional language instructors is meeting with a combined 79 classrooms across 20 elementary buildings.

Kapilik now oversees the St. Boniface school that houses the language exposure team’s headquarters. Four Ojibwa instructors, a new Cree instructor, and a Dene resource developer work out of the building on Des Meurons Street and travel across the division to their assigned schools.

Their lessons cover basic counting and vocabulary, including greetings, weather and animals. Drumming, crafts and discussions about the contemporary lifestyles of Indigenous peoples are also part of the initiative, which is mainly offered to participants in K-2 levels at present.

The budding program is similar to essential French, although it focuses heavily on land- and play-based education.

“We can’t teach language without teaching culture and vice versa, and so that’s part of the beauty of the program — we get to explore both,” said Lenaghan, leader of the Indigenous languages team.

Lenaghan said she is amazed by the “turnaround” she has seen in her lifetime.

Being an Anishinaabe ikwe, she said she often encountered racism and bullying at the rural school she attended growing up. Lenaghan only started learning her ancestors’ language once she became an adult, because she said her mother — a survivor of the day school system and daughter of a residential school survivor — thought she was protecting her children by not teaching them Ojibwa.

For Lenaghan, the ability to work alongside a group of Indigenous women and witness the joy of student participants in their LRSD program is healing. She wants to see the program continue to expand.

“I love our language. I love our culture, and being able to share that passion with kids and seeing those Indigenous students in the class having that sense of pride and excitement just makes everything worth it. It’s really fulfilling. We often say that our kids are medicine,” she said.

“All of us on our team carry trauma and so, working with these students and being able to share a part of us that we’re really proud of just instills pride.”

Allen echoed those comments Thursday, the final day of instruction before public schools closed for the National Day for Truth and Reconciliation.

As the duo wrapped up their morning lesson, Lenaghan thanked the students for their participation (miigwetch) and reminded them of the phrase (giga waabamin miiniwa) Ojibwa speakers use when they part ways.

Survivor fought, died for his captors 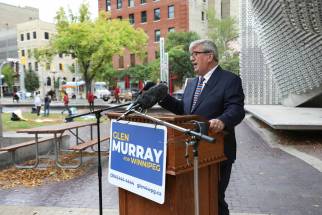 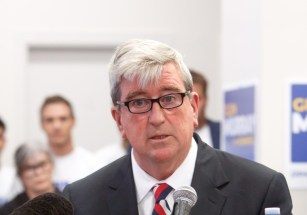 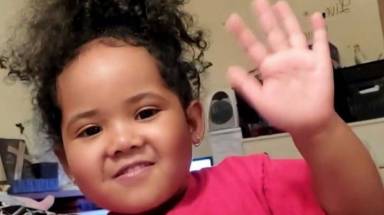 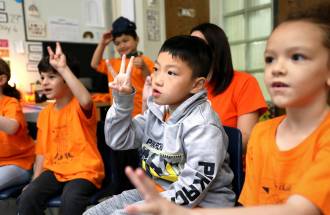 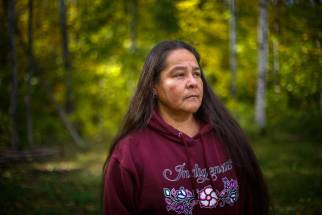 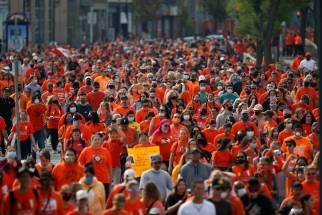 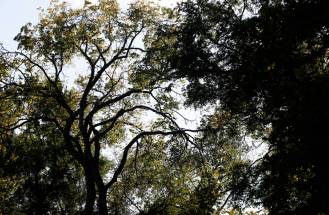 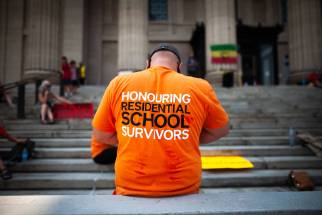