Imagine a city where the buses run on time and efficiently get you where you need to go.

Imagine a city where the buses run on time and efficiently get you where you need to go.

Or imagine a city where you can safely commute each day on a bicycle.

You can probably imagine that city isn’t Winnipeg — at least not yet — but not only are most mayoral candidates talking about transit and active transportation, a new poll suggests a majority of residents are willing to pay for them.

In the Free Press-CTV News poll conducted by Probe Research, 52 per cent of respondents said the city should spend more money on new public-transit infrastructure, including creating dedicated lanes for buses. Another 33 per cent are satisfied with the money currently being spent, and 15 per cent think there should be less funding.

Curtis Brown, a principal at Probe Research, said the results are a clear indication that there is an appetite to buy improvements.

“People are starting to see the need for it,” Brown said. “Issues of climate change, gridlock… people want to see more investment.”

Brown said residents are more inclined to support light-rail than rapid-transit buses but, “We haven’t really heard any of the candidates talk about it or promise it.”

Idris Adelakun is the only mayoral candidate among the 11 on the ballot talking about a transit system using something other than buses and, according to a Free Press-CTV News poll released last month, he likely won’t be getting many votes.

“It will attract visitors to our city,” Adelakun says in his platform. “Also, it will reduce traffic congestion and pollution.”

The top five candidates have more conventional ideas in their platforms. Glen Murray wants to see a citywide system providing frequent service using electric buses within eight years. Scott Gillingham would add 11 new buses to the city’s busiest routes over three years. Shaun Loney would implement the city’s transit master plan in 10 years instead of 25. Kevin Klein would push for all new buses to be electric. Robert-Falcon Ouellette would set adult fares at $1; youths 17 and under would ride free.

Kyle Owens, president and chairman of Functional Transit Winnipeg, said he is pleased to see the poll numbers in favour of injecting more money into Winnipeg Transit’s infrastructure.

“I think these numbers reflect that most Winnipeggers see the benefits of investing in public transit,” Owens said.

“Winnipeggers who use the system regularly know how slow and unreliable it is. Because of the lack of funding, people can’t use it to get to work on time.”

“Winnipeggers who use the system regularly know how slow and unreliable it is.”–Kyle Owens

Owens said his group advocates that even people who never take the bus will get a bang for their bucks that go into public transit infrastructure.

“It benefits the city,” he said. It gets more people out of their cars. And, with the master transit plan passed last year, we were very glad to see it passed and we want to accelerate that funding because 25 years is too long.”

As well, he said when the plan is in place, the number of households within 500 metres of frequent transit service will go from 21 per cent to 58 per cent.

Owens said Winnipeg has fallen behind other cities in the country.

“Winnipeg is the largest city of its land size in Canada without light-rail,” he said. “The others have all realized the benefits to get people where they are going.”

“Winnipeg is the largest city of its land size in Canada without light-rail.”–Kyle Owens

The poll was taken while Winnipeg Transit continues to experience lower ridership numbers, in part due to the pandemic.

A transit spokeswoman said weekday boardings are now up to approximately 80 per cent, the highest since the beginning of the pandemic in spring 2020.

“The transit system we had then, and still mostly have now, reflects Winnipeg as it was with people coming downtown in the morning and then going back in the afternoon. It doesn’t offer that much cross-city trips. We’ve tried to redraw the map to make it a grid system and not spokes going downtown.”

Radstrom said transit users will soon see the changes, with a series of fast bus routes taking passengers to transfer locations where they can board other buses to take them to where they want to go. He said the system is already in place in southwest Winnipeg, with feeder routes not going downtown, but instead only taking passengers from subdivisions directly to and from the Blue Line, much of which is the Southwest Rapid Transit Corridor.

“Buses will be so frequent on major routes you don’t have to check the schedule — you just show up,” he said. “Just missed the bus? Who cares? Another one will come in five minutes… that type of change is really what would get more people to be on the bus.

“Buses will be so frequent on major routes you don’t have to check the schedule — you just show up.”–Bjorn Radstrom

“Downtown will always be the biggest destination, but it is not like it was in the 1940s and 1950s.”

As to the demographics of Winnipeggers who support — or don’t — spending more on public transit, the poll shows that a lot depends on a resident’s political ideology, age, education level and neighbourhood.

Sixty-four per cent of the people who identify as NDP supporters and 60 per cent of Liberal voters indicated they favour spending more, while only 28 per cent of people who back the Progressive Conservatives did the same.

A larger percentage of Tories — 42 per cent — suggested they support funding for light-rail, behind Liberal supporters at 59 per cent and NDP at 56 per cent.

“Getting people out of their vehicles is critical to meeting our climate-change goals.”–Mark Cohoe

About 57 per cent of university graduates agree more should be spent on public transit, compared to 41 per cent with high school or less education. And, while residents who live in the core area give 62 per cent support to spending more, other areas of the city range from 47 to 53 per cent.

Meanwhile, when it comes to putting more dollars into active transportation and building more bike lanes, 45 per cent of Winnipeggers are in favour of spending more, but a majority of respondents believe the city is already spending enough (31 per cent) or should spend less (24 per cent).

The executive director of Bike Winnipeg, a cycling advocacy organization, said support for active transportation has continuously grown through the years; 45 per cent of Winnipeggers now want the city to spend more on bike lanes.

“This is very positive,” Mark Cohoe said. “I think it is a pretty clear indication people are ready to spend more. They are linking walking, cycling and transit to climate. There is value with active transportation.

“Getting people out of their vehicles is critical to meeting our climate-change goals.”

Cohoe said many changed their driving habits during the pandemic, so the time is right to enhance the active transportation network.

“People are travelling less (and) we’ve found we can reduce the number of vehicles on the road. And numerous studies show people are driving more than they want to. But if we just blindly plan for the same number of cars on the road, that’s what we’ll get.

“If you plan for fewer vehicles and have more options for biking, walking and buses, you’ll get there.”

The poll of 600 Winnipeg adults was conducted Sept. 8-18. The results are — with 95 per cent certainty — within plus or minus four per cent if the city’s adult population had been surveyed because of the size of the polling sample, Probe said. 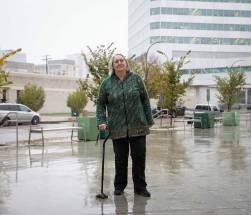 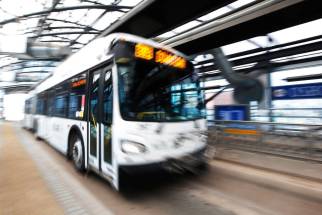 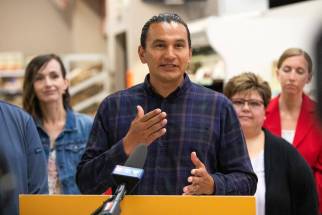 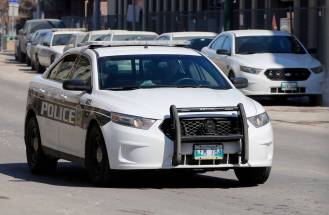 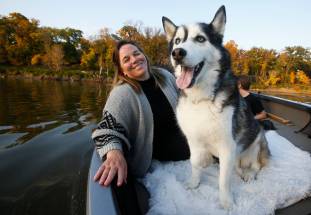 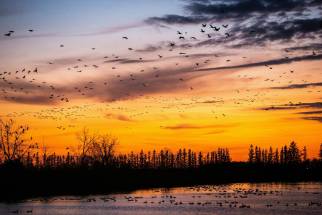 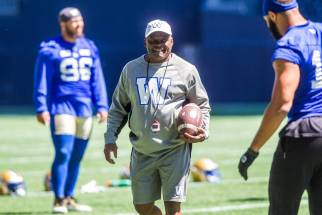 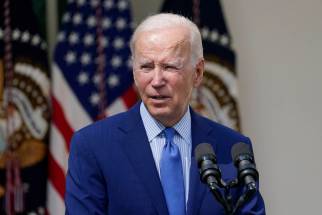