Calls to eliminate potential fines for citizens who opt to shovel snow off Winnipeg public sidewalks and bike paths are gaining traction at city hall.

Calls to eliminate potential fines for citizens who opt to shovel snow off Winnipeg public sidewalks and bike paths are gaining traction at city hall.

Coun. Matt Allard wants council to update bylaws to permanently eliminate the risk of a financial penalty for such volunteers.

“I’m saying residents should not have to fear a fine (for) being good citizens by doing the snow-clearing work that the city should be doing, according to our snow-clearing bylaw, which the public service has acknowledged they don’t have the resources to do,” Allard said Wednesday.

The city didn’t meet its own standards last winter, according to a recent civic staff report.

“I’m saying residents should not have to fear a fine (for) being good citizens by doing the snow-clearing work that the city should be doing.”–Coun. Matt Allard

That policy requires sidewalks adjacent to major routes and collector streets to be cleared within 36 hours after an “average” storm ends, with residential street sidewalks cleared within five working days after plowing starts. While last winter’s especially harsh, stormy conditions certainly hampered snow and ice control, many residents have complained winter sidewalks have been impassable far too often for several years.

Allard said he believes residents can manage any risk in clearing such routes for themselves. “For people trying to get around on their bicycles (who are) being caught in the snow, I think that’s more of a safety issue than people taking out some shovels and clearing that active transportation path.”

While city officials have assured the public they don’t intend to levy such fines, Allard said a bylaw update is needed to completely rule out the risk of that happening in the future.

Hillary Rosentreter, who has organized multiple do-it-yourself snow-clearing efforts on bike lanes and sidewalks over the past few weeks, said the risk of a fine should be clearly eliminated.

“Those who go out and put the effort in to clear sidewalks near their homes or in their communities should not be threatened with a fine or have to face any kind of repercussions for doing so — especially from the city, when the city is obviously not keeping up with that responsibility,” said Rosentreter.

The city must do more, however, than simply ruling out punishment for folks who volunteer to clear paths for bikes and pedestrians, she added.

“The reason why we’ve been out there and why we continue to be out there (clearing snow) is because the clearing is inadequate… Ultimately, we want the policy of snow clearing to change. We want more money to go into clearing of sidewalks and bike lanes because (snow-clearing) disproportionately focuses on vehicles.”

Allard’s motion appears to be gaining some traction with his city council colleagues.

Mayor Scott Gillingham said he believes there’s a “common sense” need to ensure no one is fined for shovelling a sidewalk. However, he said council needs further debate to determine how to proceed on bike paths.

“Some areas for bike lanes are a shared lane on a road (with vehicles). There (are) different safety concerns… related to bike lanes, as opposed to a sidewalk,” said Gillingham.

Council’s public works chairwoman said she was surprised to confirm fines were possible for clearing a sidewalk. “Common sense needs to prevail, because I think it’s ridiculous… I’m going to be working with the department on this one,” said Coun. Janice Lukes.

However, Lukes said she fears making it easier for residents to clear bike lanes on their own could pose a significant safety risk. “It isn’t safe to really have people (shovelling) on the road in the winter with moving vehicles.”

Overall, the councillor said the key focus must be to improve the city’s efforts to clear ice and snow from sidewalks and bike paths.

“The bottom line is I think we need to be looking at doing much better,” said Lukes. 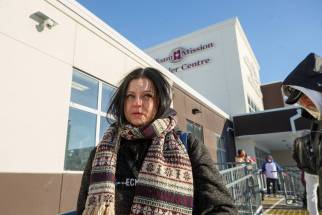 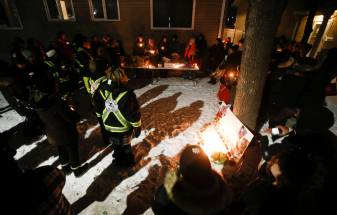 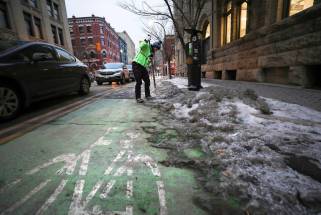 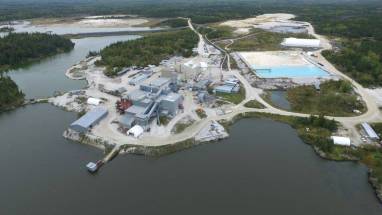 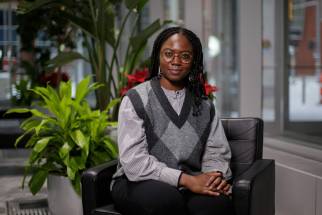 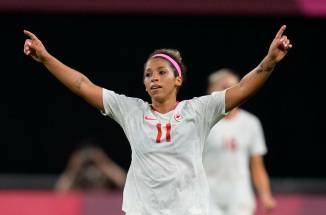 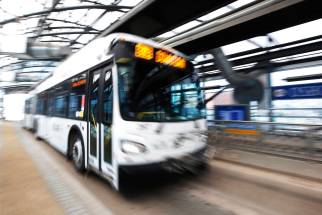