A coalition of mostly Indigenous organizations, families, and survivors of violence has issued a statement to denounce the so-called freedom convoy for its “blatant use of Indigenous women, girls and two-spirit kin to further their own misguided and propagandic agenda.”

A coalition of mostly Indigenous organizations, families, and survivors of violence has issued a statement to denounce the so-called freedom convoy for its “blatant use of Indigenous women, girls and two-spirit kin to further their own misguided and propagandic agenda.”

In the Jan. 3 statement, it attached a copy of a poster that had a missing Indigenous woman alongside a convoy logo that included the hashtag #MMIP for “Murdered and Missing Indigenous People.”

“The freedom convoy is known to represent extreme white supremacist views,” the statement said, “which devalue the lives and experiences of Indigenous Peoples, alongside Black, (LGBTTQ+) and persons of colour.”

It also refers to Jeremy Skibicki, who is accused of slaying four Indigenous women in Winnipeg and is known to have espoused white supremacist views on social media.

“We demand that this so-called freedom convoy immediately cease,” the statement concludes.

Regardless of good intentions, convoy supporters don’t address the issue of MMIWG2S by producing such a poster.

Supporters would be better served by putting an end to the racism in their group if they really want to help deal with the issue of missing and murdered Indigenous women, girls, and two-spirit relatives.

In the context of the convoy and Winnipeg, consider this a sign of more to come.

Most people think the convoy reunion, announced for Winnipeg next month, won’t go ahead after James Bauder, co-organizer of last year’s convoy occupation of Ottawa, announced he was cancelling it due to “security concerns.”

A one-minute social media search will show you this is not the case.

Dubbed the “World Unity Convoy,” new organizers have emerged and more than 1,000 people are planning to occupy Winnipeg in mid-February.

Time will tell if this movement is serious. The website address the organizers keep posting, for example, has no page; perhaps that tells you all you need to know.

Far more concerning is how a handful of Indigenous people have likened the freedom convoy to Indigenous activism and traditions.

One of the new convoy leaders is Serena Freedombear Winterburn, a Cree woman from British Columbia. Before labelling her a fringe voice, you should know she is followed by in excess of 40,000 people on TikTok.

Winterburn has pronounced the World Unity Convoy the fulfillment of the “Eighth Fire,” a prophecy by the Anishinaabe (my people) that foretells of a time when a new people will emerge to lead all of creation into peace, growth and prosperity.

“This is the evolution of the freedom movement to the unity movement — a weaving together.”–Serena Freedombear Winterburn

“This (will be) a peaceful assembly that will take place in Winnipeg,” Winterburn explains in a video viewed by thousands on her social media page. “This is the evolution of the freedom movement to the unity movement — a weaving together.”

On Friday, I contacted more than two dozen Indigenous spiritual leaders in the city. Not one knew the people Winterburn was talking about — if they even exist.

Winterburn then goes on in videos to attack Prime Minister Justin Trudeau, government legislation and “the left and their use of words like diversity and unity.” In others, she asks for donations for her speaking and live streaming and directs supporters to her personal email address.

That may be all “Freedombear” is really looking for: self-promotion and money. Unfortunately, I’ve probably contributed to this by highlighting her in this column.

The problem is, other Indigenous peoples have voiced support on her page and others quote her, conflating the “freedom convoy” to Indigenous activism and traditions.

Infighting appears to have derailed return of ‘freedom convoy’

A year without truck horns would be nice

Local stories that mattered in 2022

As I’ve written in the past, anti-vaccination, anti-science, and anti-government messages espoused by convoy members have done a very good job of tapping into Indigenous historical mistrust and convincing people to believe their propaganda.

The problem is, no matter how much material convoy supporters produce, it is impossible to ignore the fact the movement is based in selfishness, conflict, and violence.

These are antithetical to the goals of Indigenous teachings, based in building community, peace, and treaty.

This is why when the convoy occupied Ottawa a year ago and exploited Indigenous teachings; local Algonquin Indigenous leaders told them to stop.

This is why when people in that movement across Canada tried to liken their work to supporting missing and murdered Indigenous women and girls and “Every Child Matters,” they were told by families and survivors they didn’t represent them.

This is why Indigenous organizations in Winnipeg have done the same thing this week.

Next month, convoy members will likely be told once again to stop exploiting Indigenous traditions for their own political and selfish reasons.

That is, if it happens. 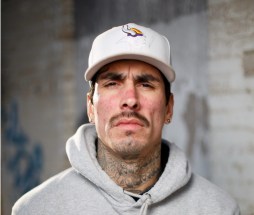 Taxpayer-supported agency that helps families faces its own crisis 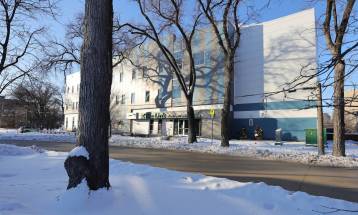 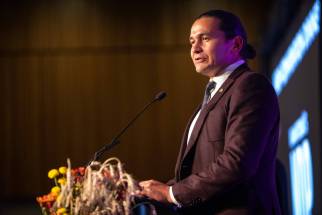 Freedom ‘fighters’ are not fighting for Indigenous 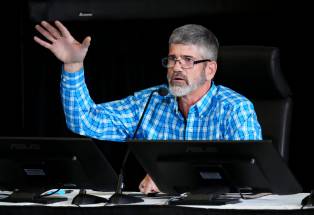 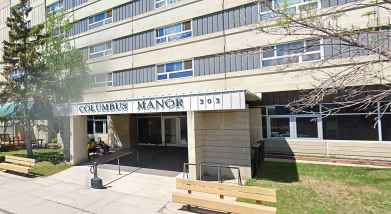 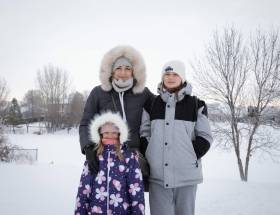 A fare to remember 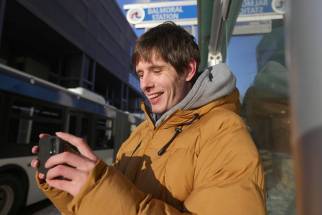 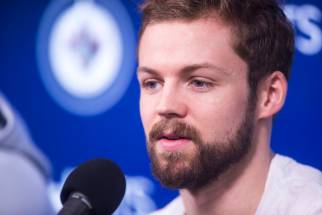 Solving the downtown puzzle, one piece at a time 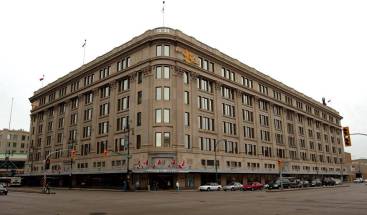