A Winnipeg school division is changing instruction start and end times — in some cases by as much as 45 minutes — in an effort to address enrolment and transportation challenges.

A Winnipeg school division is changing instruction start and end times — in some cases by as much as 45 minutes — in an effort to address enrolment and transportation challenges.

Thousands of elementary and middle years students in the Pembina Trails School Division will be affected by timetable changes that go into effect in the fall.

Starting in September, a total of 17 schools, most of them located in the division’s fast-growing south end ward, will have new hours of operation. Roughly half of the buildings will run between 8:15 a.m. and 2:45 p.m. The other group will operate on a 9:15 a.m. to 3:45 p.m. schedule.

Many families, who have planned their lives around existing bell times, were caught off guard by the sweeping changes announced Monday.

“It’s a big ask,” said Alison Beyer, a parent who described feeling panic when she learned École Crane’s start time would be pushed back from 8:40 a.m. to 9:15 a.m.

The mother of three and part-time lawyer said it is already a struggle to drop her oldest off at Grade 1 and get to work on time.

A complete overhaul of the family’s morning routine will be required to accommodate the updated timetable, given she is supposed to clock in around 8:30 a.m. Her husband has a rigid full-time schedule as a teacher, and they live roughly 100 metres outside the area eligible for busing.

“I know that school isn’t child care. A lot of parents have to get before- and after-care, but the fact of the matter is we’re finding this out in January and that makes it almost impossible (to find daycare spots for September),” she said.

“I know that school isn’t child care. A lot of parents have to get before- and after-care, but the fact of the matter is we’re finding this out in January and that makes it almost impossible (to find daycare spots for September).”–Alison Beyer

The first part of the blueprint, which was unveiled in the summer, saw the division create new central bus stops on feeder streets in the fall in order to increase its fleet’s efficiency and reduce student ride times.

As a result, drivers have been “double-routing” — undertaking two routes in both mornings and afternoons to ensure all students get to one particular building, which means some children have to wait around under supervision either before or after formal instruction — to address high demand for school transportation.

In order to qualify for busing, elementary school students must live more than 1.6 kilometres from their catchment school.

Superintendent Lisa Boles called the situation “less than ideal” and suggested the coming schedule adjustments will address the problem.

“We are short-staffed despite Herculean recruitment and retention efforts and so, having these buses serving two routes (due to adjusted start and end times) will minimize the impact of any driver shortages and, in fact, allow us to actually have spares for once and that will mean fewer cancellations,” Boles said.

The division leader said a combination of surging enrolment, quirks in new suburbs, bus fleet and infrastructure constraints and a shortage of drivers necessitated changes.

There is a misconception that the division’s two new schools in Waverley West are to blame, she added.

Suzanne Pothe, who currently has children enrolled at Dalhousie and Fort Richmond Collegiate, said communication about the changes has felt “disorganized,” and she wishes there had been better planning — including investments into busing infrastructure — to avoid the situation altogether.

“We are short-staffed despite Herculean recruitment and retention efforts and so, having these buses serving two routes will minimize the impact of any driver shortages.”–Superintendent Lisa Boles

The division did not hold any consultations to hear parent perspectives, she said.

“This is a big deal for younger people,” said Pothe. “It upset my daughter…. She’d rather be up and at it earlier, and would much rather be home earlier at the end of the day.”

The mother of two considers herself lucky that she is a stay-at-home parent with flexibility and called her concerns — including the fact her children will soon have different lunch schedules — minimal compared to others, who will have to scramble to get their kids to and from school.

Boles acknowledged change is always difficult and the division has received a mix of feedback.

“Some people are welcoming the change, and others are not and we’ll have to continue to work through that,” she said. 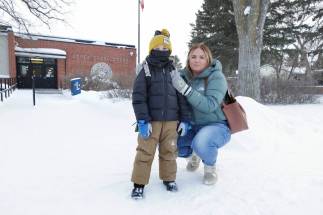 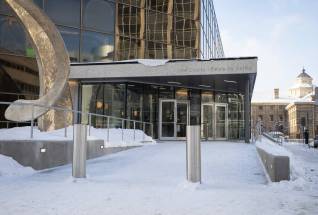 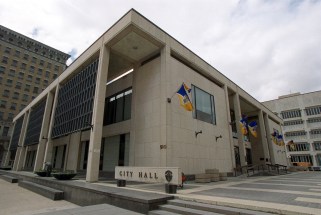 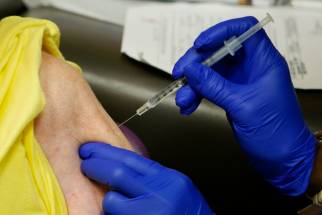 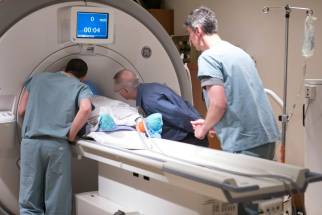 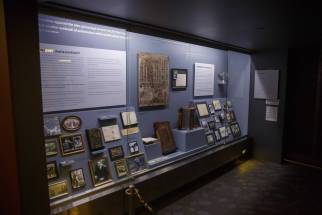 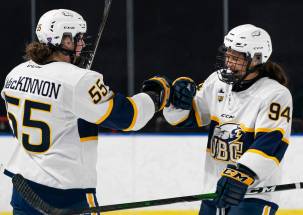 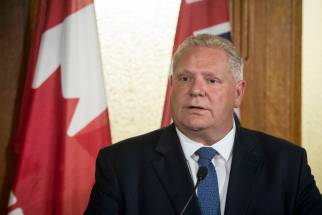