OTTAWA -- Natural Resources Minister Lisa Raitt, speaking in an inadvertently recorded conversation, calls solving the isotope shortage a "sexy" issue that she hopes to take credit for and she also expresses doubts about the parliamentary skills of Health Minister Leona Aglukkaq.

OTTAWA — Natural Resources Minister Lisa Raitt, speaking in an inadvertently recorded conversation, calls solving the isotope shortage a "sexy" issue that she hopes to take credit for and she also expresses doubts about the parliamentary skills of Health Minister Leona Aglukkaq.

The comments come in a more than fivehour recording that was made on Jan. 30 and obtained by the Halifax Chronicle Herald.

In a lengthy conversation with her former aide, Jasmine MacDonnell, Raitt accuses Michael Ignatieff of buckling to threats from bankers who say they won’t donate to the party if the Liberal leader forces another election.

As the two are being chauffered in B.C., they discuss Aglukkaq’s handling of the isotope shortage caused by a heavy water leak at the Chalk River nuclear reactor.

"They’re terrified of the issues," Raitt says during the recording, details of which were posted on the Chronicle Herald’s website after a Nova Scotia judge ruled Monday the newspaper could report the conversation.

"You know what? Good. Because when we win on this, we get all the credit. I’m ready to roll the dice on this. This is an easy one. You know what solves this problem? Money. And if it’s just about money, we’ll figure it out. It’s not a moral issue."

Raitt also says she is disappointed in Aglukkaq: "Oh, God, she’s such a capable woman, but it’s hard for her to come out of a co-operative government into this rough-and-tumble. She had a question in the House yesterday, or two days ago, that planked. I really hope she never gets anything hot."

A spokesman for Stephen Harper said late Monday the prime minister has confidence in Raitt and Aglukkaq.

MacDonnell went to court to block the newspaper from publishing the conversation. Justice Gerald Moir of the Nova Scotia Supreme Court dismissed MacDonnell’s application and spoke about what is in the recording.

"… Raitt and Ms. MacDonnell discuss in a critical manner the political skills of the federal health minister, the honourable Leona Aglukkaq, on the handling of the medical isotope issue. She (Raitt) also discussed her desire to receive credit for dealing with the medical isotope issue and expresses the view it is a sexy issue," he said in his judgment.

In court, Michelle Awad, MacDonnell’s lawyer, said the conversation was private and was accidentally taped while the recorder was in MacDonnell’s bag. But Moir ruled the recording should be public.

The judge said the minister’s statement on the medical isotopes is important for the public to know and outweighs any potential harm to MacDonnell’s reputation.

In court documents, reporter Stephen Maher says he let Mac Donnell know he had the device — which was found in a press gallery washroom — but she never picked it up at his office on Parliament Hill.

It wasn’t until June 4 that the reporter listened to the tape, a day after MacDonnell resigned over a gaffe involving sensitive documents left at an Ottawa TV station. 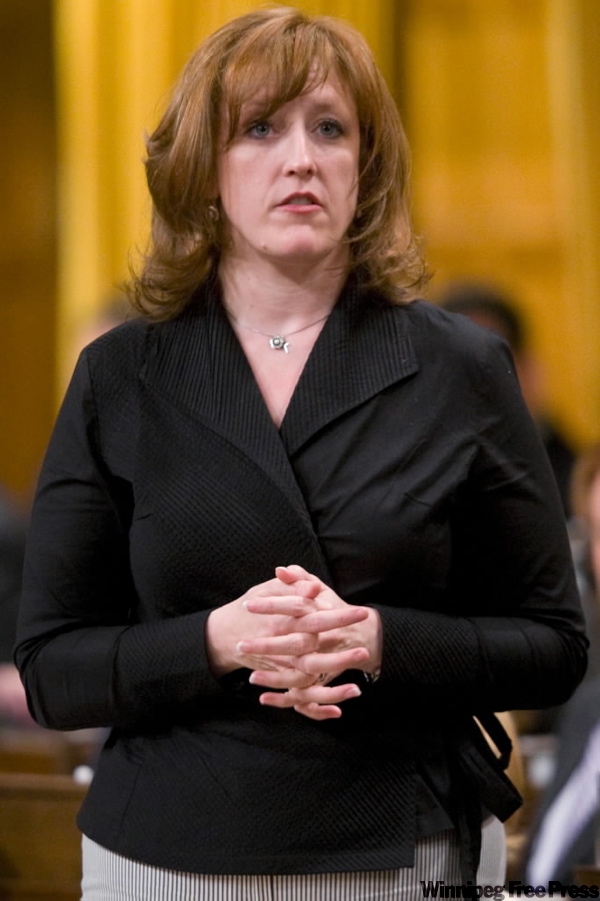