MONTREAL -- The Canadian army isn't the only military force that doesn't do cleanup.

MONTREAL — The Canadian army isn’t the only military force that doesn’t do cleanup.

Local mayors and residents in flood-stricken areas near Montreal have been trying to get soldiers to stick around and help once waters eventually subside.

But they need only look south of the border to see they’re not alone: The Vermont National Guard, which comes under the control of the state governor, is not allowed to help out on private property, either.

“That’s why people have insurance,” he told The Canadian Press on Friday.

Goodrow says the National Guard is not allowed to provide any services that compete with the private sector.

“If you and I in the military are going around cleaning up people’s basements, we are taking jobs away from companies that do that and that’s a violation of federal law,” he said in an interview from Camp Johnson in Colchester, Vt.

“We don’t go taking trees off roofs, we don’t pump out people’s basements and, as much as we would love to, it’s not within our abilities under the law.”

Prime Minister Stephen Harper’s government recently refused a request to have the Canadian Forces help with the cleanup once flood waters return to normal levels in Quebec.

A letter from Public Safety Minister Vic Toews suggested that placing sandbags might be part of the military’s role — but removing them isn’t part of the job description.

In the letter, addressed to Quebec’s public security minister, Toews wrote that the province’s cleanup request was inappropriate.

“Furthermore, the services you’re asking for — if they were authorized — would place the Canadian Forces in competition with the private sector, at the local or provincial level, which could perform this type of repair work,” he wrote.

The Vermont National Guard, which was called out after the governor declared a state of emergency on May 5, has been hard at work helping with major flooding, which has affected more than 500 households.

Woodrow says members of the Guard can’t even place sandbags around a flooded home. “Our roles as a state-activated National Guard are to save lives, evacuation and rescue, preserve or restore civil order, maintain or re-establish communications and ensure the operations of government,” he said.

Woodrow adds if there’s an imminent threat to loss of life — “if that person is going to die if I don’t help him” — then the guard can step onto private property.

What to do with all those sandbags 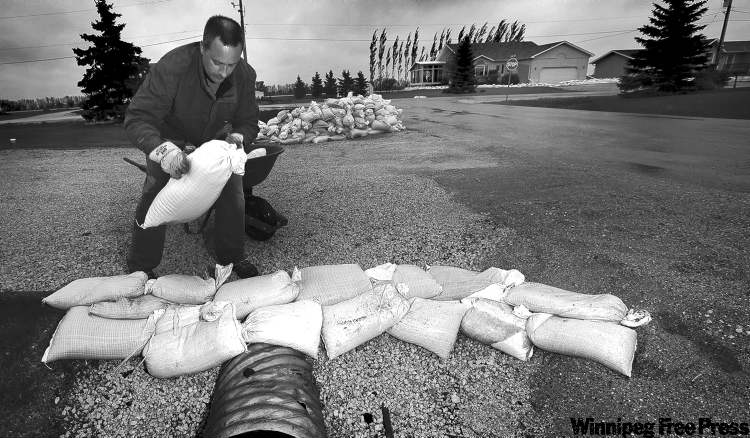