OTTAWA -- Forty-five years and seven days after his father, Pierre Elliott Trudeau, was ushered in as Liberal leader, Justin Trudeau is expected Sunday to follow in his old man's footsteps.

OTTAWA — Forty-five years and seven days after his father, Pierre Elliott Trudeau, was ushered in as Liberal leader, Justin Trudeau is expected Sunday to follow in his old man’s footsteps.

Both races culminated in Ottawa in early April. But that is where the similarities end. Pierre Trudeau fought to win when the party was already in government. He was selected at a delegated convention in a large arena where 12,000 Canadians flocked to the city to cast their votes.

There were nine candidates on the ballot in 1968 — seven of them sitting cabinet ministers — and it took four ballots to determine the winner.

Pierre Trudeau, who had only been an MP for three years and a cabinet minister for one, wasn’t the front-runner to start. But the end saw the start of Trudeaumania, which would lead the Liberals to a majority government within six months.

There will be no real drama Sunday. About 1,000 Liberals will be on hand in a hotel ballroom to watch the winner be announced after a week of Internet voting. Instead of choosing delegates from each riding, every party member or supporter can vote — and more than 127,000 people are registered to do so.

Of the six candidates remaining on the ballot, only two are sitting MPs, and just one has ever been in cabinet.

And from day one, the contest has been Justin Trudeau’s to win.

When Pierre Elliott Trudeau won, he walked into the job as prime minister of a minority government, and Canadians knew he would push for things such as official bilingualism and keeping Canada united.

Justin Trudeau, should he win today, will take over the helm of a party at its lowest point in history, sitting in third place in the House of Commons. And he will do it with most of the country thinking he is inexperienced, riding his father’s coattails and without much in the way of policies to define the kind of government he will run.

So are the dozens of standing-room-only Justin leadership events a true sign the Liberals are back and Justin will carry on the Trudeau tradition in Canadian politics?

Or, despite all those polls suggesting a Justin-Trudeau-led-Liberal party would sweep to a majority government, will party hopes fizzle and die amid an onslaught of partisan attacks?

Stephen Clarkson, a professor of political economy at the University of Toronto and co-author of the award-winning biography Trudeau and Our Times, said there is “not very much” the same about father and son beyond the name.

“Neither intellect nor experience nor training,” he said. “Maybe ambition.”

On the one hand, you have a banister-sliding, pirouetting, celebrity-dating bachelor in Pierre Elliott Trudeau, Canada’s answer to the charismatic and photogenic John F. Kennedy. A successful Montreal lawyer and justice minister who helped battle separatism in Quebec and drew Canadians to politics in droves, Trudeau the elder was unconventional and often delivered the unexpected.

Then you have Justin, a young, married father of two who grew up with a silver spoon and seemed destined for a career in politics by virtue of his pedigree alone. He is a teacher by trade, spent several years working for non-profits and has been a backbench Liberal MP with low-profile critic roles since 2008. He is also facing an electorate that is about as engaged in politics as Lance Armstrong is in playing by the rules, and he has had to prove, every step of the way, that he isn’t simply a brainless kid with good hair and an engaging smile.

On the campaign trail thus far, Justin has done little to dispel the notion that the head on his shoulders is not brimming with political smarts, Clarkson said.

“He’s not policy-heavy, he’s a nice guy. He’s got something people like and that has very little to do with policy.”

Darrell Bricker, CEO of Ipsos Global Public Affairs, said Trudeau hasn’t delivered much on policy likely because he hasn’t had to. As the front-runner right from the start, he didn’t need policy to win people over, and Canadians’ view of him as inexperienced and light on policy is in some ways keeping expectations down.

“Nobody expects miracles from him,” said Bricker.

But they are somehow drawn to him, filling his campaign events and donating money at levels the Liberals haven’t seen since Prime Minister Jean Chrétien changed the fundraising rules nearly a decade ago.

Bricker half-jokingly referred to Justin Trudeau as a “national Rorschach test. Every person reads into him what they want to see.”

And he is also impossible to dismiss.

“He’s piqued the national interest, which is unusual for a third-place party,” said Bricker.

Greg MacEachern, a former Liberal staffer and now vice-president of government relations at Environics Communications, said one of the main things not to dismiss about Trudeau the younger is his ability to bring in money. The Liberals, noted MacEachern, have never figured out how to raise money within the new rules the way the Conservatives have — except for Justin Trudeau.

He raised more than $1 million in just four months, almost twice the total amount raised by all his leadership opponents combined. More than half his donations are $50 or less, suggesting he has figured out the Tory scheme to bring in lots of small donations from a large number of people.

“In politics there is a saying that money follows success,” said MacEachern.

Trudeau also has proven to be good at the ground game, going riding to riding, including to enemy territory in Alberta, shaking every hand he could, and showing that while his campaign is grasping the social-media political game better than most, he’s not ignoring the fact that Canadian elections are still won on the ground.

And MacEachern said Justin has also shown he isn’t afraid of hard work. He took on a nomination battle in Papineau in Montreal in 2008 and defied the odds by winning the seat back from the Bloc Québécois at a time when Liberals everywhere were dropping like flies. In early 2012, when he chose to go up against the stronger and more experienced boxer in Sen. Patrick Brazeau in a charity boxing match, he knocked Brazeau out in the third round.

But transferring all the excitement into votes and a government-winning strategy won’t happen overnight.

Trudeau has more than two years before the next election, time in which the airwaves will be crowded with nasty personal attacks the likes of which have easily felled the last two Liberal leaders — Stéphane Dion and Michael Ignatieff.

He has yet to prove his mettle in the House of Commons, and while thousands of young people have flocked to volunteer for his campaign, Bricker notes, the youth vote is the toughest one to get out on election day.

“If you’re looking for that army to show up, you’re going to be waiting a long time,” he said.

A recent Ipsos poll found more than two-thirds of Canadians don’t think Trudeau has proven himself, and half don’t know what he stands for.

But Canadians also don’t seem to care, Bricker said. The same poll found a Trudeau-led Liberal party would have a one-point lead over the Conservatives, and more felt Trudeau would make a better prime minister than current Prime Minister Stephen Harper.

All that said, there isn’t an election being held today.

Can Justin Trudeau turn the excitement around him into Trudeaumania 2.0? It remains to be seen, said Bricker, but nobody should dismiss the fact that with Trudeau in play, the Liberals are already back in the game, a place they weren’t close to even six months ago.

“If there was an election held tomorrow, he’d have a huge gust of wind behind him but the reality here is there are three years to go,” said Bricker. “But he’s got them in the field.” 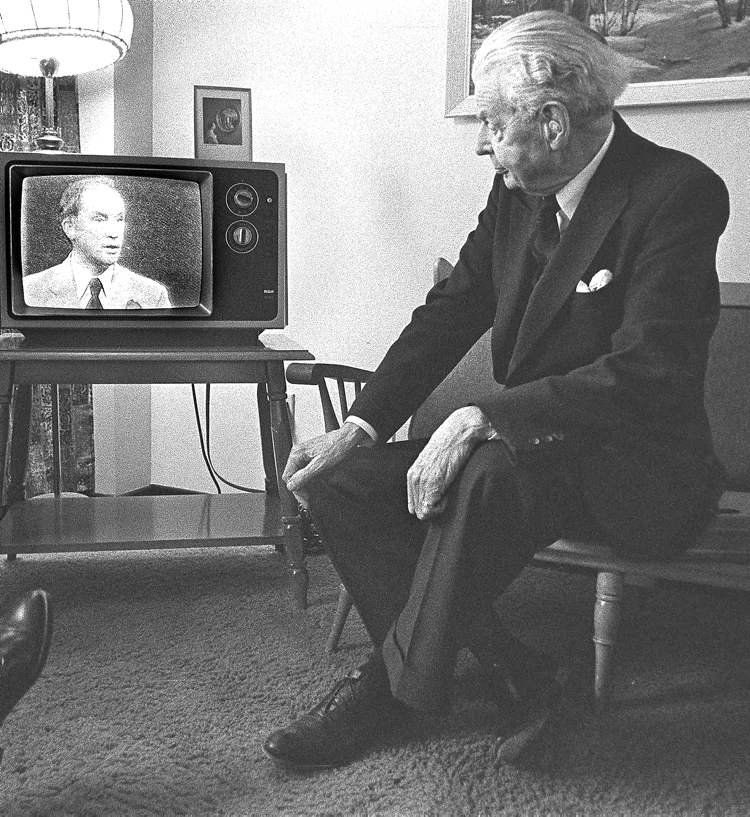