LAS VEGAS, Nev. - With searing temperatures closing in on a brow-soaking 45 degrees Celsius outside, NHL commissioner Gary Bettman strode to the podium in the ballroom of a swanky, climate-controlled hotel and casino to deliver the news everyone was expecting.

LAS VEGAS, Nev. – With searing temperatures closing in on a brow-soaking 45 degrees Celsius outside, NHL commissioner Gary Bettman strode to the podium in the ballroom of a swanky, climate-controlled hotel and casino to deliver the news everyone was expecting.

The league is going all in on Las Vegas.

Bettman said the NHL board of governors unanimously accepted an expansion bid from Sin City on Wednesday, with the new team set to begin play in the 2017-18 season.

“We think this is a tremendously exciting opportunity, not just for Las Vegas, but for the league,” Bettman told a packed news conference. “This expansion comes at a time when our game is more competitive than ever, ownership is stronger than ever, the player base is more talented than ever and the business, and the future opportunities for the business, are greater than ever.”

Back then, Minnesota and Columbus paid $80 million each to join the league.

“Well Las Vegas, we did it. It wasn’t easy, was it?” Foley said with a smile to open his remarks. “Our great sports town now has a major league franchise — the NHL. It’s the best of the leagues, it’s a legendary league.

The board of governors also decided to defer Quebec City’s bid, despite the city having a brand new arena as part of its application to become the NHL’s 31st franchise. Bettman said the fluctuation of the Canadian dollar and the league’s geographical imbalance — there are currently 16 teams in the Eastern Conference compared to 14 in the West — worked against Quebec City.

Quebecor CEO Pierre Dion said he was disappointed with the decision, but made it clear the media company will continue working to bring back NHL hockey.

“The expansion process conducted over the last year gave us an excellent opportunity to present our business plan and promote Quebec City as a city that can support an NHL franchise,” said Dion. “Bringing the Nordiques back to Quebec City remains a priority for Quebecor.”

As expected, the Las Vegas franchise will play in the Western Conference, with no other changes to the league’s alignment.

The team will begin to build its roster with an expansion draft in June 2017 ahead of its inaugural campaign. Las Vegas will pick one player form each of the other 30 clubs, and those players must include 14 forwards, nine defencemen and three goaltenders.

“We wanted to ensure that the new team had better access to players than any of its expansion predecessors,” said Bettman.

The league also said Las Vegas will be given the same odds in the 2017 draft lottery as the team finishing with the third-fewest points during the 2016-17 season.

Vegas officials have secured more than 14,000 season-ticket deposits for the new team, which will play in T-Mobile Arena, a new multipurpose facility on the Las Vegas Strip. The arena, which seats 17,500 for hockey, was built entirely with private money by MGM Resorts International and Anschutz Entertainment Group, the owners of the Los Angeles Kings.

“The Las Vegas market was intriguing,” said Bettman. “The worldwide recognition that this city has, the fact that it spotlights entertainment, excitement and fun that is perhaps unique in the world, we viewed as an opportunity.

“I cannot overstate the importance that the season ticket drive had. The success that it had really got everybody’s attention.”

When the focus shifted to gambling, Bettman said that while the NHL can’t control what bets are offered by casinos and bookmakers, it will try to curb the practice around the arena.

“We don’t worry about the integrity of our game. I’m more worried about the atmosphere in the (building),” said Bettman. “While we know gambling is part of industry in Las Vegas, we’re not going to make it all that easy for you to pick up a gambling ticket on the way into the arena.”

The Las Vegas area had nearly 2.2 million people in the 2010 census, making it the largest population centre in the U.S. without a major pro sports franchise.

“The first in the market, you do have a leg up,” said NHL deputy commissioner Bill Daly. “It does provide an advantage. I think you can create a connection with the community that can be long-lasting and be important.”

Located in the Mojave Desert, Las Vegas has has grown as a hockey town. The IHL’s Las Vegas Thunder attracted large crowds in the 1990s when they played at the Thomas and Mack Center, and the ECHL’s Las Vegas Wranglers took the Thunder’s place until 2014 while playing at the Orleans Arena.

Foley hasn’t said what he will call his new team, but the bid is run by a company named Black Knight Sports and Entertainment, the same name as his financial services company.

“We’re going to defer the team name for the time being. We’re going to go to the league,” said Foley. “We have several alternatives and several different ideas. I love ‘Black Knights.’ I’m an Army guy, but maybe that’s not the right name for this team at this time.”

Jets will pay a price for collecting chips in Vegas 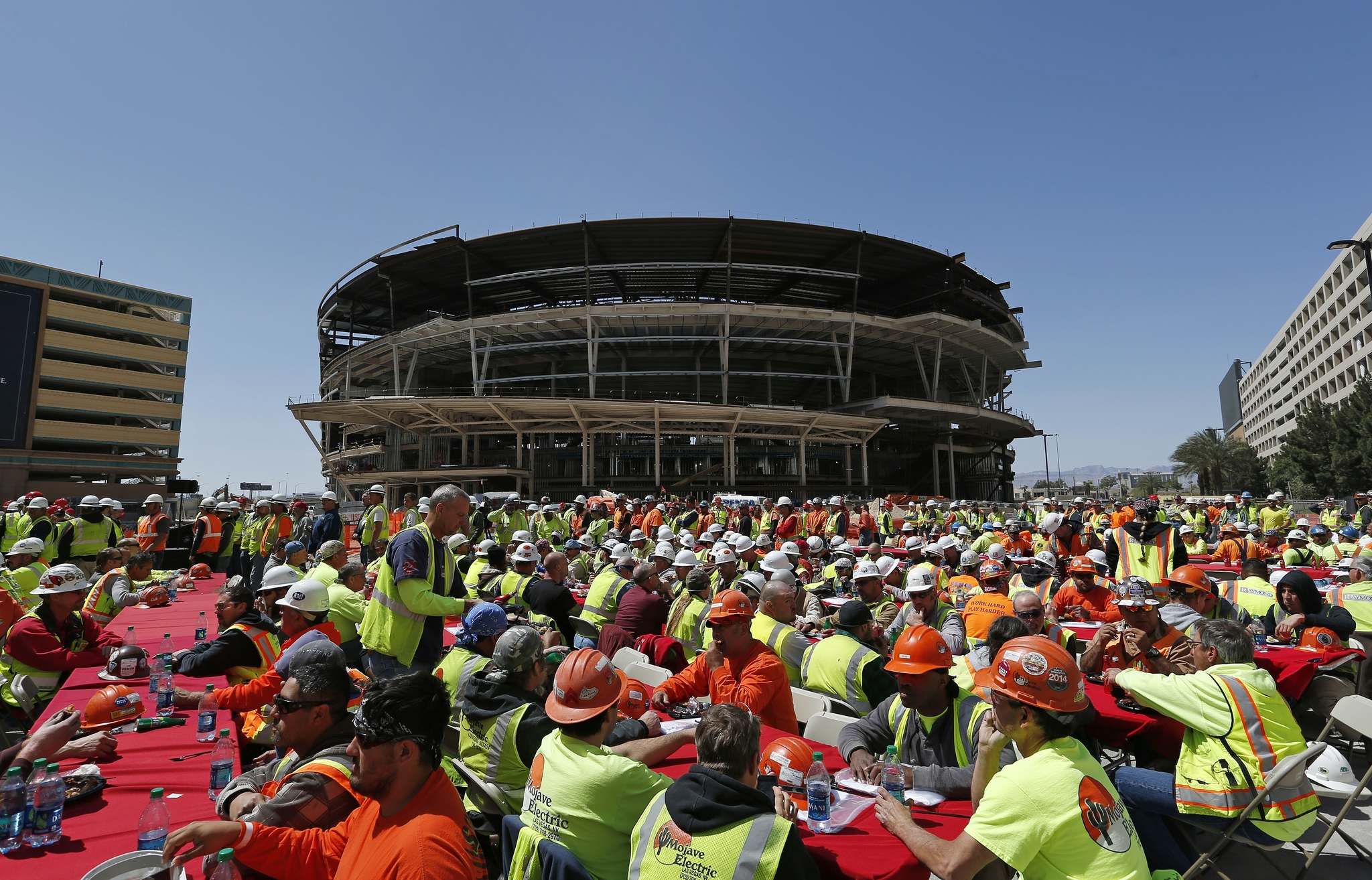