The national inquiry into missing and murdered Indigenous women was unequivocal in its assessment: "This is genocide."

The national inquiry into missing and murdered Indigenous women was unequivocal in its assessment: “This is genocide.”

Chief commissioner Marion Buller was greeted by cheers when she spoke these words Monday before hundreds of people gathered at the Canadian Museum of History in Gatineau, Que., for the release of the inquiry’s long-anticipated report.

Her declaration echoed the inquiry’s full-throated conclusion that systemic violence against Indigenous women and girls amounts to a “Canadian genocide” in breach of the country’s obligations under international law.

The report’s diagnosis reignited a familiar debate over whether Canada’s treatment of Indigenous Peoples constitutes genocide.

Here’s a look at genocide’s definition, how it applies to the inquiry’s findings, and why its invocation is controversial to some:

Legal scholar Raphael Lemkin coined the word “genocide” — a hybrid of the Greek root “genos” (race or people) and the Latin suffix “cide” (to kill) — in a 1944 book looking at the mass murder carried out by Nazis during the Second World War, as well as the historical precedents for targeted destruction of particular groups of people.

Genocide was recognized as a crime under international law in the 1948 United Nations Convention on Genocide, which defined it as “acts committed with intent to destroy, in whole or in part, a national, ethnical, racial or religious group.” These include killing or causing serious bodily or mental harm to group members; imposing measures to prevent births or forcibly transferring children to another group; and forcing conditions on the group calculated to bring about its physical destruction in whole or in part.

Since its adoption, the UN treaty has faced criticism from groups who argue its conception of genocide is too restrictive.

Canada’s Crimes Against Humanity and War Crimes Act, passed in 2000, offers a broader definition, saying genocide can encompass not only acts of commission, but “omission” as well.

What were the inquiry’s findings on genocide?

In their report, the inquiry’s commissioners argue that through its actions and omissions, Canada has been — and continues to be — complicit in a “genocide” against Indigenous women and girls.

The report uses the term dozens of times, starting in the first paragraph of its preface, in which Buller writes: “This report is about deliberate race-, identity- and gender-based genocide.”

Buller, a former B.C. judge, goes on to defend her and fellow commissioners’ “harsh words,” as necessary to address “hard truths” like genocide.

The report points to examples of harms suffered by Indigenous women, LGBTQ and two-spirited people at the hands of Canadian authorities, including the failure to protect them from exploitation, trafficking and killers; deaths in police custody; physical, sexual, and mental abuse in state institutions; the removal of children; forced relocations; the lack of funding for social services and coerced sterilizations.

What are the legal implications?

The inquiry report offers a supplementary legal analysis outlining its case that Canada should be held accountable for its genocidal acts under international law, while acknowledging that a formal determination of liability can only be made by judicial bodies.

The report argued that the debate around “cultural genocide” versus “real” genocide is misleading.

It makes a distinction between “colonial genocide” and the “Holocaust prototype,” arguing that the former often goes unrecognized because it consists of a “slow death” carried out over centuries of policies, actions and omissions that cumulatively reflect an intention to destroy Indigenous Peoples.

“The insidious and gradual nature of the obliteration of Indigenous Peoples, and the lack of a uniform national policy spearheaded by a totalitarian mastermind, differentiate colonial genocide from our traditional understanding of what constitutes a genocide,” the report says.

“These distinguishing factors have, unfortunately, allowed the Canadian consciousness to dismiss Canada’s colonial policies as racist and misconceived, rather than acknowledge them as explicitly genocidal and, even, ongoing.”

What was Ottawa’s reaction to the inquiry’s characterization of “Canadian genocide”?

As he accepted the report Monday, Prime Minister Justin Trudeau stopped short of calling the disappearances and deaths of Indigenous women and girls in Canada a genocide — despite being called upon to do so.

Instead, Trudeau said violence against Indigenous women and girls is “not a relic of Canada’s past,” but part of its present, and the justice system has failed them.

Justice Minister David Lametti said the federal government will leave the discussion of the term “genocide” to academics and experts, adding Ottawa has a responsibility to the families and survivors to fix the problem.

How about the reaction elsewhere?

Quebec Premier Francois Legault bristled at the inquiry’s use of the term “genocide,” while insisting he wanted to focus on the issues rather than quibbling over word choice.

“Many cases of women and girls who were abused, who disappeared, who didn’t get the help they should have. I don’t want to debate over words, it’s very serious, we have to act, and we have to act quickly.”

Norman Spector, who served as former prime minister Brian Mulroney’s chief of staff, was among the political figures and commentators who were blasted online for mocking the inquiry’s use of the term.

Former Conservative Aboriginal Affairs minister Bernard Valcourt was criticized after tweeting that no one was served by the “thunderous silly conclusion” that “all we wanted” was to kill Indigenous Peoples.

But many Indigenous activists defended the inquiry’s invocation of genocide. Mi’kmaq lawyer Pamela Palmater, chair of Indigenous Governance at Ryerson University, said it would be a “rare moment of truth, responsibility, accountable and humanity” for a state perpetrator of genocide to own up to its crimes.

Regina Police Chief Evan Bray also welcomed the inquiry’s assessment, acknowledging that his own force, along with police services across Canada, have played a role in where we are today.

“We have to recognize that the challenges, the problems, the deficiencies that have occurred in Canadian history have absolutely resulted in a loss of culture, in a loss of identity,” Bray told reporters.

“So if you look at the definition of genocide, it can be interpreted many different ways, but I would say yes it fits into that, there’s no question about that.” 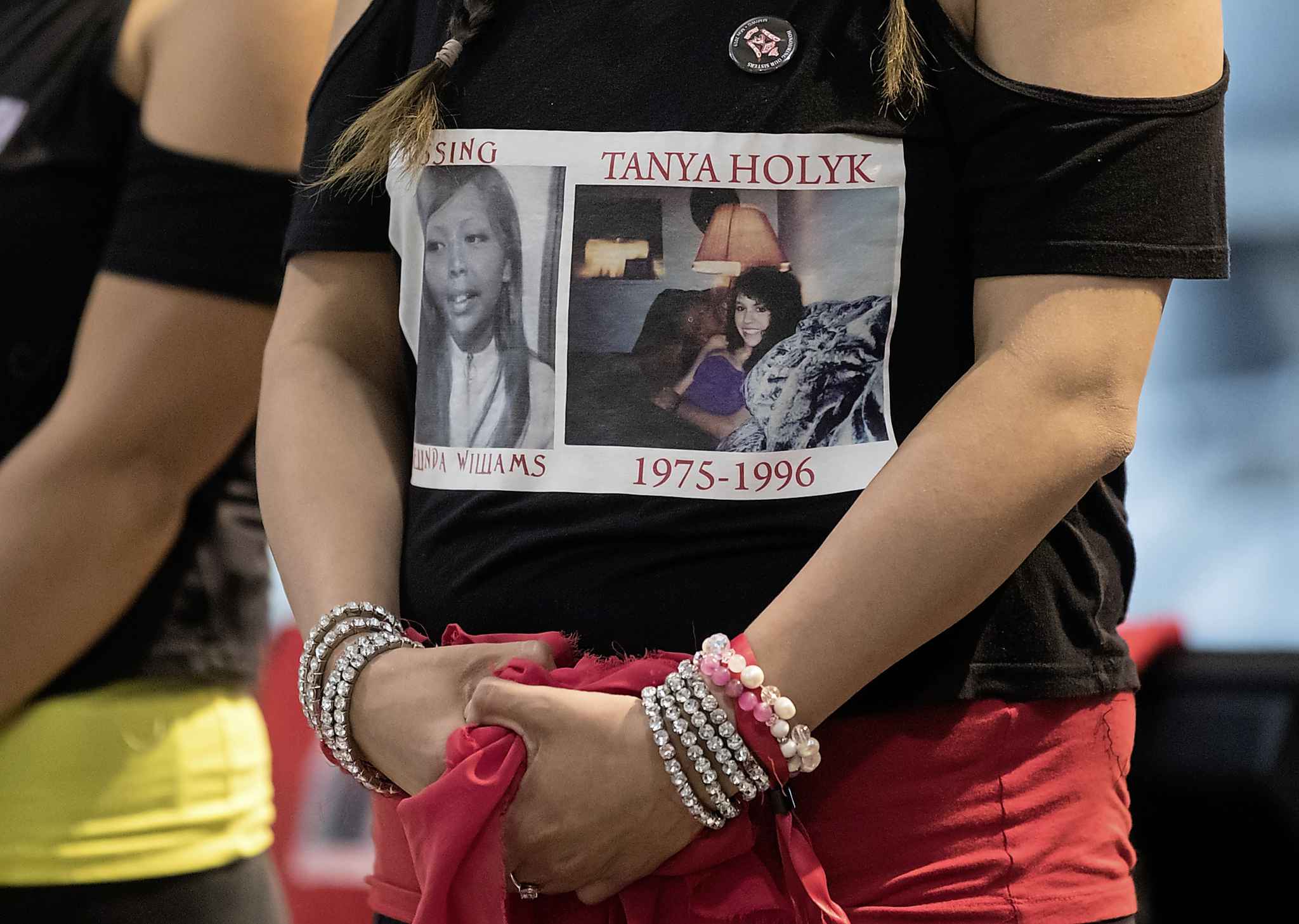 Genocide by any other name... 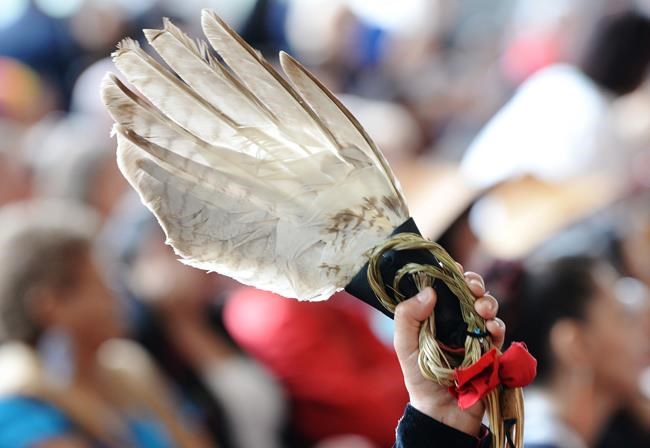