The latest on the Ukrainian plane crash that killed 176 people, including at least 63 Canadians, in Iran:

The latest on the Ukrainian plane crash that killed 176 people, including at least 63 Canadians, in Iran:

A family member says Firouzeh Madani and Naser Pourshaban, a North Vancouver couple in their mid-50s, were on the flight. Their niece Sara Hezarkhani said they were award-winning physicians in Iran and were working towards getting their licences to practise in Canada.

Dadashnejad was originally booked for a round trip on Lufthansa Airlines, departing Vancouver on Dec. 17 and returning on Jan. 7, but her passport was stuck in Ottawa as part of her student visa renewal application, he said.

Transport Minister Marc Garneau says it’s too early to say what caused a plane to crash in Iran, killing all 176 aboard, including 138 who were ultimately headed to Canada.

But Garneau says it’s clear that something “very unusual” happened.

He says the pilot lost communication with controllers shortly after a normal takeoff.

He’s urging against speculation until an investigation reveals more.

Prime Minister Justin Trudeau says 138 people aboard a flight that crashed in Tehran were ultimately travelling to Canada.

He says 176 people died in the tragedy, at least 63 of them Canadian citizens.

Trudeau says there were 138 empty seats on a plane that landed in Toronto this afternoon.

They were supposed to be filled by people aboard the downed flight who were set to connect in Kyiv.

Concordia University says two of its alumni died on the plane that crashed in Iran.

The Montreal school says it’s mourning Siavash Ghafouri-Azar and Sara Mamani, who were aboard the plane.

A close friend, says the pair were married in Iran about a week ago.

The University of Windsor says at least five students and researchers are on the manifest list the plane that crashed on the outskirts of Tehran, killing all 176 people aboard.

The school says it’s heartbroken by the loss but didn’t give further details about the victims.

Meantime, York University in Toronto says one of its students was also killed in the crash, noting that it won’t publicly identify that person.

The University of Toronto says “several” of its students are among the 176 dead in the plane crash in Iran.

It did not provide details about how many of its students died.

It says all three of U of T’s campuses will fly their flags at half-mast as the university mourns.

The University of Guelph now says it does not have confirmation that a student’s partner was on the plane that crashed in Iran.

The school was walking back an earlier statement suggesting a PhD student was on board with her partner.

It says two PhD students died in the crash that killed all 176 on board the flight bound for Ukraine.

Carleton University says a PhD student and an alumnus of the school are among the dead in the Tehran-area plane crash.

A family member confirms he was just married in Iran on Sunday and was on his way back to Canada to continue his studies.

Carleton says alumnus Mansour Pourjam is also among those killed.

One of Canada’s largest banks confirmed one of its employees died in the Iranian crash alongside two other members of her family.

CIBC says Evin Arsalan, her husband Hiva and her child all died in the crash.

A list of passengers on board the flight show a passenger named Hiva Molani accompanied by a one-year-old listed as Kurdia Molani. A Facebook page for Evin Arsalani shows she is married to Hiva Molani.

The Iranian military is disputing any suggestion that the Ukrainian airliner that crashed on the outskirts of Tehran was brought down by a missile.

Meantime, a spokesman for Iran’s Road and Transportation Ministry says the pilot lost control after fire erupted in one of the plane’s engines.

He didn’t explain how he was able to confirm that information.

A dental office in Aurora, Ont., says one of its dentists and her daughter died in the plane crash in Iran.

E & E Dentistry says Parisa Eghbalian was travelling with her daughter Reera Esmaeilion when the plane went down early Wednesday morning local time, killing all 176 aboard.

The company says Eghbalian’s husband Hamed Esmaeilion also works there, but was not travelling with his wife and child.

The company website says Eghbalian first immigrated to Canada in 2010 and lived with her husband and daughter in Richmond Hill, Ont.

The University of Alberta says “several” of its students died in the Tehran-area plane crash that claimed 176 lives.

University president and vice-chancellor David Turpin did not confirm how many students are among the dead.

But he says in a statement their deaths are a devastating loss for the school’s interconnected community.

Foreign Affairs Minister Francois-Philippe Champagne says that while preliminary reports suggest 63 Canadians were killed in the plane crash in Iran, the number may change as they learn about dual citizens.

He describes the situation as “extremely fluid.”

Champagne is urging those whose loved ones may have been aboard the flight to get in touch with Global Affairs.

The union representing Ontario’s high school teachers says one of its employees was on a plane crashed near Iran’s capital, killing all 176 people aboard.

The Ontario Secondary School Teachers’ Federation says Alina Tarbhai worked at the union’s provincial office in Toronto, but offered no other details about what took her to Iran.

The union says she was respected and well-liked by all.

Western University says four of its students are among the 176 people dead in a plane crash near Tehran.

The university in London, Ont., says three of the victims were graduate students, while the other was an incoming grad student.

Meantime, the York Region District School Board near Toronto says it’s aware of multiple students who died in the crash, but did not provide further details.

The mayor of Edmonton says numerous city residents were among those killed in a plane crash near Tehran this morning.

Don Iveson says he’s devastated by news of the crash, which claimed the lives of 176 people, including 63 Canadians.

He says the City of Edmonton is in mourning.

The University of Guelph in southern Ontario says two PhD students, as well as the partner of one of the students, were among the 176 who died in a plane crash near the Iranian capital of Tehran.

The two students were studying in the departments of geography and marketing.

The University of Waterloo also says two PhD students’ names were on a list of passengers provided by the airline, but did not confirm whether they made it onto the plane.

Federal Conservative Leader Andrew Scheer has released a statement on the plane crash that claimed the lives of 176 people in Tehran, including 63 Canadians.

Scheer says it’s a sad day for Canada, and his thoughts are with the families and friends of the victims.

Some of those killed on the Ukrainian International Airlines plane were university students headed to Canada for their studies.

Prime Minister Justin Trudeau is offering his condolences to those who lost their loved ones in a plane crash near Tehran that claimed the lives of 176 people, including 63 Canadians.

He says Canada joins with the other countries grieving, and will ensure that the crash is properly investigated.

The Kyiv-bound plane crashed minutes after takeoff at Tehran’s airport on Wednesday morning.

Transport Minister Marc Garneau says Canada has offered to help investigate a plane crash in Iran that killed 176 people aboard, including 63 Canadians.

He says Canada is offering technical assistance to the upcoming crash investigation.

Ukrainian authorities have also offered to help probe what happened to the Kyiv-bound plane.

NDP Leader Jagmeet Singh is sending his love to the friends and families of the 176 people killed in a plane crash in Iran, including 63 Canadians.

He says the victims’ loved ones deserve clear answers about what caused the crash.

The plane went down just minutes after taking off from Tehran’s airport on Wednesday morning.

Ukrainian International Airlines has released a list of the passengers on a plane that crashed in Iran, killing all 176 people aboard.

The list includes years of birth, but not nationalities.

Canadian Foreign Minister Francois-Philippe Champagne has tweeted about the deadly plane crash in Iran, which killed 176 people, including 63 Canadians.

“Our hearts are with the loved ones of the victims, including many Canadians,” he wrote.

“I have been in touch with the government of Ukraine. We will continue to keep Canadians informed as the situation evolves.”

Boeing has issued a statement expressing sympathy for the casualties of a plane crash in Tehran and their families, calling it a “tragic event.”

Iranian officials have said they suspect a mechanical issue brought down the 3 1/2-year-old Boeing 737-800 aircraft.

“We are in contact with our airline customer and stand by them in this difficult time,” Boeing said. “We are ready to assist in any way needed.

Global Affairs Canada is warning against any non-essential travel to Iran “due to the volatile security situation, the regional threat of terrorism and the risk of arbitrary detention.”

The agency said Canadians, particularly those holding dual Canadian-Iranian citizenship, were at risk of being arbitrarily questioned, arrested and detained.

“Iran does not recognize dual nationality and Canada will not be granted consular access to dual Canadian-Iranian citizens,” Global Affairs said. “Canadian-Iranian dual citizens should carefully consider the risks of travelling to Iran.”

A Ukrainian official confirms 63 Canadians are among those killed in a plane crash near the Iranian capital of Tehran.

Ukraine International Airlines officials say most of the passengers were transiting through Kyiv to other destinations.

Note to readers: This is a corrected story. An earlier version said 66 Canadians were killed in the crash. 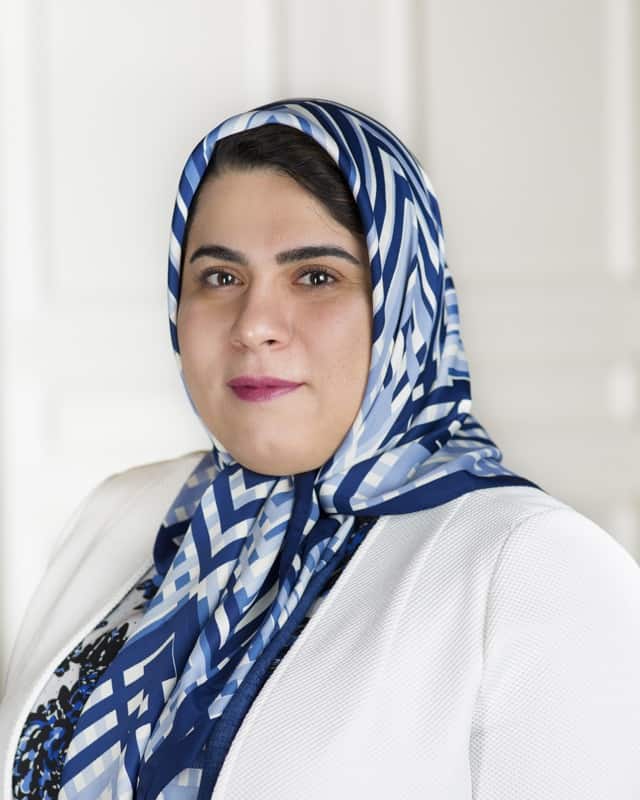 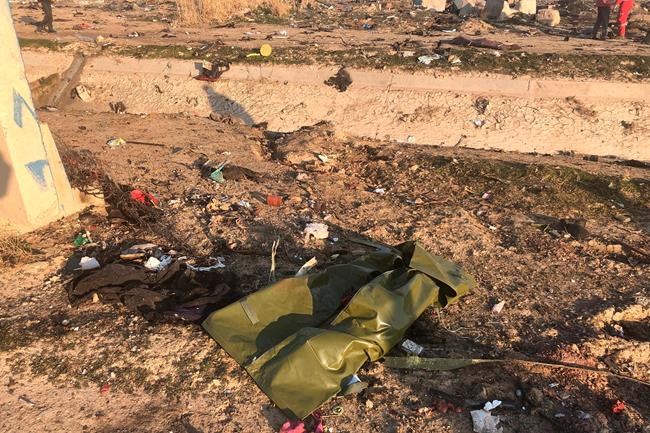