OTTAWA - Russian attempts to sell false narratives in the West about the invasion of Ukraine are failing, say a Canadian general and senior NATO and European officials.

OTTAWA – Russian attempts to sell false narratives in the West about the invasion of Ukraine are failing, say a Canadian general and senior NATO and European officials.

At a security conference in Ottawa, they said misinformation campaigns by the Kremlin are being successfully thwarted and countered in both Europe and North America.

But they warn Russian President Vladimir Putin is stirring up dissent in Africa and the developing world by blaming Western sanctions for food shortages resulting from the Russian invasion and the blockade of Ukraine’s ports.

Putin’s strategy is trying to increase Russia’s sphere of influence not just in Ukraine but in Africa and the developing world by sowing dissent and “weaponizing everything” including food, the conference heard.

Lt.-Gen. Giovanni Manione, deputy director general of the EU Military Staff, said on top of the four riders of the apocalypse — conquest, war, famine and death — there was a fifth rider in this conflict: disinformation.

“How many countries will fall to Russia without shooting a single shot in Africa and Asia?” he asked, adding that disinformation was difficult to counter.

The conference heard that in Russia a majority believe Putin’s spin about its action in Ukraine, but that the same narratives were not penetrating in the West.

Outside Russia, the EU, Canada, NATO and Ukraine are successfully shooting down false Kremlin narratives, including that food shortages are caused by the West, the conference heard.

“The Russians are so cocooned by the propaganda, they will never listen to us,” Manione warned.

The European Security and Defence Symposium in Ottawa was attended by Canadian military leaders and defence officials, as well as senior figures from NATO, the EU and Ukraine and European ambassadors to Canada.

Jay Janzen, communications director for NATO’s Allied Command Operations, said Russia has experienced “catastrophic failure” since the invasion of Ukraine, including with its misinformation campaigns and was not “10 feet tall.”

Maj.-Gen. Michael Wright, commander of the Canadian Forces Intelligence Command, said the U.K., U.S. and Canada have successfully countered disinformation from Russia since the beginning of the war.

Early on, the U.K. and U.S. had declassified intelligence to show what Russia’s intentions really were. Canada has also taken action to counter false narratives from the Kremlin.

He said the invasion is now “far larger than a European war” and Russia is “now using food products as a weapon and is using the food security concerns as a kind of blackmail to put pressure on poor countries and some African countries.”

The EU and allies’ sanctions had never targeted food supplies for the world, or even fertilizer exports from Russia, and the Russian claims were untrue, he said.

Putin’s belief that the invasion would divide the EU and sap its resolve has backfired, he said.

“Putin wants to divide us and he achieved exactly the opposite,” Fries said. “So it is a total failure.”

Yegor Chernev, a Ukrainian MP and head of Ukraine’s delegation at NATO, warned that “the Russians will continue their false narratives, their fake news” and will try to spread these falsehoods in Canada and Europe.

He also said the allies had to be prepared to deal with Russian “blackmail” with gas and oil.

This report by The Canadian Press was first published June 21, 2022. 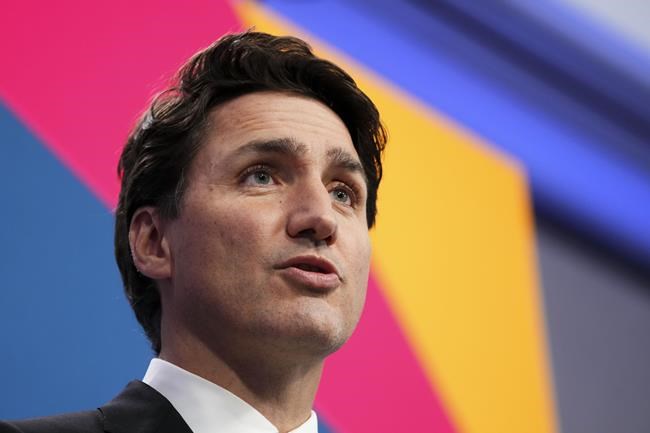