It was an unusual strategy to hold an election-style leaders' debate two weeks before the actual election was called. But the Manitoba Teachers' Society was determined to get out in front of the other third parties and special interests to push the education agenda.

It was an unusual strategy to hold an election-style leaders’ debate two weeks before the actual election was called. But the Manitoba Teachers’ Society was determined to get out in front of the other third parties and special interests to push the education agenda.

It’s an honourable intention, but I’m not sure anyone in attendance believes that happened Wednesday at a downtown Winnipeg hotel. For two hours — minus a few minutes for ad breaks to help radio station CJOB pay its bills — Premier Greg Selinger, Tory Leader Hugh McFadyen and Liberal Leader Jon Gerrard talked the talk about the importance of education, how they need to support teachers and how everyone acknowledges we need to do better on both.

It was perhaps unfair to expect more. It’s unlikely any of the three leaders was going to divulge a major campaign plank now. The writ on this election is expected to be dropped Sept. 6, the Tuesday following the Labour Day long weekend. Revealing major campaign pledges now would give a whole new meaning to the term “peaked early.”

That having been said, this event did provide a graphic reminder of just how snookered education is as a political issue. Yes, it’s important and the province does pour hundreds of millions of dollars each year into the public school system. Millions more if you consider the support to post-secondary institutions. Yet almost no one would claim we are getting the education system we desperately need in these desperate times. Classrooms have too many students. There aren’t enough resources for special needs. Our schools still suffer from a technology gap at a time when technology could open up new horizons in education.

Education is acknowledged by most people who study these issues as a key in reducing expenditures on health and justice. Better-educated young people tend to be healthier and more likely to avoid the siren call of street gangs. They grow up to be healthier and more productive adults, both of which means less draw upon health care and social support systems. We know all this, yet education consistently rates below health care and justice as campaign issues.

You can bet the NDP, Progressive Conservatives and Liberals will promise more money to hire nurses, doctors and police officers. All worthy uses of our tax dollars. But if they have anything in common, it’s that they all generally do their work after the problems have manifested, after we’re sick or in trouble with the law. Prevention may work its way into some of what they do, but it’s not their first responsibility. Educators, on the other hand, are at the forefront of prevention.

This is a gross over-simplification of several incredibly complex issues, but not so much so that it doesn’t point out one of the most egregious blind spots in Canadian public policy. Despite the clear and incontrovertible evidence showing how much better society is when we put a lot of front-end-loaded money into education, we somehow still manage to starve our schools.

Why the lack of respect? Theories vary, but certainly teachers may be, in a very unjust way, the authors of their own misfortune. For reasons not entirely well understood, large tracts of the electorate resent educators. Perhaps it’s the summer break or the increasingly frequent in-service days, but you don’t have to broach the subject of public education too deeply to discover teachers don’t get much respect, and when they do band together to advocate for greater investment in education, it frequently seems to backfire.

This is a political equation that, in its essence, makes absolutely no sense. If we agree education is essential, then surely we could agree the educators are worthy of our respect and support. And if we could all agree on that, wouldn’t we demand our elected representatives invest in an education system that produces greater numbers of educated, healthier citizens? Ah, were it only so.

This is a perfect example of how government can only be as progressive as the voters allow. If voters demonstrated through public opinion polls and by showing up to vote in larger numbers that education was a priority equal to or greater than health care, you’d be darn sure more candidates for public office would be figuring out ways of fixing public education.

But we’re not sending that message. We’d rather ease the suffering of people after they’ve become sick and punish criminals post-crime than prevent either from becoming a reality. 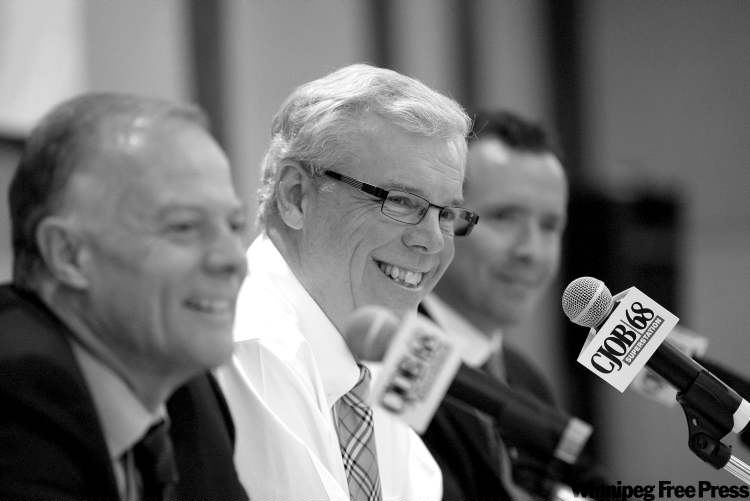