Windows that for decades offered shoppers a glimpse of a massive store in the heart of Winnipeg are now boarded up at the Bay store downtown, creating a grim new look for the entire city block it covers.

Windows that for decades offered shoppers a glimpse of a massive store in the heart of Winnipeg are now boarded up at the Bay store downtown, creating a grim new look for the entire city block it covers.

The 650,000-square-foot store on Portage Avenue closed in November, creating a very visible vacancy in the city’s struggling core.

By Wednesday, all of the large, primary first-floor windows and doors had been covered.

Cindy Tugwell, executive director of Heritage Winnipeg, had one word for it: “terrible.”

While she said the changes are likely meant to protect the structure, she’s concerned the boarded-up windows may create the impression the once-bustling store that opened in 1926 is now derelict and unwanted.

“(This) gives heritage buildings a misrepresentation of what they stand for, that they no longer have a use,” Tugwell said.

The Bay has been granted heritage status, which means it can’t be torn down.

For years, the building’s future has been debated, as the Bay gradually reduced its use of the spacious structure from six floors to two before closing.

Redevelopment poses significant financial challenges, since a real estate appraisal estimated the building’s value to be $0 in 2019, partly because it requires millions of dollars in renovations.

Tugwell said she hopes the look can be improved as soon as possible, noting murals have helped improve the aesthetic around other empty buildings in the past.

“Given its location, it’s one of the most focal buildings in the downtown,” said Tugwell.

Mayor Brian Bowman agreed the “substantive” building requires a better look and said he’s asked an advisory committee, which the city created in December to find new uses for the Bay, to look at options to replace the boards.

“I think we can do better, it’s not the best look for that part of our city,” Bowman said.

Dayna Spiring, chairwoman of the city’s advisory committee for the Bay downtown, said she is exploring alternatives to the boarded-up windows.

“It’s very disappointing and I can tell you that I didn’t know it was being boarded up now and, frankly, I’m not happy about it. I’ve reached out to the Bay and we’re going to work as a committee… to try to find other opportunities,” said Spiring.

She believes the boards were meant to prevent broken windows and other damage to the building. Spiring said options to improve the look could include new window displays that feature artists or highlight the Bay’s history.

Any decision would require the Bay’s approval, since it still owns the building.

“We want to… figure out what is acceptable to all parties and see if we can do something better than boarding that up,” said Spiring.

Her committee has not yet produced recommendations to fill the massive structure. Spiring noted the building’s size will play a key role in figuring that out.

“That’s the riddle of redeveloping this Bay building. I think a lot of people don’t appreciate how big it is. Six Costcos could fit into that location. It’s a full city block. So when we go look at what redevelopment looks like… the size of it necessarily kind of defines the options,” she said.

In a brief emailed statement, the Bay spokeswoman Tiffany Bourré confirmed the boards were added “as a standard practice to protect the building as the store is closed.” She did not offer further details. 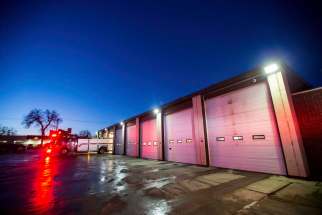 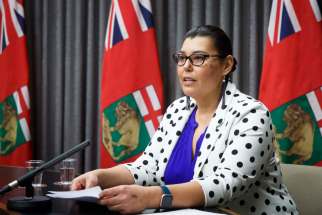 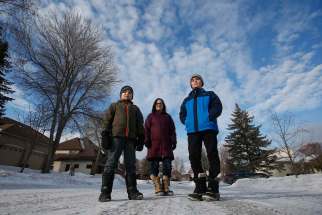 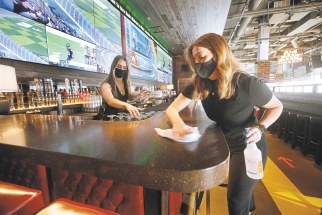 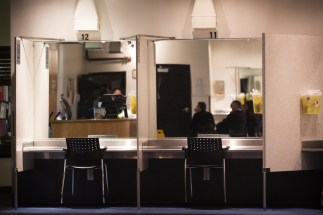 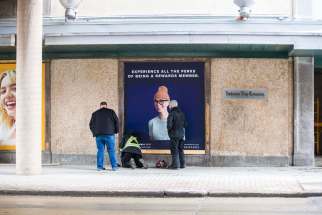 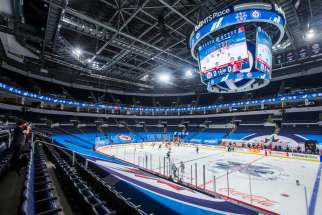 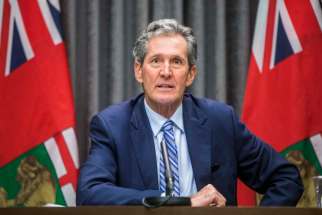