Lots to think about Empty surface-parking facilities — a symptom of the pandemic — could offer city the chance to perform cosmetic surgery on downtown By: Katlyn Streilein Posted: 7:00 PM CDT Monday, May. 16, 2022

It’s the sort of thing the owner of a new pizza franchise or, perhaps, a tax-preparation service tries to grab the attention of passing motorists: someone in a bunny costume handing out coupons.

It’s the sort of thing the owner of a new pizza franchise or, perhaps, a tax-preparation service tries to grab the attention of passing motorists: someone in a bunny costume handing out coupons.

But coupons for a downtown Winnipeg parking lot? If not a first, it was certainly a rarity; so much so that Brent Bellamy posted the photo to Twitter.

The disappearance of downtown office workers since the start of the pandemic has caused a ripple effect for a variety of businesses that were forced to jettison employees or simply call it a day as revenues dried up.

And the business of renting space to park vehicles has not been immune.

The potential silver lining, some argue, is the dwindling use of the lots could spark new development that would make for a more vibrant downtown.

The owner of a local property management company — who chose to remain anonymous to protect the identity of his business partners — said the pandemic caused a near-complete dropoff in the number of people buying space in his six rent-by-the-month surface lots.

His lots were, more or less, vacant by the end of March 2020, owing to the mass exodus of office workers. And not much changed the following year. It wasn’t until 2022 that this property manager saw a marginal increase in usage, but numbers are nowhere near what they once were, he said.

Today, his rentals are at about 30 to 40 per cent of pre-pandemic levels.

A Probe Research survey from March, presented in the Downtown Winnipeg BIZ’s Downtown Counts report, indicates two-thirds of downtown workers said they are either back at work or will be soon. The survey also says many plan to return in the coming months.

Still, only 28 per cent say they are back in the workplace daily.

Bellamy, an expert urbanist, wonders what a hybrid return-to-work model could mean for these lots. If an employee works half of their shifts at home, it may no longer be cost-effective to buy a monthly parking pass.

He hopes the sinking demand for parking will put pressure on lot owners to develop their properties or monetize them some other way.

“I think there hasn’t been an incentive to do that in the past,” he said.

A local property management company sold one of its surface lots during the pandemic. The land had appreciated to the point that the income from selling was equivalent to the money it drew from rentals.

“It made sense for us to sell it; it made sense for the people who bought it to put an apartment building on it,” the company’s manager said, adding that while he doesn’t have plans to sell any more surface lots, he will be keeping an eye on usage changes in the upcoming months.

And he said developers open new lots now only when they service adjacent, newly built buildings. To the contrary, the number of surface lots are declining, albeit at a snail’s pace.

He pointed to a lot at the corner of St. Mary Avenue and Donald Street as one of the most recent to be torn up to make way for new construction.

According to the Downtown Winnipeg BIZ, a building consisting of residential units with main-floor commercial space is set to replace that lot.

Bellamy took an aerial map of the city’s core, including downtown and the Exchange District, and highlighted each surface lot in red. The result shows a tapestry of roughly 150 concrete quadrilaterals in a two-square-kilometre area.

He laughed at the notion that there isn’t enough parking downtown.

“It’s the greatest myth of all time. I don’t know how you could look at a Google Earth image of downtown and think the problem with downtown is that there’s nowhere to park,” he said. “You could invert the buildings and the parking lots — switch them — and it would look the same.”

Downtowns with high numbers of surface lots tend to be less vibrant and less people-focused — an inverse relationship, he said.

Many lots in the downtown area south of Portage Avenue are owned by the provincial or federal government, he said, adding the province, in particular, has an opportunity to set an example for growth in the area.

“Most prosperous downtowns are great places for people, and we’ve designed our downtown to be a great place for vehicles,” Bellamy said. “These open swaths of surface parking that plague our downtown are exactly what’s killing our downtown.”

Complete Communities 2.0 lists establishing a surface-parking licensing program and fees as a high-priority action, with the goal of addressing landscaping and safety issues. When lots must exist, the plan states they should be to the side or rear of a building — or underground, if possible.

“These open swaths of surface parking that plague our downtown are exactly what’s killing our downtown.” – Brent Bellamy

Several of the eight candidates hoping to become Winnipeg’s mayor in the fall municipal election believe changes are in the wind.

Coun. Scott Gillingham recently collaborated on an economic recovery plan that includes incentives for the redevelopment of downtown surface lots. The goal is to give lot owners the financial boost they need to get projects in motion. Owners would be eligible to receive an annual grant equal to 80 per cent of the incremental municipal property taxes to a maximum of 10 years, up to $2 million.

“As part of Winnipeg’s economic recovery, and the future of our city, I really want to see the downtown become a vibrant community of residences,” said the 54-year-old St. James councillor. “Long term, we need more than workers downtown Monday to Friday…. We need more and more people living downtown and calling downtown home.”

Business consultant Jenny Motkaluk, who’s taking a second run at the mayoralty, said that while there’s a need for some parking downtown, surface lots are at the bottom of the ladder in terms of using core real estate.

The current vacancy rate has created a window for owners to pivot towards a new source of revenue.

“I hope people are in a position to take advantage of it,” said Motkaluk, 50. “It’s a risk, right? We, as a city, should hope that investment generates a return for them.”

“I want to be cognizant,” said Shone, 45, who owns Wilderness Supply. “These are people and companies who run these (parking) businesses. But, I think we need to reconcile the two.”

He said mixed-use developments that replace now-empty spaces will generate more property tax for the city.

“What we really need to do, next, is make sure people are living downtown,” he said.

“What we really need to do, next, is make sure people are living downtown.” – Mayoral candidate Rick Shone

Many people — particularly those who are not heterosexual, cisgender men — find that a low-density downtown has implications beyond esthetics and economics.

American-Canadian journalist Jane Jacobs, author of the 1961 classic The Death and Life of Great American Cities, developed the concept of “eyes on the streets.” The principle dictates that an urban environment with more “eyes” — or people — on a street is safer than one with fewer of them.

Coun. Sherri Rollins says she takes a feminist perspective on downtown development and is a proponent of safe cities by design.

“It’s just not safe to walk across these long parking lots,” said Rollins (Fort Rouge — East Fort Garry). “It doesn’t feel great, it’s also ugly. We can elevate our city and make it a lot more dynamic by really thinking critically around (lots).… The central organizing goal of a city shouldn’t be parking.”

Rollins said that when it comes to surface lots, her focus is on whether they’re the best use of land. Her answer has often been that they’re not.

The property manager who spoke with the Free Press said he understands why the city would want to get rid of surface lots, and agreed on the visual value of replacing lots with, say, a 20-storey building. The caveat, he said, is that new buildings need to be accompanied by adequate parking.

Despite Rollins’ voting record to remove parking lots in favour of new development — most recently a pad at the corner of Stradbrook Avenue and Osborne Street — she’s concerned about sufficient parking for residents and shopping areas in the ward she represents, particularly downtown.

Still, she is looking ahead to Railside at The Forks as an example of progress. The two largest surface lots downtown, located between Union Station and the Canadian Museum for Human Rights, are slated to be transformed into a mixed-use neighbourhood over the next two decades.

The plan shows a potential rapid-transit corridor to the west of the rails, and a slice of surface lots tucked to the rear of the development, in keeping with Complete Communities 2.0.

Bellamy argued that Winnipeg’s public-transportation system, as it stands, is not sufficient enough to draw vehicle users away from downtown parking lots.

Another tenet of Complete Communities 2.0 is to reduce dependency on personal vehicles downtown, and to instead promote carpooling, car sharing, walking, public transit, cycling and other modes of transport. The latest version of the city’s Transportation Master Plan: 2050 — a guide that zeroes in on the topic — is in its second phase.

A new version of the plan is expected to appear in the fall.

“It shouldn’t be a 25-year plan, it should be a five-year plan. We need to start on that immediately,” Bellamy said.

As Winnipeg gradually returns to pre-pandemic life, it remains to be seen whether the city has permanently moved beyond the need for surface parking on the present scale.

The future of those lots could be a canary in the coal mine that announces change and new opportunity is brewing downtown.

More city than we can pay for 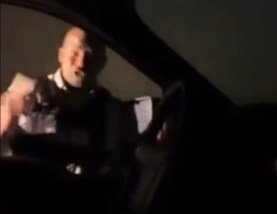 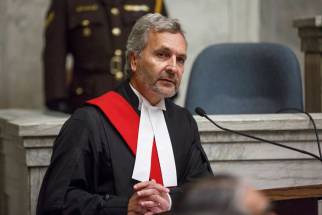 Deputy premier sorry to ‘all Manitobans’ for sexist comment 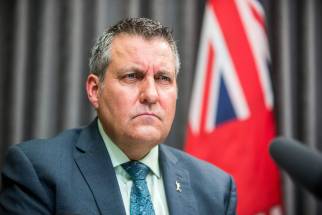 Cullen's apology for sexist remark during speech too little, too late 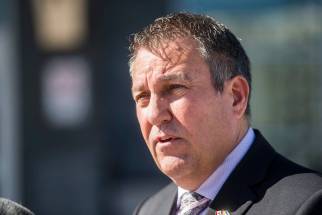 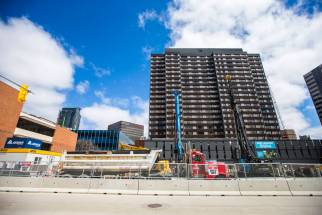 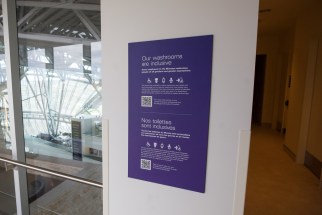 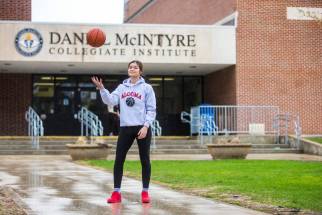 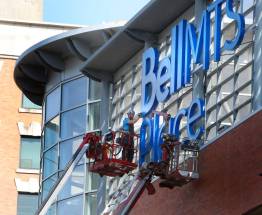 Consequences for Cullen? Premier will get on it ‘immediately’ Signs of the times