Wood played his first Manitoba Curling Association Bonspiel — now known as the Manitoba Open — in 1908 and went on to become a mainstay in the event for the next 70 years. His incredible run earned Wood, who also won the Brier three times before passing away in 1978, a place in the Guinness Book of World Records for most Manitoba Open appearances.

The Open is also in the record book as the world’s largest curling bonspiel.

“Early in Wood’s career, there was no provincial championship, and the bonspiel was the premier event in Manitoba and one of the top competitions in Canada. Having to beat many of the top teams in the province, playing three or four games a day, and adjusting to the different ice conditions at the various clubs were all part of the challenge in the years he played in it,” said veteran curler Sean Grassie, who wrote a book in 2012 called Kings of the Rings in honour of the 125-year history of the Manitoba Open.

“For Wood to play in the bonspiel 71 straight years and win eight aggregates is one of the most remarkable records in curling. Don Duguid played with Wood early in his career and Don told me Wood was as competitive at age 80 as he was when he was 45.”

Merv Satterthwaite, a 72-year-old out of St. Vital Curling Club, might trail Wood by more than two decades, but that doesn’t mean he doesn’t have a reason to celebrate this week. This year’s edition of the popular annual winter tradition, which kicks off Thursday and goes until Monday, will be Satterthwaite’s 50th consecutive Manitoba Open.

“It makes me feel old,” said Satterthwaite with a laugh on Monday. “It was never something that I set out to do. I didn’t start thinking about it until these last four or five years, so I figured I better get to 50.”

“It makes me feel old… It was never something that I set out to do. I didn’t start thinking about it until these last four or five years, so I figured I better get to 50.”–Merv Satterthwaite

Satterthwaite estimates he’s had moe than 40 different teammates throughout the years, with his best finish coming in 2018 when he skipped Heinz Warkentin, Brent Griffin, Ken Armstrong and Mike Zwarycz to the Manitoba Open’s Nott Autocorp event championship. With the victory, the group qualified for that year’s provincial playdowns.

“We definitely don’t want to talk about our provincial experiences. In the very last one, we were proud of the fact that we outdrew Mike McEwen and had the hammer in the first end and scored two points,” Satterthwaite said.

“Unfortunately, that’s going to be the end of the conversation. They woke up in a hurry.”

What makes Satterthwaite come back year after year is the people. The Open is one of the few events on the calendar where men, women, seniors and juniors are all eligible to play with and against one another. He saw the tournament peak in the 1980s when roughly 800 teams, if not more, would register. Although the size has shrunk considerably over the years (this week will see 187 teams in the full spiel and 65 teams in the half spiel), Satterthwaite still circles it on his calendar every January.

“I don’t know if I have any favourites memories, but there’s been a lot of unique ones. I think it was 1985 or ‘86 and we happened to play the European champions at the old Fort Garry Curling Club. It was (Switzerland’s) Felix Luchsinger and we caught them off guard and scored five in the first end made a short game of it. That’s a bit of a highlight.”

Satterthwaite is on the wait list for a hip replacement, so he’s had to switch to stick curling. He still calls the shots, but Satterthwaite will throw the first rocks this week for second Derek Ross, third Ken Armstrong, fourth Jose Loureiro, and alternate Anders Johannson.

It’s easy to spot Satterthwaite, who works in the automotive industry, as he’ll be the one on the ice proudly wearing his Saskatchewan Roughriders jacket.

“One of the reasons I wear it is to take the abuse, but it’s all in good nature,” said Satterthwaite, who grew up on a farm in Saskatchewan.

Despite reaching the milestone, Satterthwaite doesn’t see 2023 being his last year playing. 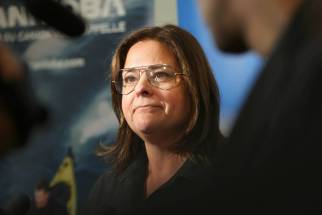 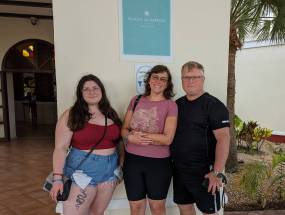 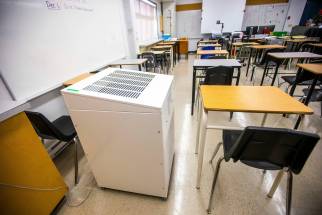 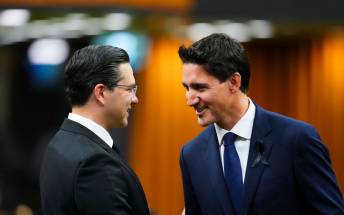 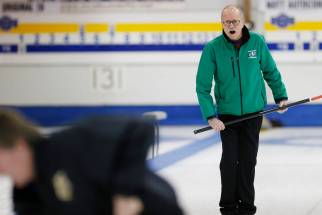 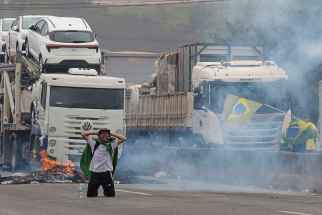 So, um… how’d you two meet? Create and connect