Premier Brian Pallister finally delivered a plan to address climate change that is the political equivalent of a Rubik's Cube.

Premier Brian Pallister finally delivered a plan to address climate change that is the political equivalent of a Rubik’s Cube.

It’s colourful, intriguing and almost impossible to figure out.

There are so many omissions and unspecified elements to the “Made-in-Manitoba Climate and Green Plan,” it will be very difficult, for now, to figure out whether it will achieve any of its stated goals. But even in its grand vagueness, there’s lots of fascinating stuff here.

First off, let it be said that, in delivering a climate change plan, Pallister has been true to his word on this file.

Manitobans who are suspicious of his made-in-Manitoba plan, or who don’t think it goes far enough to effectively reduce greenhouse gas emissions, should remember that they do not live in Saskatchewan. For it is just one jurisdiction to the west of us where political leaders deny the existence of climate change and dispute the need for carbon mitigation measures.

What do we know about Pallister’s plan?

The absence of a comprehensive explanation of how the revenue will be used makes it impossible to assess the potential effectiveness of the premier’s plan, or gauge the potential political fallout.

First off, Manitoba will levy a $25-per-tonne carbon tax starting in 2018, likely mid-year after the provincial budget is tabled. The province forecasts this will cost the average family $240 a year, and add about five cents to a litre of gasoline.

What Manitoba won’t do is live up to the demands of the federal government’s climate change framework, which requires a $10-per-tonne introductory tax, rising to $50 per tonne by 2022. Manitoba will not go beyond the $25 per tonne for the next five years and beyond.

Other known details include a modified cap-and-trade mechanism to manage emissions from the province’s largest industrial companies, and an exemption from the carbon tax for fuel in the agricultural sector. By current estimates, government number crunchers believe this plan will reduce Manitoba’s overall carbon emissions by more than one megaton over the next five years.

At a news conference held on the roof of the Duck’s Unlimited complex at Oak Hammock Marsh just north of Winnipeg, Pallister said his plan would curb carbon emissions, create jobs and modernize the Manitoba economy, making it and the environment resilient to the future impacts of climate change.

The only problem was that neither Pallister nor the army of political staff and technical experts brought in to manage the launch of the plan could explain exactly how Manitoba’s in-house strategy would meet carbon reduction targets or boost the economy. In fact, the province was unable to even explain what it will do with the roughly $250 million annually it is expected to collect from its $25-per-tonne levy. All the province would say is that it will be spent on “Manitoba priorities” with a focus on “lower- and middle-income” Manitobans.

Pallister said a new consultation process — featuring the ubiquitous online survey the provincial government naively believes is an effective way to collect public opinion — will be launched to collect ideas for how to spend that new revenue. In general, the options under consideration include but are not restricted to rebates on electricity bills, tax cuts and grants or rebates to industry, municipalities and individuals to facilitate the adoption of greener technology.

Unfortunately, the absence of a comprehensive explanation of how the revenue will be used makes it impossible to assess the potential effectiveness of the premier’s plan, or gauge the potential political fallout.

For example, using some or most of the revenues to offset rising electricity prices — largely the result of Manitoba Hydro’s ambitious dam and transmission-line construction program — will have negligible impact on carbon emissions. Yes, Manitoba electricity has a very low carbon footprint, but unless there is a parallel program to encourage people to switch to electrical heat or cars, there will be zero impact on fossil fuel consumption.

And what about those Manitobans for whom a swap to electricity is not possible. Many industries in the province — trucking and heavy construction come to mind — don’t have viable options for the utilization of alternative energy. The same goes for residents of rural, remote and northern communities that are not connected to the electricity grid and rely on fossil fuels to generate power. There is no exemption for these scenarios and no description of how the revenues could be used to offset the impact of the carbon tax.

However, those are not the only unknowns; a cloud of uncertainty also hangs over some of the details we do know.

Case in point: with a potential impact at the pump of five cents per litre, it’s fair to ask whether Manitoba’s carbon tax will have any appreciable impact on the consumption of gasoline. One of the reasons Ottawa wanted to push the carbon tax to 50 cents per litre (11.6 cents more per litre) was to reach a threshold where consumers would actually have to consider driving less, or abandoning gas-guzzling SUVs and trucks and possibly switching to hybrid or electric vehicles.

If the Manitoba tax doesn’t affect our transportation decisions, then we are paying more for gasoline without getting any of the environmental benefits. That is not good public policy.

Also unclear is the impact that Manitoba’s in-house plan, which falls considerably short of the federal carbon tax target for 2022, will be greeted in the rest of the country. In exchange for its support on the federal climate change framework agreement, British Columbia wrought an assurance from Ottawa that all provinces would exceed the $30-per-tonne tax threshold now in place in Canada’s western-most province.

Ottawa has left open the possibility that measures other than taxation could be used to achieve the required reduction in carbon emissions. Manitoba will have to make the case that it is doing enough other things to meet the federal targets to avoid having a showdown with Ottawa in court, or drawing the ire of other provinces.

Pallister’s plan claims it will cost Manitobans less and achieve more than the federal plan. That is theoretically possible, but Pallister will have to deliver on the fine print before anyone can tell for sure.

To date, the made-in-Manitoba climate change plan is little more than a new tax and a whole lot of political hyperbole. Pallister has only a few months left to reveal the rest of his plan — really, the gross majority of the plan — and show how Manitoba can have its carbon cake and eat it too. 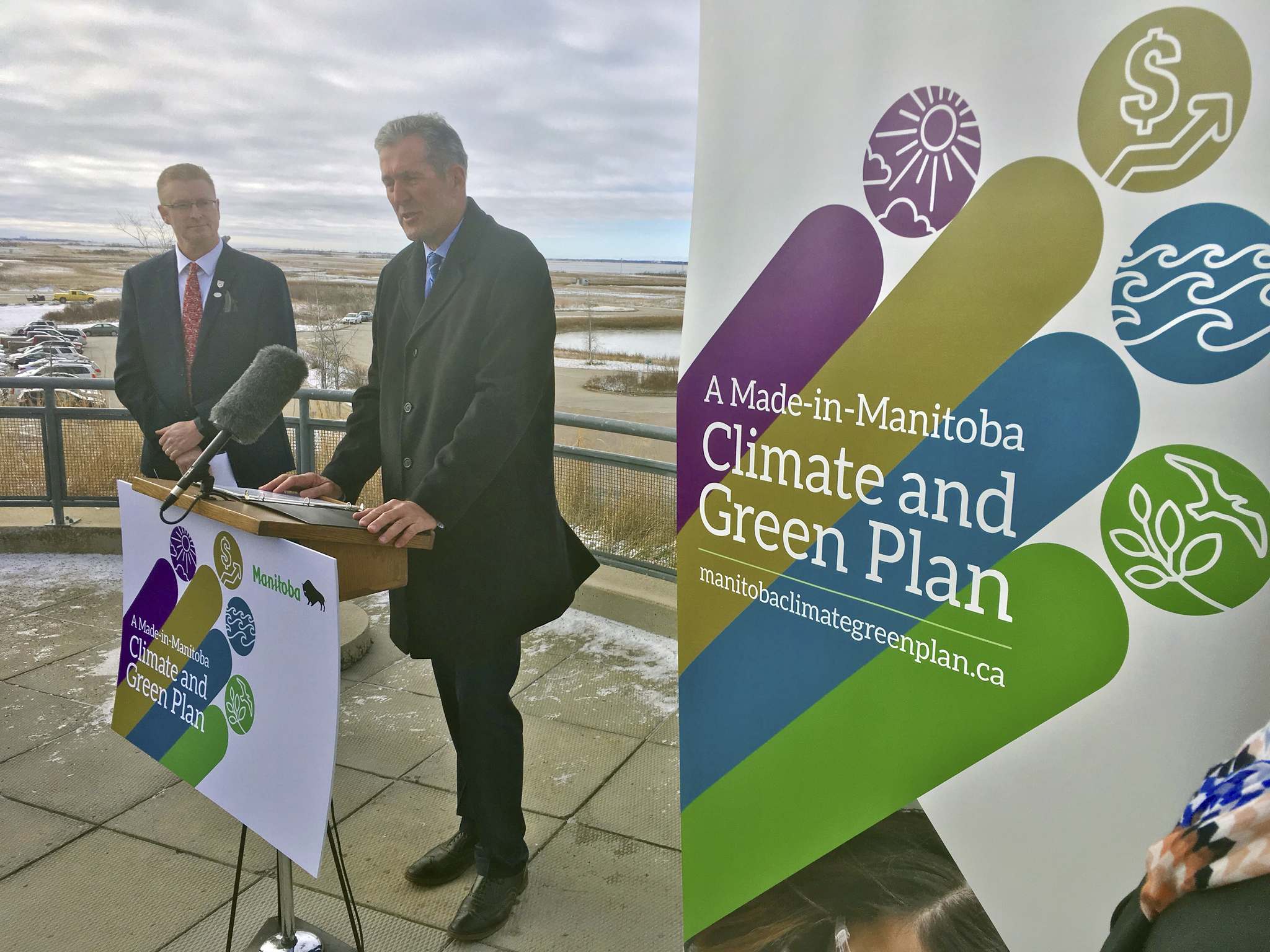