Grandpa fought many battles, but won his war

Beneath his scars, soldier's love for his family shone through

I asked him once: why did you go?

“Everyone was going,” he said, ending the conversation.

My grandfather was like many Indigenous veterans. He didn’t have to go to war, he chose to.

Indigenous Peoples in those days weren’t Canadians, they were Indians.

But, like 12,000 other Indigenous men and women who fought in two world wars and other conflicts, he enlisted.

Grandpa was raised in a residential school. While there, he was abused sexually and physically. He never spoke about this — we found out long after he died.

One of the worst legacies of violence is silence.

When Grandpa was 14, the Second World War broke out in Europe. Soon after, he lied about his age and signed up with the Armed Forces.

He chose the war over another year in residential school: bullets over nuns.

Following his friends and two brothers Melfort and Elmer (who enlisted, too), he loved his family.

Try to remember that during this next part.

As soon as Grandpa signed up, he also enfranchised himself, giving up his — and his children’s — Indian status. Indigenous soldiers had to become Canadians before they could be sent to fight.

This meant Grandpa was no longer an Indian in the eyes of the government. He could not live, travel to or be buried on reserve.

He was literally cut off from his community. He could not access anything under treaty.

In those days, being an Indian meant a lot fewer rights and second-tier status. As an enfranchised Indian, he could now own property, work off-reserve and vote.

Grandpa trained and was assigned to the Toronto Scottish Regiment. He was on the ground in France, a brutal scene of combat.

He returned a short time after, injured for the rest of his life. By that time, he had started a family and tried to find work in Winnipeg.

No one wanted to hire a wounded Indian, though — so he found what work he could, mostly in the mines in the north.

Staying in Winnipeg hotels, he waited for calls to go up north, and sent money and visited home in Selkirk when he could.

Around this time, what was a casual drinking habit — something he did with his army buddies — became an issue for Grandpa. Soon, he began to drink more and more.

When he drank, Grandpa was a combative, moody and abusive man. The cycles of abuse he learned in residential school, added to the trauma he experienced during the war, made him a difficult man to be around.

During the worst of it, he hurt people around him, especially his children.

My grandmother — the person my grandfather loved more than anyone — died giving birth to my uncle. That’s when things went really bad.

Most stories about him during this time involve violence, including him seeking out guys to fight. One time, he got beat so bad he was hospitalized with permanent disabilities.

My great-grandparents removed my dad, my two uncles and my aunt from their home, and raised them. I pray and say thanks for them every day.

This isn’t the end of Grandpa’s story. In fact, none of this is my story of him.

I was the first grandson in my family. To Grandpa, I was a big deal — for whatever reason.

He wanted to come and see his grandson. He was drinking a lot during those days, though.

My dad confronted him.

He told his father he would never see his grandson if he was drinking. I can only imagine the bravery it took for my father to do that.

Grandpa quit drinking. He chose me over a future no one would have blamed him for.

He easily could have drank himself to death. He was a residential school survivor with post-traumatic stress disorder from the war.

If he had died that way, it would have been yet another tragic story.

But he chose something different than the violence that had characterized his life.

Grandpa began to visit me when I was a baby. He lived with us for a bit. When I was school-aged, he got an apartment nearby and I used to go visit him by myself.

My parents would leave me there for a few hours, where he and I would have lunch, watch TV or play with toys he had bought for his grandchildren.

We didn’t talk much. You see, Grandpa was almost completely deaf — one of his many injuries.

So we passed notes, mostly with messages such as “turn the channel.”

I spent most of my visits rolling cigarettes for him. I must have rolled a few thousand from the ages of eight to 16.

I remember the laughter. Grandpa was one of the funniest people I ever met. While we could barely communicate, Grandpa was always teasing me, playing tricks or pretending to chase me.

All I knew was love from Grandpa. Every day I spent with him, he showed me how peace, kindness and commitment to another person can change everything.

My cousins and sisters say that’s what he showed them, too.

Grandpa couldn’t change the ugliness of the past — still very much a part of my family’s life — but he showed me what love is. I try to live up to his gift every single day.

Grandpa’s biggest war was to be a good Anishinaabe in a world that didn’t value that.

National Aboriginal Veterans Day is celebrated each year on Nov. 8. 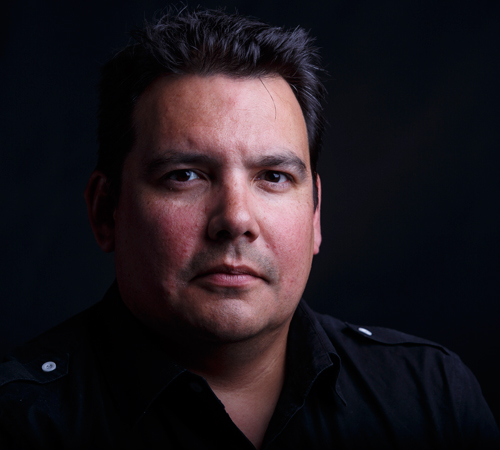 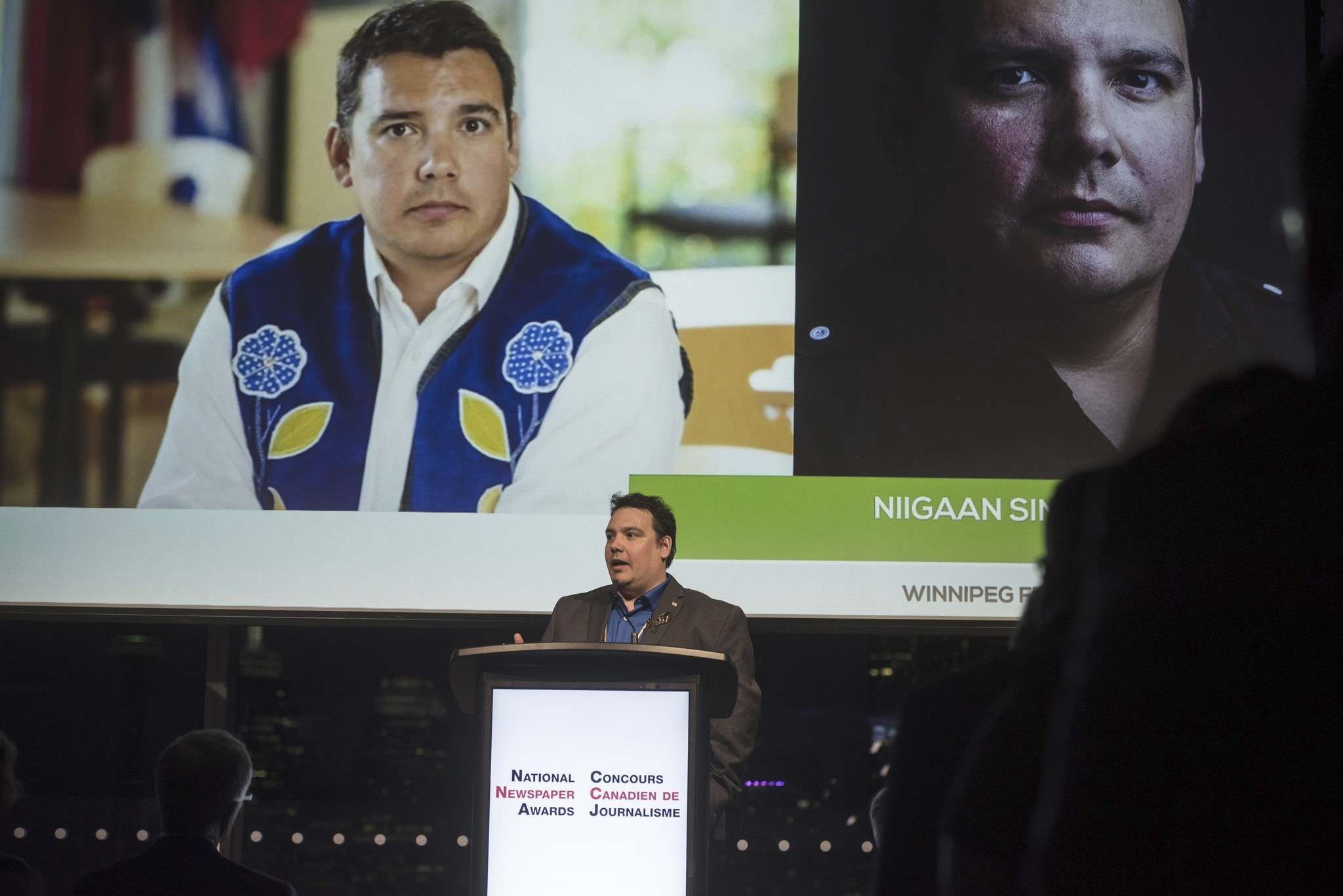